Can You Ever Truly Wipe the Slate Clean After Your Partner Cheats? 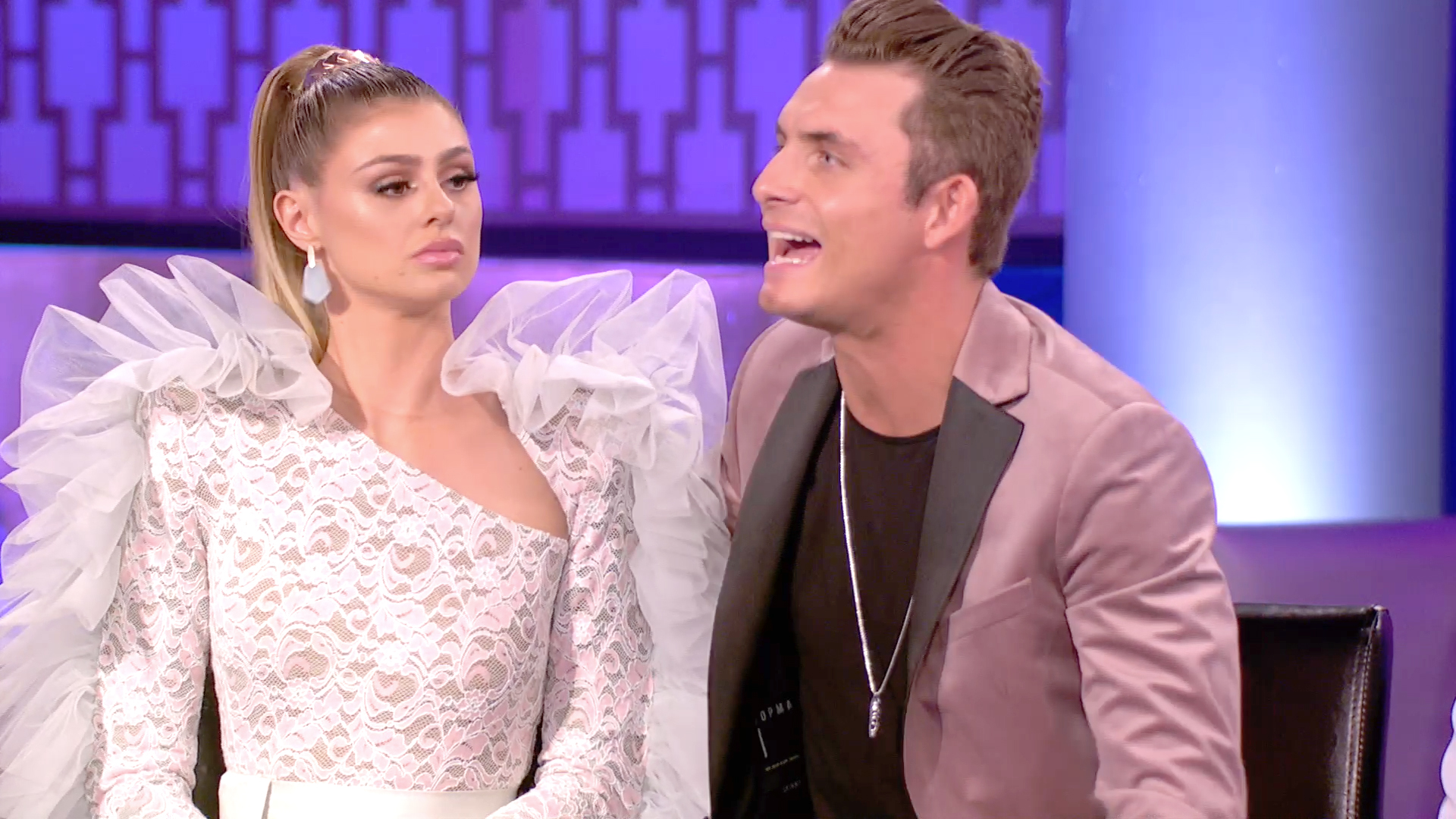 If you somehow got past Raquel Leviss' ruffle dress on the first installment of the Vanderpump Rules Season 7 reunion, then you may have heard her finally admit she thinks her boyfriend, James Kennedy, wasn't "completely" faithful to her before they moved in together.

As Ariana Madix explained, the two decided to start fresh after Raquel moved to Los Angeles full time, which meant no more of James hooking up behind her back, but in full view of nearly every other cast member. (He denies he ever cheated, claiming everyone is just out to get James Kennedy.)

The cast is super annoyed at Raquel for ignoring all the reports, calling her "dumb," a "Bambi-eyed bitch," and so on. But maybe Raquel and James did really start fresh?

For example, there's Summer House stud Kyle Cooke and the persistent rumors he cheated again on his girlfriend, Amanda Batula. Now they live together and are engaged.

Is it possible to really have a clean slate after so many cheating rumors? Or is it always going to come up?

What’s Actually Worth Fighting over When You Move in with Your Partner?

According to Stassi Schroeder, who has eyes in the back of her head, no. She says on the reunion episode that if she heard even a whisper about Beau Clark stepping out on her, she'd launch a full investigation. You'd better believe it.

Susan Elliott, author of Getting Past Your Breakup, told Personal Space sometimes it's just impossible to get back to a place where things are fresh after someone cheated.

"I honestly do not believe you can truly have a clean slate. What normally happens is that the partner who was cheated on becomes very hyper-vigilant and watches every move the other partner makes. They essentially lose themselves to the relationship. It may trigger codependency, anxiety, and depression," Elliott said. "It’s a terrible way to live. Otherwise, they may just go into complete denial and not want to know what is really going on. Either way, it’s suffering, whether the person wants to admit it or not."

There are some exceptions, of course.

"Sometimes if there is an intervening factor, like someone cheated when they were drinking and they get sober, a person can reform but the chances are usually highly unlikely unless something dramatic (getting clean/sober, having a near-death experience) happens," Elliott said.

Therapist Sandi Kaufman told Personal Space betrayal is complicated by many factors, such as "whether or not the sex incorporated a long term affair between partners involving a deep emotional connection, or one-off sex workers, and everything in between."

"Healing and moving forward from this type of betrayal requires a deep investigative period of discovery and healing, particularly for the hurt partner," Kaufman said. "It is typically very challenging for most people to move on from a single short-term affair."

Repeated cheating speaks to deeper issues, she added. "Is the affair reflective of a sexless primary relationship? Does the person who has the affairs have mental health issues that prevent them from forming deep connection and intimacy with their partner? Do the partners need individual therapy as well as couples work?

"I think of recovery from an affair as a multi-step process that requires time and patience. If both partners are committed to the process and to being transparent and honest, they begin a new chapter in their relationship. It’s not a clean slate but rather a launching of a new phase that takes into account the affairs and what the couple learns as a result of all the work they do to understand why the affairs happened. They take the information learned from this period of discovery and incorporate into the new potentially deeper phase or chapter of their relationship."

So, James and Raquel, she's saying there's a chance.

Raquel Leviss Got a Job a SUR?!

Does Raquel Leviss Finally Know Who Charles Manson Is?