Scheana: I Was Nervous About Seeing Stassi

Are these two at it again?

Welcome to the reunion... This is always one of my favorite things to film because it's current. It's where we are at in our lives right now, and I'm happy that everyone can see that. Going into the reunion, I was definitely a little nervous about a few people. I hadn't seen Stassi in several months, and you never know what to expect from her. I also hadn't spoken to Kristen in almost six months. Since the season wrapped, Katie and I have gotten super close, and obviously Ariana is still my best friend, so I had good backup going into this.

The whole newfound friendship with Stassi and Kristen caught us all by surprise, but like Katie said, Stassi picks her friends based on what they have in common and as long as they hate the same people. Stassi's reasons for hating me are beyond ridiculous, and I've apologized for any misunderstandings several times. I understand that she thought I said and did some things I didn't do. I've explained this to her numerous times. No matter how much I dislike someone, I would never wish bad things on them--career or personal. Everyone knows I always want the best for everyone. A little over a year ago, an ex-boyfriend of Stassi's showed me a video that she had sent him. I didn't know what to think. I was shocked. The first thing that came to my mind was why would you send this type of video? Yes, I watched it, and I feel bad that me watching it hurt her, but when it was in front of my face, it was hard not to, and also I knew he was the type of person who would sell it to get back at her.

Show Highlight
Stassi Reveals Why She Doesn't Like Scheana 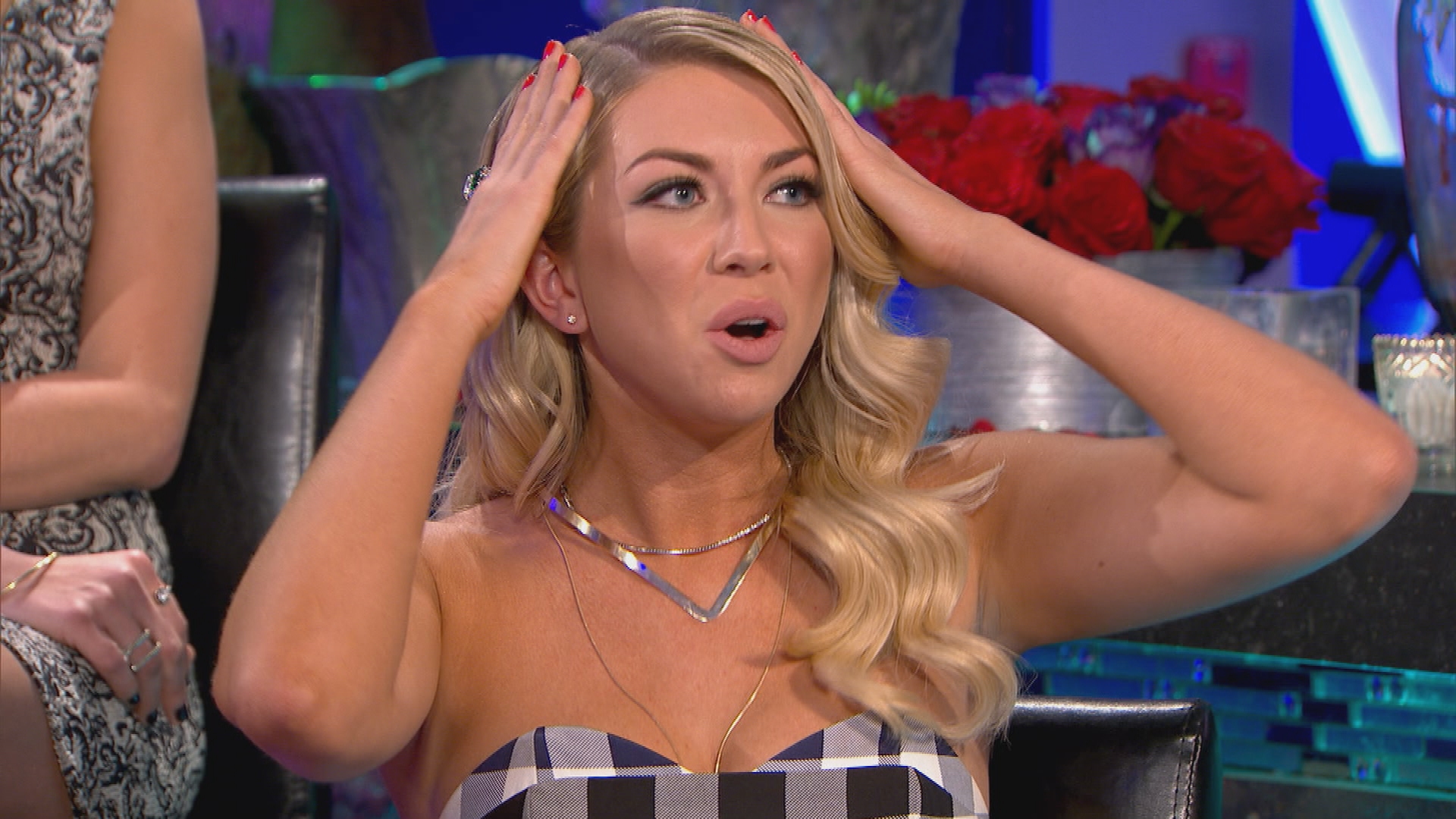 Although she and I weren't friends at the time, I felt a sense of responsibility to help this not come out.

Although she and I weren't friends at the time, I felt a sense of responsibility to help this not come out. Unfortunately, through the game of telephone, word got back to Stassi that I was the one helping try to sell it. This couldn't be further from the truth. This guy asked me for my tabloid contacts, and I said hell no. You can't do this. This could ruin her life. Please, please don't. He promised me he wouldn't. This whole situation died and went away, and I didn't think it would ever be brought up again until Stassi herself brought it up at the reunion. I thought we had moved on from this. We've already spoken about it, but clearly she was still hurt in thinking I had some part in this coming out. Anyone who knows me knows that is the furthest thing from my character to want something like this to come out about someone. I never meant to hurt Stassi by watching it. I was honestly trying to diffuse the situation. I thought by watching it I'd know what we were dealing with if he tried to sell it and how I could stop it. And I DID! It didn't come out. He didn't sell. I helped with that. I just hope Stassi knows that I never wanted to hurt her no matter what our issues were. I never wanted this to come out, and I did whatever I could to stop it.

All Posts About
Scheana Shay
You May Also Like...
Recommended by Zergnet
Latest Posts

Beau Clark Is Standing Up For Stassi Schroeder

Stassi Schroeder, Tom Schwartz, and Tom Sandoval Get Into a Screaming Match