This Is How Lala Eats Jax & Brittany's Beer Cheese, in Case You're Curious 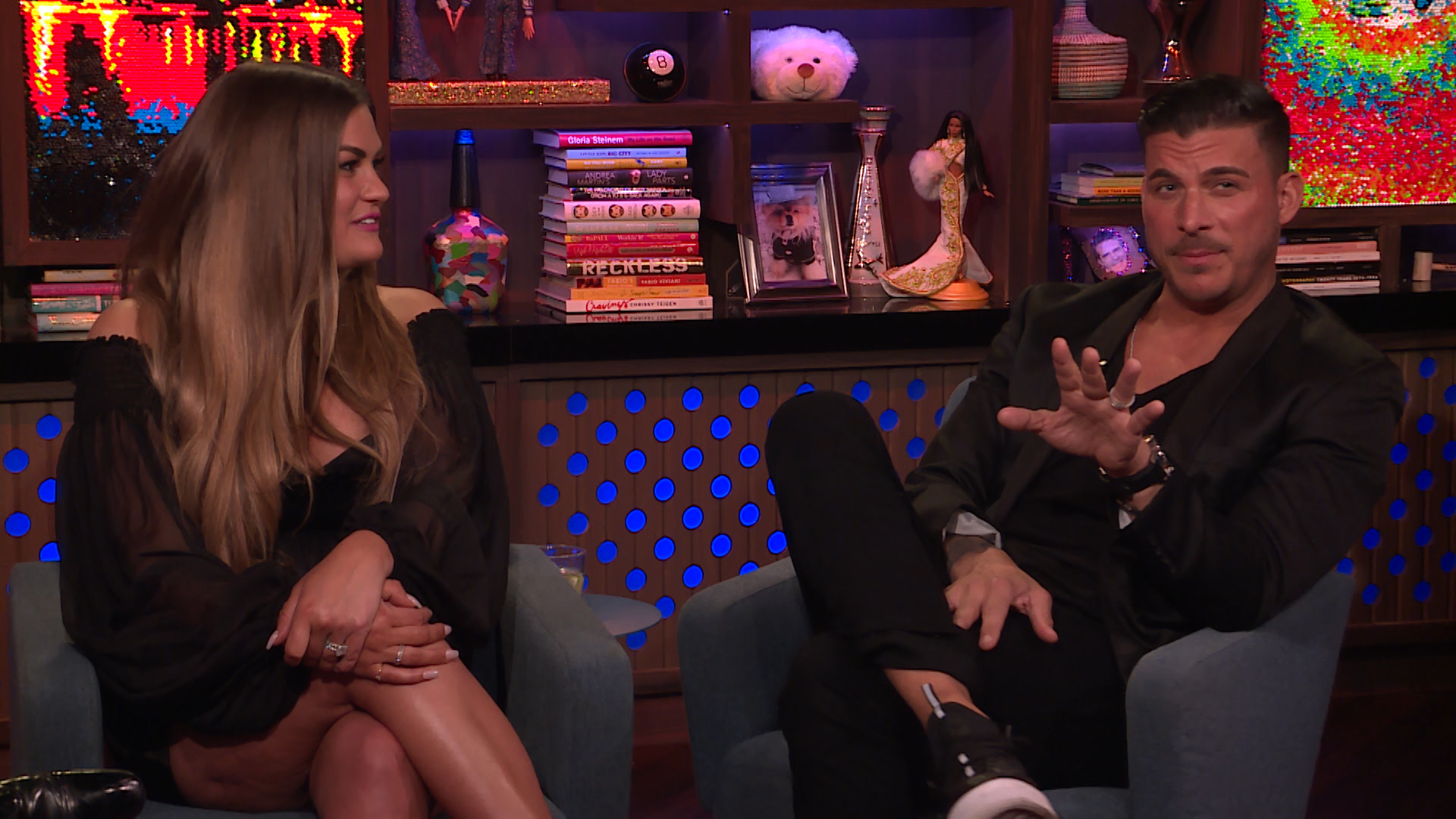 When Brittany Cartwright and Jax Taylor appeared on Watch What Happens Live With Andy Cohen recently, they had news to share regarding their long-in-the-works beer cheese business. In the clip above, Brittany shared that Mamaw's Beer Cheese will be available to the general public early this year. But of course, Lala Kent is not the general public.

Being friends with beer-cheese creators has its perks, and one of Lala's recent Instagram posts indicated that she's already gotten her hands — her manicured, diamond-ring-endowed hands — on a tub of the hotly coveted dip.

In the photo she shared, Lala showed herself about to dip some crackers into her friends' new product. The post also showed off the cute packaging, which features an illustration of Mamaw wearing an apron against a pink-gingham backdrop.

Lala's not the only Bravolebrity who's gotten an advance taste of the cheesy snack. Andy Cohen sampled it last year, and had this to say about it: "It's amazing!"