Catfights, Ron Ron Juice, and Lea Black - oh what a week it’s been.

Tuesday night was filled with the gloriousness of one Ms. Joan Collins. She is classy and spicy and came to our studio clad in a white, sequined blazer. How can you beat that? Answer: you can’t.

Now, the 'Real Housewives' franchise has given us wig pulls, table flips, and year after year of Posche Fashion Show meltdowns. However, I must say, I’ve never seen anything quite as impressive as the Alexis and Krystle fights on 'Dynasty.' The WWHL staff knew that this level of lady-on-lady fighting was screaming for a remix. So, that’s exactly what we did. Check it out…
Show Highlight
TV's Quintessential Catfights 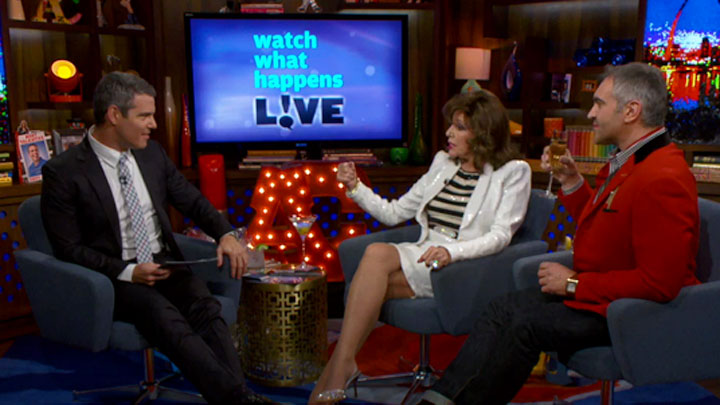 If I can only be granted one wish from my Giggy in a Bottle, may it be that I am lucky enough to engage in a fight that results in being pushed into a lily pond. *Fingers Crossed*

(P.S. I don’t actually have Giggy in a bottle. Lisa Vanderpump, please don’t have me arrested.)

Wednesday night, we were joined by the ladies of 'Jersey Shore.' I must say, every single member of the 'Jersey Shore' brood is so darn nice. They’re like a modern-day version of 'Full House.'  Think about it, Pauly D is the perfect uncle. He has the same fervor for hair products as Uncle Jesse and the loveable laid back nature of Uncle Joey. Snooki’s baby, Lorenzo, is so lucky!

Speaking of fervor, I cannot stress how much our staff loves Ron Ron Juice. No, it’s not that we actively seek it out. However, when our 'Jersey Shore' friends stop by, our awesome Production Assistant, Tori, whips up a few pitchers. After the show is over, the WWHL staff scrambles to get a glass of the slushy beverage. It’s ice-y, it’s watermelon-y and it’s full of booze. A perfect post-show cocktail!

Finally, we ended our week with the fabulous “Mayor of Miami,” Lea Black. I love Lea Black. I love her jewelry, her chuckle, her family and her Galas. Thanks to Amy Phillips and her spot-on impersonation, we had not one, but TWO Lea Blacks for the night!

After the show, Amy and Lea stuck around for a few moments and chatted by my desk.  I can only hope that the two of them will have a Kiki in Miami, and that Elaine Lancaster will be there, and maybe a fight will break out, and maybe someone will get pushed into a lily pond, aaand maybe that person will be me! Dream accomplished! However, I promise we will not splash water on Lisa Hochstein’s speakers and ruin her party. 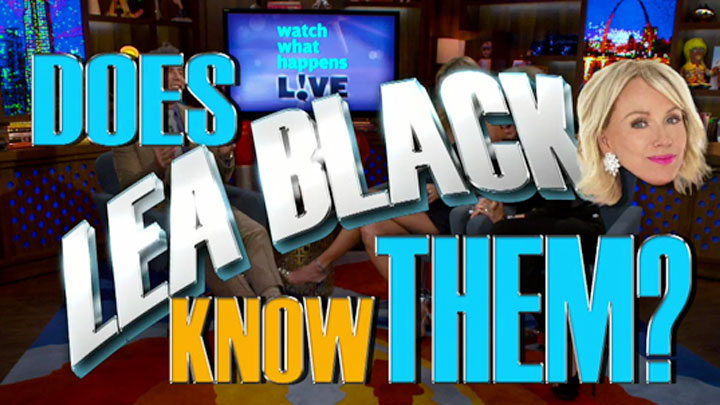 3 Things We Learned from Last Week's #WWHL After Show

‘Tis the End of the Eighth Season

7 years ago
See All Posts
Latest Videos
After Show

Margaret Josephs on Teresa Giudice’s Involvement in the Hair Pull

1 hour ago
See All Clips