Ahoy mateys. This week Bethenny navigated the stormy seas of relationships and also helicopter pads. Let's recap shall we?

Give Him a Lift
Ever busy, Bethenny's at a photo shoot with her good pals Jake and Stacy. It's Christmas themed, which is super adorable. And so like all the Christmases I've ever been to, the photographer instructs Jake to kneel in front of a plate of holiday muffins (normal yuletide behavior). During this interlude, Jake admits that he’s a "Jewish Six Feet" which means 5'10" without lifts. I didn't know actual humans wore lifts outside of movie sets and. . .theater sets? But if it's working for Jake, have at it. As a short woman, I know the power a couple of inches of heels can give you, and I support him reaching for the stars --

albeit with a little assistance. Sadly, it wasn't all holiday treats, Bethenny is dealing with birthday backlash from Jason, and trying to keep things together for their impending boat ride. She's worried about everything that happened, but ensure if Jason's even still thinking about it. And besides that there's décor drama.

Seeing Red
Bethenny is inching ever closer to homeless as the renovation on her new apartment has not yet begun. The Gomez Girls haven't responded to the architects requests and so work is at a standstill. Bethenny had to play "Renovation Ref," which is a fairly unfun role, even as far as referees go. After discussing the chairs Brooke and Jason have tossed from NYC windows, Jason calls in to lay the smackdown. Unfortunately things were semi-settled at this juncture, and it makes the situation even more bungled. . . then Marc arrives and it's even more awky. Thankfully Bethenny is super decisive. Hippo painting here. Bar somewhere. Bathroom just like this. Done, done, done. Looks like all is back on track.

Doctor With Borders
We had a new doctor to the places B is willing to take us, her chiropractor. As they discuss the intricacies of her neck, B admits that she's not sleeping well, and then finds that this doctor is sleeping alone. Matchmaker alert: B can fix this.

Unfortunately, this doctor wants to keep it professional. He was in fact a tough nut to crack (much like a walnut). Seems like he won't be added to the inappropriate rolodex anytime soon, which is unfortunate. I think if we had gotten past his bedside manner shell, we could have found his bedside manner center. Know what I'm saying?

A Tangled Web
At a meeting to strategize the Skinnygirl website, B checks in on Jackie and Julie's mental states. Both gals are dating guys long distance, so B wants to know if they're planning on staying in NYC for the long haul. Jackie says she's committed. . . and Julie immediately bursts into tears. That's not necessarily the best sign. Perhaps Julie needs to figure out what she should do and if it's time to maybe let her life revolve around herself and not Julie. . .

Birthday Blues
At Dr. Amador's B discusses the birthday disaster, and how Jason is mad because she didn't include his parents in the festivities. Bethenny is upset because even though Jason swore he wouldn't "rip her" again, he did. (Rip is really a term I don't hear except on Bethenny. What say you folks? Do you say "rip" in that context?) Bethenny is having a hard time because she feels like she's trying so hard, and things still aren't working. Dr. Amador really hopes that Jason will be able to open himself up to change and therapy, and hopefully this boat cruise will help.

So Julie and Bethenny plan for the "relationship building" boat cruise. Bethenny’s really hoping that inside Jason shows up, and we'll have to wait to see which one arrives.

Today’s moment of zen: Bryn’s ballet class. Sigh. So adorable. So what if Bryn doesn't want to dance and she just wants to play with the hair of the other girls in class. That's her choice! Maybe there's another recreational activity out there for her. . . like beauty school.

RaRa’s Infinite Wisdom
RaRa is like a shaman of insight. When Bethenny and Veronica (RaRa as Bryn calls her) go out for margaritas, they go deep. Veronica feels like men don't analyze things, which seems generally true. Bethenny is also sad that Jason's dry humping the air and the romance has gone. Also at issue, farting. Apparently Bethenny and Veronica are having a lot of problems with men passing gas in their presence. The bartender claims he just holds on to the urge if it strikes him -- which is exactly the right answer! Humans of America, if you have to let one loose, go into a private area. Don't do that bit of business in the presence of your beloved. The world is not your fart closet. Your closet isn't even your fart closet. Your bathroom is. Mitgate those to that location as much as you can.

Fight or Flight
And finally, it's time for Jason and Bethenny to actually fly off for the boat cruise. . .unfortunately it’s not a simple toss your weekender bag into the helicopter and get going. Mere moments before the brood is bound to board, Bethenny wants an apology from Jason about the birthday bust up, and things get heated. . . 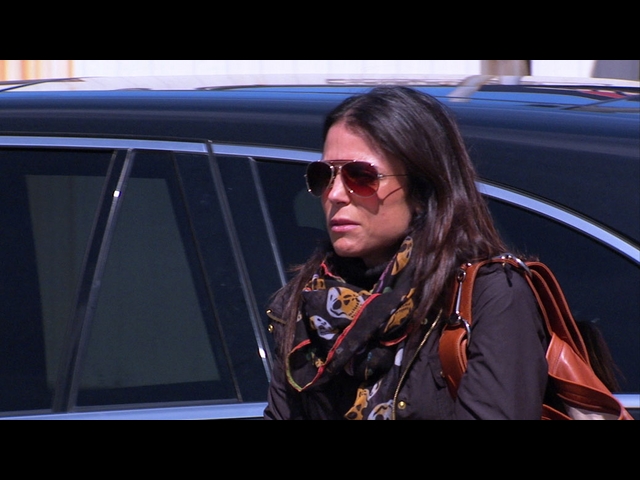 We’ll have to wait until next week to see what eventually gets Jason on board. Until then what do you think? Will this boat cruise help these to?

The House That Booze, Dreams, and Passion Built