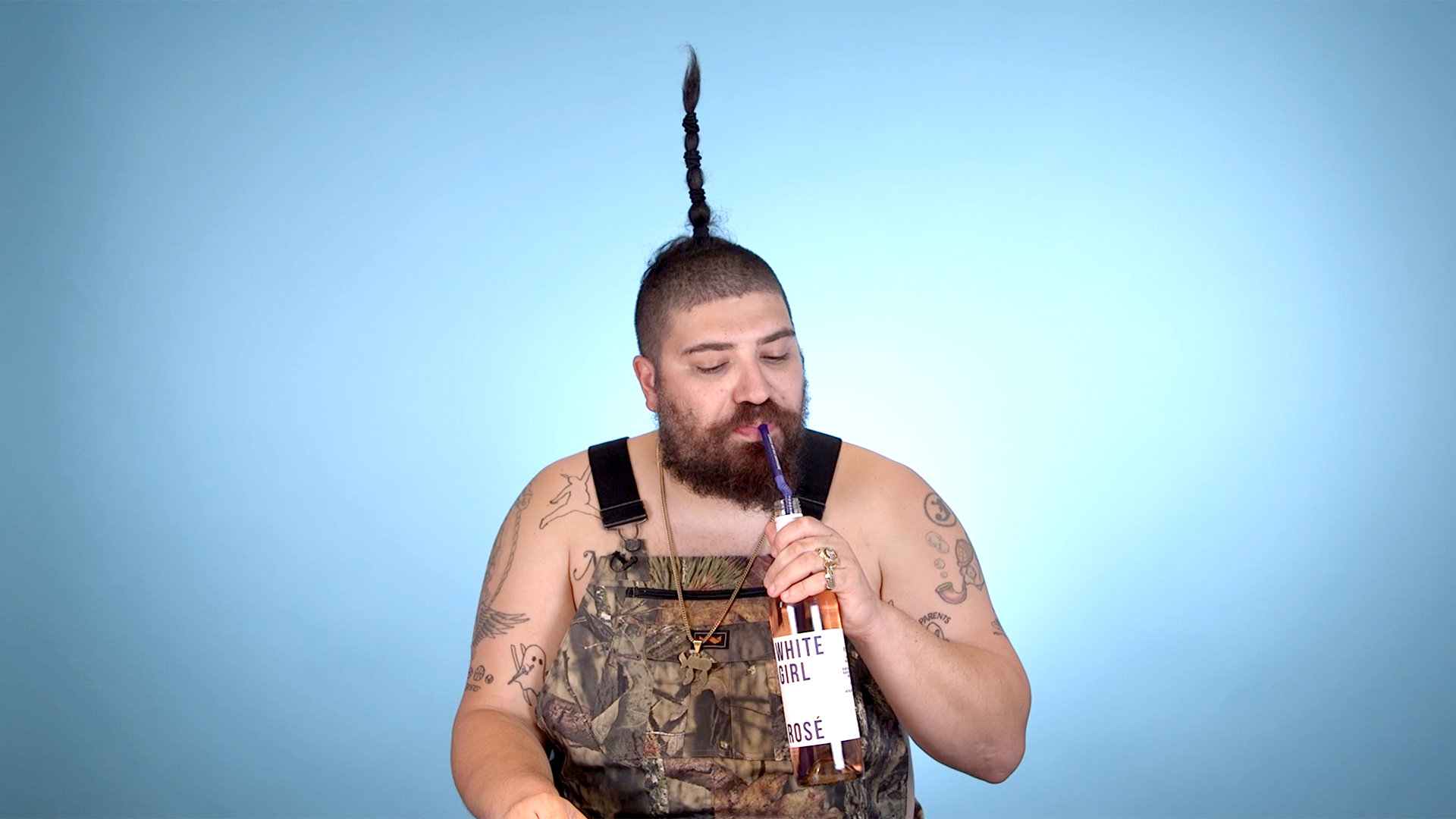 Who doesn't love rosé? No one, that's who. And that's especially true of social media celeb The Fat Jewish (AKA Josh Ostrovsky), who loves the wine so much that he has his own brand, called White Girl Rosé.

So it's fair to say that when it comes to rosé, The Fat Jewish knows his stuff. So who better to share tips on the best way to drink it? We recently sat down with him to get the inside scoop on proper pink wine etiquette.

Rule number 1: "Just don't be a jerk about it, you know what I mean?" he asserts, setting down his bottle of rosé, with a conveniently supersize straw in it for easy sipping. It's not a super-fancy vintage wine, so there's no need to put on your wine snob hat, he adds.

Rule number 2: "Make sure it's cold. Make sure it doesn't taste like a diaper," he says. That's probably solid advice for anything you're serving.

Rule number 3: Drink it out of a straw. "Because, like, you don't need a glass. It's already in a glass," he explains. Excellent point. Just make sure your straw is extra-long.

ROSÉ SEASON IS UPON US. Go to www.swishbev.com and buy that pink in either a bottle or a can (yes, it comes with the long straw) and embrace your inner basic bitch. Everything is 20% off SO DO IT NOW, DON’T BLOW THIS PLZ.

Rule number 4: "Don't be afraid to waste it," he says. "Pour it in the pool, or on your friend, or just in some bushes. We make it relatively inexpensive so that you can do that." How thoughtful!

Rule number 5: It doesn't have to be seasonal. "You can drink rosé whenever, you know what I mean? You could like spread yourself out, bearskin rug, in front of a roaring hearth, on a crisp December day and you can drink rosé." Sounds cozy.

He did, however, have one warning about rosé. "I will say this, it can be dangerous. It does sting," he cautioned. "I've filled up jacuzzis and all kinds of things, sat in it, and it does burn a little bit. It looks good…but then also it gets in an open cut, and it can definitely hurt, but I think it's worth the danger."

You Can Now Drink Rosé Out of a 40-Ounce Bottle

Rosé Drive-Thru Opens in the Hamptons for The Summer