The tension is mounting! This episode was such a horrible tease, since we only get a glimpse at the wedding. We've been waiting for weeks to see that wedding jumpsuit in action, COME ON! But good wigs come to those who wait I suppose, and there were still plenty of entertaining moments during the pre-wedding panic.

Jen returns! Tears are shed and our Lucy is reunited with her Ethel. Jen couldn't be happier to have shed the matron of honor stress, and now gets to go back to doing what she does best -- drinking with Kim. So while lashes are applied and hair is curled, Jen sets off in search of the booze. And Kim's antibiotics. Hold up. Aren't you supposed to keep alcohol far away from you when on antibiotics? Well for mere mortals these may be the rules, but not for Kim Zolciak. By the divine grace of her wigs, it would seem that Kim somehow managed to keep her liver intact. (Although I guess we haven't gotten to the big event yet...)

I was also a big fan of how Jen totally called out Brielle when she suggested that Kim drink her red wine through a straw, as this is the commonly known way to avoid wine teeth. Whoops! Though I doubt Brielle is out with her friends drinking bottles of red and hiding it by drinking from a straw. Everybody knows (Phaedra moment!) that teens opt for classy alcoholic beverages like Mike's Hard Lemonade, Zima, and wine coolers. Duh! 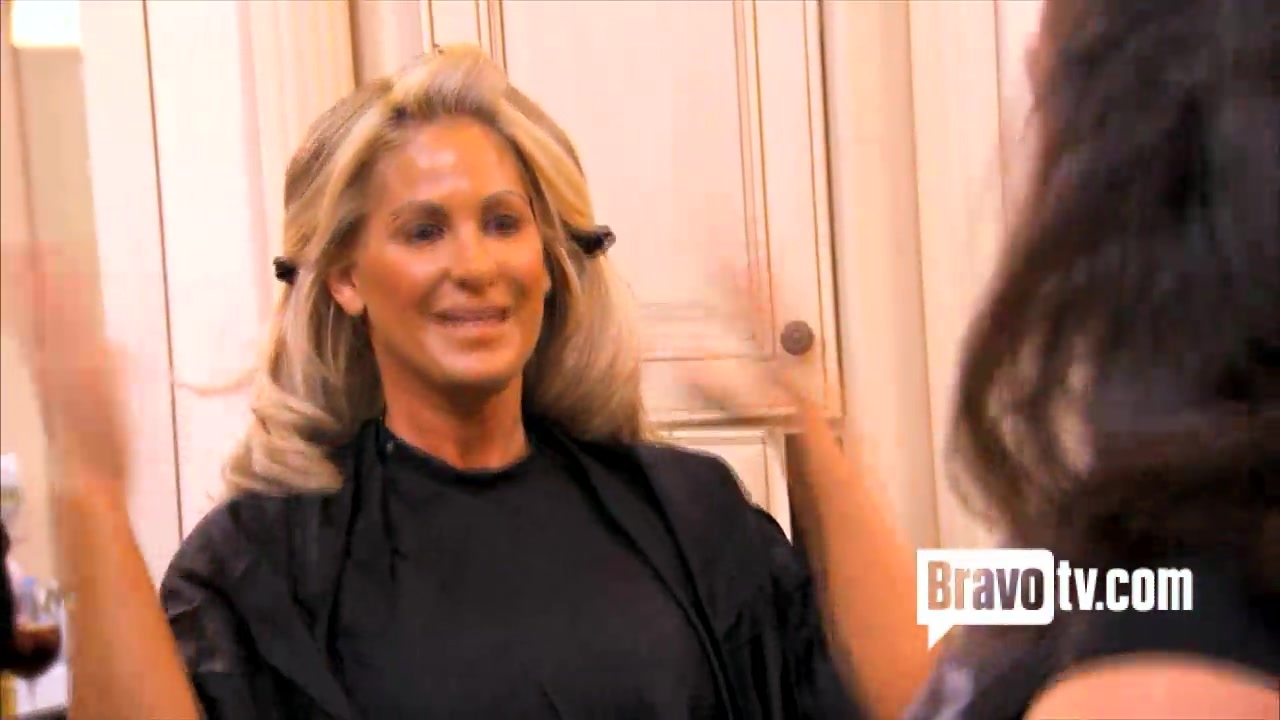 Kroy and Coy in a Porsche? That is one extra hot ride... But I digress.

Forget looking for men in the gym or the grocery store, evidently they're keeping all the good ones in Montana (or just on the Atlanta Falcons, hard to say). Seriously, did Kroy come off some previously unknown planet for hot and sweet men? He's just calm, cool, and totally ecstatic about marrying Kim. No wedding day jitters, just complete confidence in the fact that he's finally found the woman for him. He always manages to keep it positive: "The years ahead of us are going to be nothing but happy and successful and enjoyable." This guy is cuter than KJ and Chanel combined. Well, almost, but that's still saying something.
Show Highlight
Off the Practice Field and Into the Real Thing 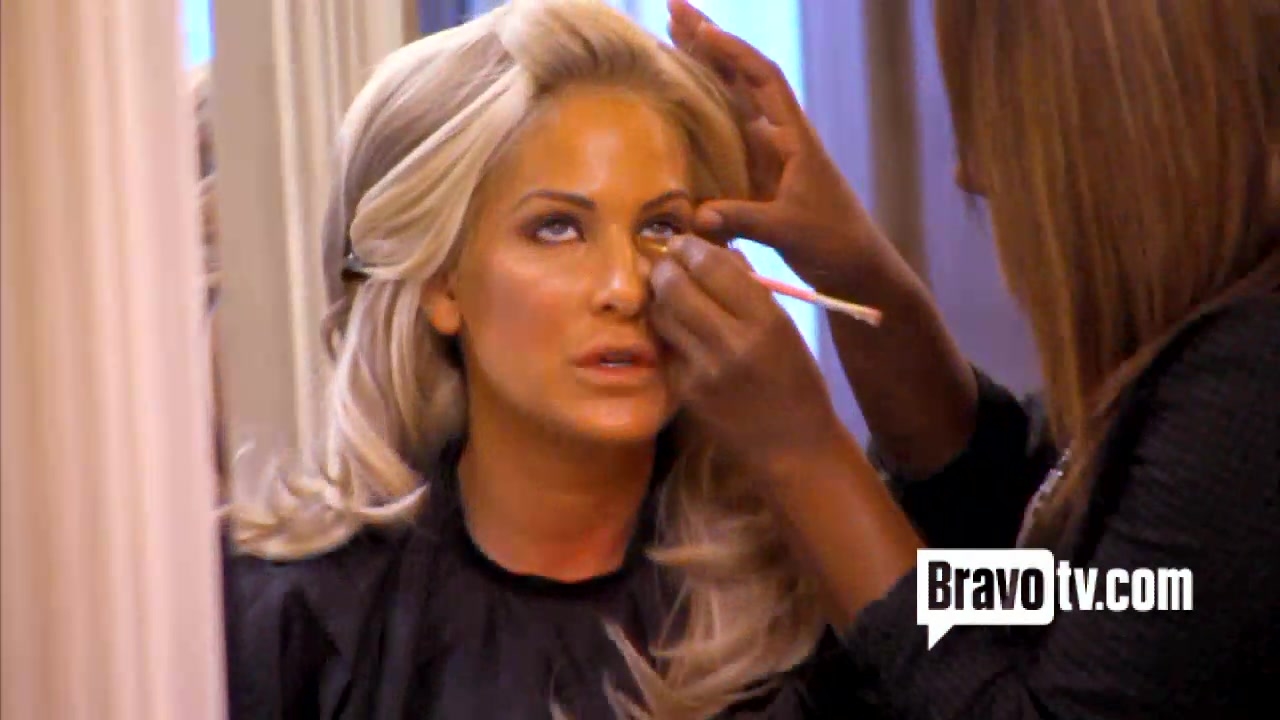 If there's one thing that really seems to be stressing out Kim to no end, it's getting her wedding wig cut. She was so adamant about having it done before the wedding day, but that didn't happen. Derek J didn't even make it to Kim's house until two hours before the big event. Why you ask? It would seem that Kandi hijacked Derek J for "ten hours" that morning to give her a wedding-worthy 'do. Ten hours? What in the world was Derek doing to her hair? In that amount of time he probably could have crafted and cut an entirely new wig for her. Now I'm dying to see what exactly he did to Kandi's coif.

I also love the Derek J just doesn't take any BS from Kim. As soon as she starts going off on him, he fires back by calling her ma'am. I think that's the equivalent of your parent using your full name to yell at you in Derek J's universe. Let's hope he doesn't displease Kim with his wig cutting.
Show Highlight
Just 5 Minutes to Breathe

Next week's the main event. Will it be a dream wedding or just a nightmare?
Preview
It's About to Go Down! 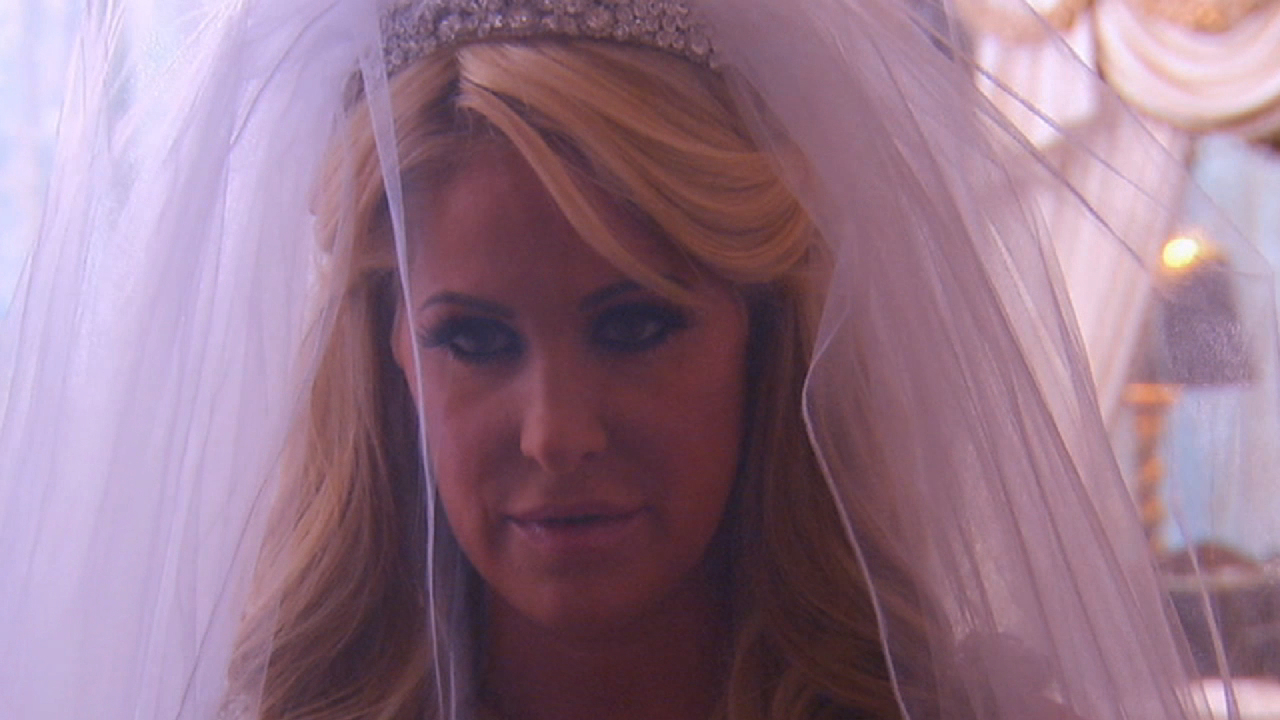