I was not prepared for how bad Lindsay's driving actually was. There's a big difference between being rusty behind the wheel and being a danger to society. Nothing could have prepared me for that first day out driving. Hilarious as it was, there were definitely moments where I thought we were going to get into an accident. The thing that I thought was most funny was that she kept trying to act as if she didn't think there was anything wrong with her driving and by doing so maybe I would begin to think that I was overreacting. A reverse psychology of sorts. No such luck. As soon as I could hop behind the wheel I did. Yikes. I do have to say her driving is 1,000 times better. I have driven with her many times since, and she is a very safe driver. Nice job, Linds.

My first order of business for Lindsay was to find office spaces for me to look at. It was time to move out of the garage and start acting as if I was running a business. I believed that if I had all of the pieces in place (an assistant, an office space) that the business would begin to flood in. It was a big risk. I now had an employee to pay every two weeks and rent to pay. I also thought that the added responsibility would push me harder to make things happen for myself, make me more aggressive, and in many ways it did. I wasn't really feeling the first few spaces Lindsay had set up to show me. They were either too expensive or needed work or smelled like pot. So I asked her to set up another round of viewings and she nailed it. I loved the space she found in that Hollywood high-rise. The space is exactly what I had imagined -- lots of windows, good storage space, a doorman, security, and stylist friendly atmosphere.

Gary and I rarely fight. It's not really our thing. I was surprised when he got so upset about having our 10-year anniversary party at our house. When we fight we don't scream at each other. We get bitchy like girlfriends. He usually says that the "tone" I used has upset him, and then I apologize and we move on. I knew that planning this 10-year party was going to be a lot of work, and I did not want to start off fighting about it. And of course I love him and it's never a good feeling to know that you have done something to upset your loved one. As you can see in the episode, we both let go of it and moved on and laughed, which is what we usually do. I feel bad for yelling at Penelope. It's not something I ever do, but she was jumping at my face and wanting attention while I was trying to sort the fight out with Gary. She is my little angel, and I love her to bits. Watching the episode back, I felt awful.

The trip to Florence, Alabama came at just the right time. Meeting Billy Reid and getting to spend time with him in his design studio and his home was fantastic. He is an incredibly talented designer, and I am very grateful to have been included in that weekend. I loved Alabama and the people there. Everyone was so nice and excited that we were there. I struggled with whether or not I should bring Lindsay with me, and I am really glad I did now. It was important for us to get to spend some time getting to know each other. I only knew her from the hotel she used to work at, and I wanted to begin to establish the boss/employee relationship, but I also wanted to show her that her job would involve other things than getting me coffee and finding me office spaces. I figured the sooner I started exposing her to my world the more she would understand it, me, and my needs. We traveled really well together and she was a joy to be around. She is so game, sociable, and easy to be around, which was a relief to me. We had a lot of fun in Alabama, and I am so happy we got to spend that time together.

Show Highlight
Figuring Out How the Relationship Works 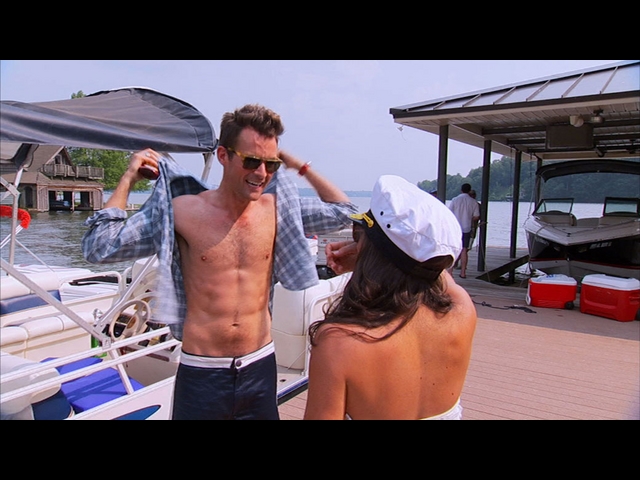