Buffie Purselle Makes Her Reunion Debut in a Corset and a Sheer, Feathered Robe 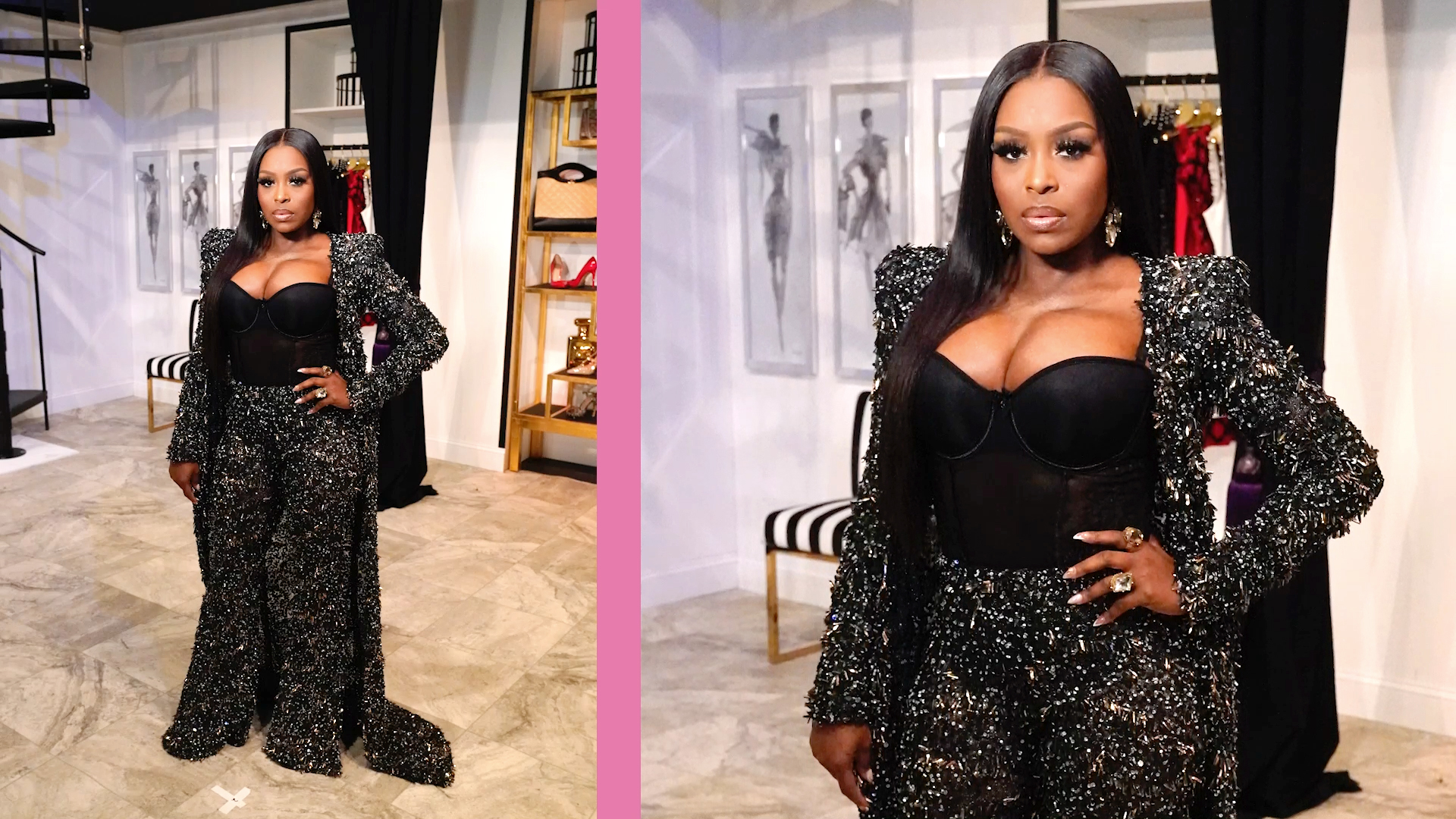 Buffie Purselle is set to make her first reunion appearance at the upcoming Married to Medicine Season 7 showdown. But even though she's a reunion rookie, the financial whiz totally nailed her look. As you'll see in the video above, the M2M cast member really brought it when it came to her look for the hotly anticipated event.

"I have a custom look, created by the Countess of the House of Whor," Buffie told BravoTV.com cameras. "It's a beautiful corset that's encrusted in jewels and a lovely flow-y robe with feathers."

She added: "It's very come hither." Did we mention that the black robe is totally sheer?

Buffie's beauty look is no more demure. The Atlanta beauty swept her curls to the side in an Old-Hollywood-style coif, and her lashes were out to there. She also swiped smoky shadow onto her lids, and dusted on blush that gave her a subtle, shimmering flush. Watch the video above for your first peek at the bedroom-inspired look.