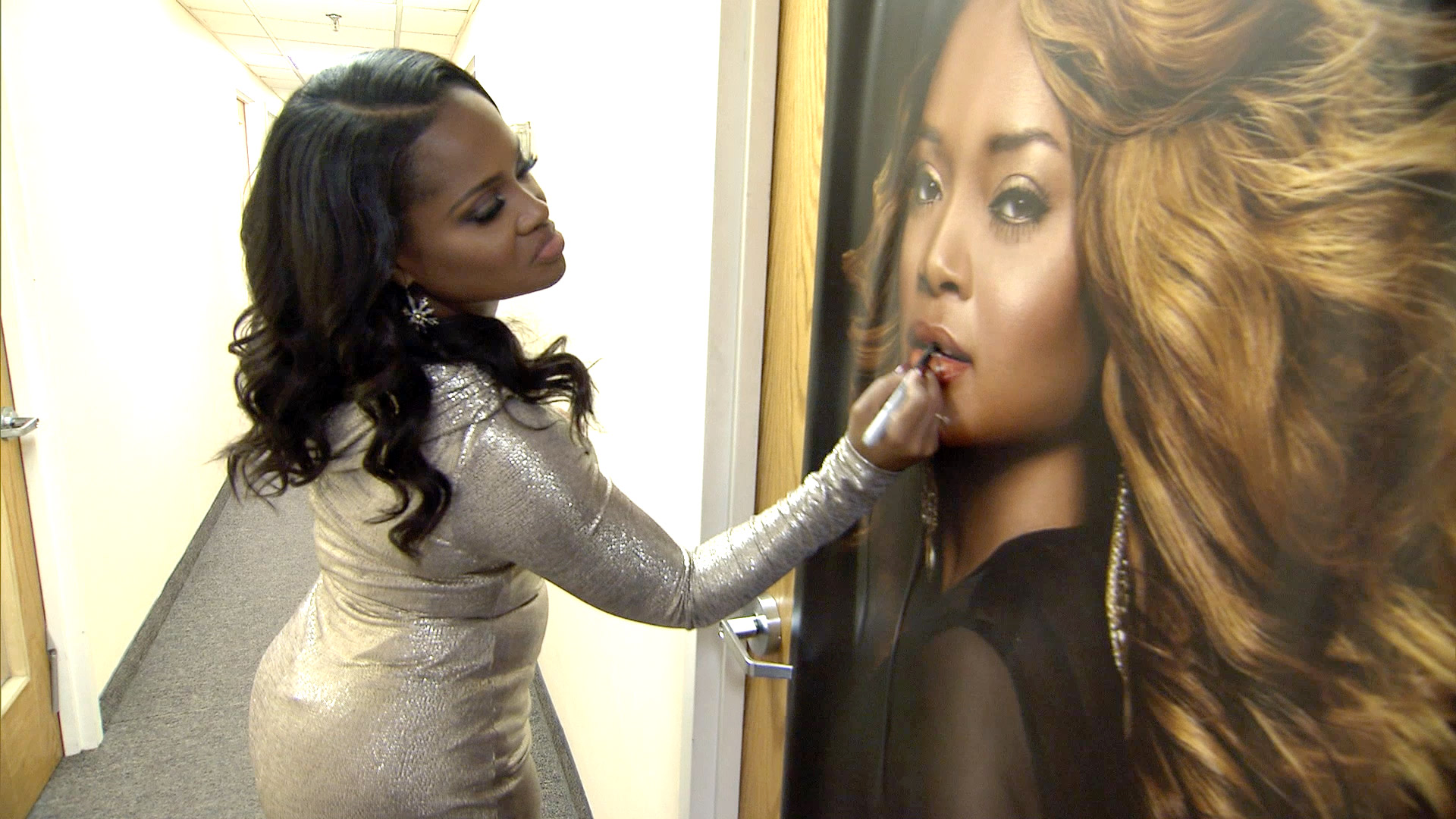 Not all was fun and games at tonight’s first part of the Married to Medicine Reunion show. While plenty of drama happened on stage with the #M2M ladies, the real action happened backstage when Heavenly Kimes unleashed her drawing skills and drew a mustache and some devil horns on Mariah Huq's poster of herself. You can watch her handiwork above.

Check out the before and after shots of Mariah's poster below.

You can see that Mariah adjusted Heavenly’s doodles into a crown and the words Queen Bee. Watch the video above to see Heavenly and Mariah tap into their ‘artistic’ sides with black magic markers.

Tune in next Friday 9/8c for plenty more drama in part two of the Married to Medicine Reunion.