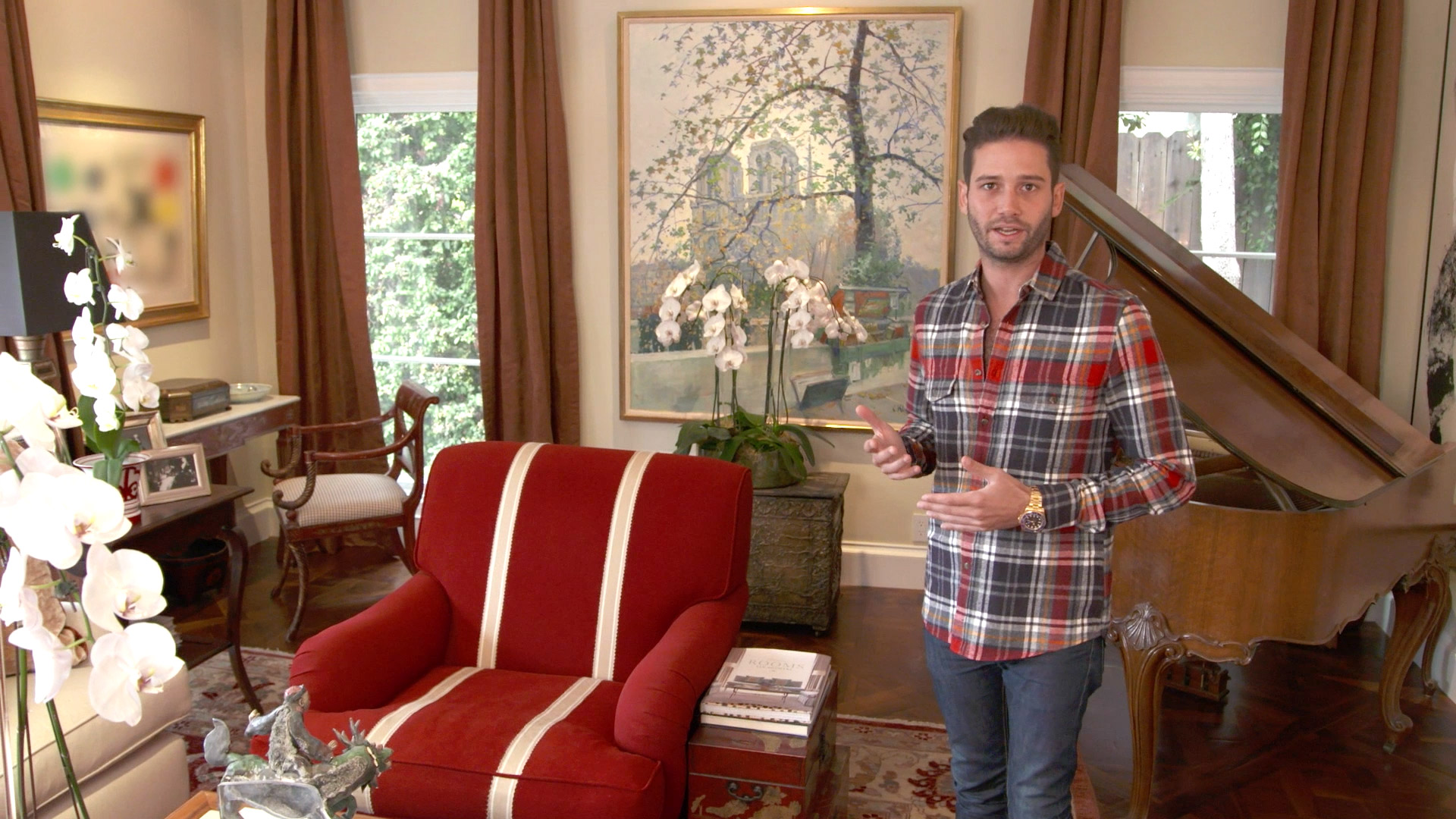 Josh Flagg knows a thing or two about real estate, so it's not shocking that the Million Dollar Listing Los Angeles power agent was able to negotiate his new Beverly Hills abode for almost a million dollars under the asking price. According to the Los Angeles Times, he was actually the agent to list the home for almost $7 million for Rodeo Realty, and he also represented himself and husband Bobby Boyd as the buyers.

The 4,565 square-foot property was built in 1928 and features five bedrooms, four and a half bathrooms and Spanish accents. Zillow reported that it was sold for $5.944 million. Let's peek inside!

A sweeping staircase in the entryway ushers visitors into elegance. Those who get to see the bedrooms will see they are super homey.

The living room fireplace is set off by light aqua tones that can be found in varying shades throughout the house.

It's the perfect home for intimate dinner parties ...

... Or something bigger and more formal!

Congratulations on your lovely new home (and the savvy negotiation), Josh and Bobby!