Exclusive Video: Here's What Josh Flagg and Bobby Boyd Are Definitely NOT Doing on Their Honeymoon 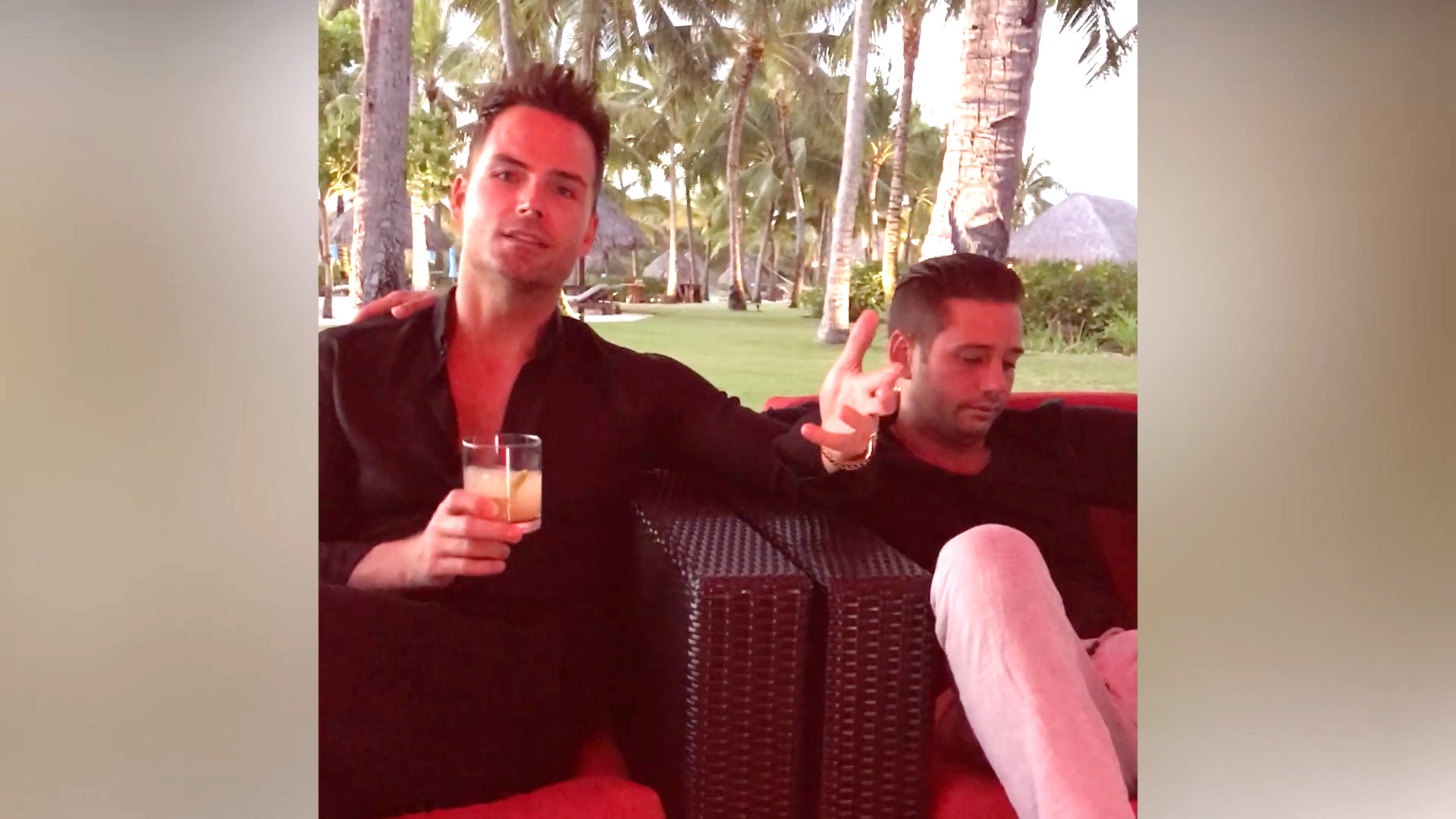 Shortly after Million Dollar Listing Los Angeles agent Josh Flagg married Bobby Boyd, the pair headed about eight hours across the Pacific Ocean from LAX, down to the romantic Tahitian island of Bora Bora, for a dream-like honeymoon.

Jet Set caught up with the pair at the Four Seasons Bora Bora to talk about what they're doing on their romantic trip: Think sunset catamaran tour around the lagoon, swimming with sharks, jet skiing, and being entertained by Polynesian fire dancers in their massive two-bedroom villa. Oh and of course — sex. Lots of sex and nudity. (What else is a honeymoon for, after all?)

But we also heard from the pair about what they're definitely not doing on their honeymoon.

"We’ve both been very good — we haven’t been on our phones the last couple days, and that is very difficult for me," Josh said (clip above). So does that mean absolutely no working, we wanted to know?

"Essentially no," Josh said. (So we'll consider that close enough.)

Obviously, the pair's support team helped that happen while the newlyweds relaxed. Bobby said, "We have [Josh's operations director] Hilary [Markus], who is the obviously the brains of the operation. She’s helping us tremendously. And I have a person back and home as well who is helping... so that we can actually enjoy our honeymoon."

Bobby clarified, of course, that the pair's Bora Bora getaway was no ordinary trip — and that meant it had to be totally special. "It’s not a vacation, it’s a honeymoon," he said. "That was a requirement for our honeymoon: We had to disconnect, somewhere we’ve never been. I wanted to wake up, jump in the water naked... this is paradise!"