Dogs, Persian Moms, and a What Show? 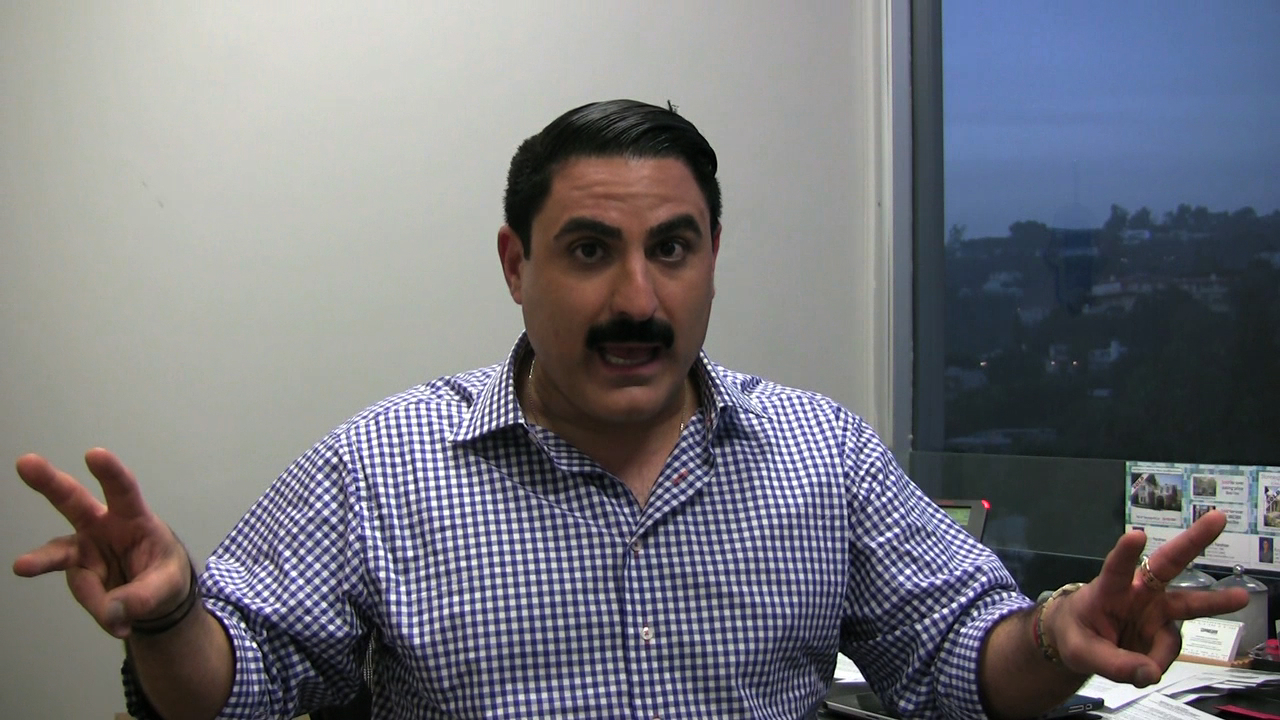 Full transcript after the jump.

So you guys just got done watching Episode 2.

MJ's roly poly dogs are kind of just like she is. They got to the snacks faster than GG's dog. That's the same thing that happens when me, GG, and MJ are out. MJ gets the Scooby Snacks before GG has a chance to get to them.

Anyway, from there we head into that beautiful meal with Asa and her family. And tadig literally is Persian crack. But the truth is every Persian mother wants their kid to be a doctor, lawyer, or an engineer. Um, hello, it's 2012. We don't all have to do the same thing.

But what'd you think about my date with Adam. How cute was that date right? And that comment about the flambé. Why are you serving flaming desserts when there's queens in the class. Was that like. . .was she coming after me? I should have stabbed that bitch when I had the chance. I was holding that knife. You saw me slicing that s--- real cute.

Can we please talk about the s---show which is also known as the Solati pool party? Did you see homeboy bite it? He literally came to go in the pool and it was like watching Humpty Dumpty fall. Literally he went spla-tat and fell in the pool. And it was a wrap. There was no food. I think there was an old Persian pimp there. Someone might have said the f-word that rhymes with maggot when I was walking by. It was craziness. And of course, GG pops off, as per usual. And what does Asa do? She went doink and MJ and GG both bit it, because both of them were drunk.

I could not wait to get the F out of there. That was a s---show. If you want to look up s---show in the dictionary, they'll be a video blog of the Solati pool party instead of the word "s---show." You’ll just watch and you’ll be like damn, "that was a s---show you was right."

Anyway you guys, I've got more important things to do right now. I've got to get this offer submitted so I can get this money so I can look good for you guys. So I'm going to say goodbye until Episode 3 and peace.

Next on Shahs of Sunset: Did Destiney Rose Get Set Up?

Destiney Rose Comes Face to Face With a Pregnant Opossum

The Shahs of Sunset Do a Mud Run