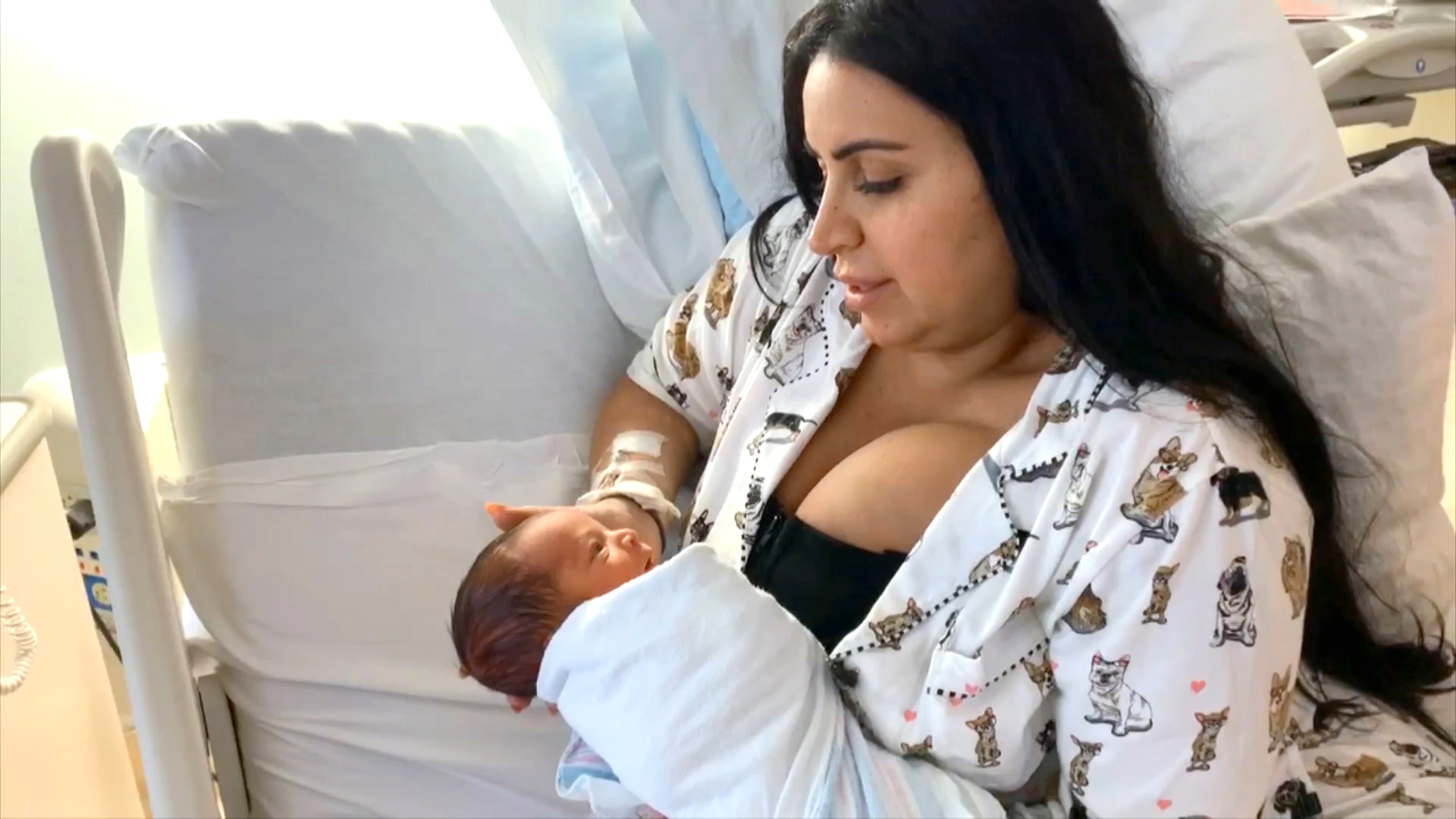 As we've seen on Season 8 of Shahs of Sunset, Mercedes "MJ" Javid had a difficult pregnancy, and her delivery was downright scary (see the clip above). But now that she's back on her feet and crazy in love with her little man, Shams Francis, the new mom is able to joke a bit about what she's been through. She's also in a position to share some wisdom with other moms about how they can expect their bodies to change after having a baby.

"Recovering from birth is like being run over by a hundred million thousand trillion airplanes, trains, and automobiles," MJ told Page Six for a segment dubbed Mom Truths. "I don't want anyone to panic because it is the worst thing that can ever happen to your body, but eventually, hopefully, with some plastic surgery, you will recognize the body that you once had."

"My boobs felt more like just a sexual thing before," she added. "But now, they're also the number-one nutritional source for my son. You will have some leakage. You will probably never have a clean shirt again. You will probably always have like some hint of stinky spit-up ... Baby's breast milk coming back up, it smells worse than a sewer."

MJ also dished on her postpartum style. "Yesterday I was in the airport and I had this baby carrier on," she said. "It doesn't help your back bulge, it doesn't help your posture. It definitely doesn't help elevate your outfit. So my advice is: Look good now while you can, because you're probably never going to look all the way right once you have a baby." (But if you ask us, MJ looked pretty right in this neon new-mom lewk.)

In the end, though, it's all worth it. "C-Sections, incisions, scars, hormones; I mean, a lot goes down. And you know, I still don't care because I only care about the fact that I made this baby," MJ said.

Want more Shahs of Sunset? New episodes air every Sunday at 9/8c or catch up on this season through the Bravo app.

MJ Has an "Irrational Desire" to Match Baby Shams