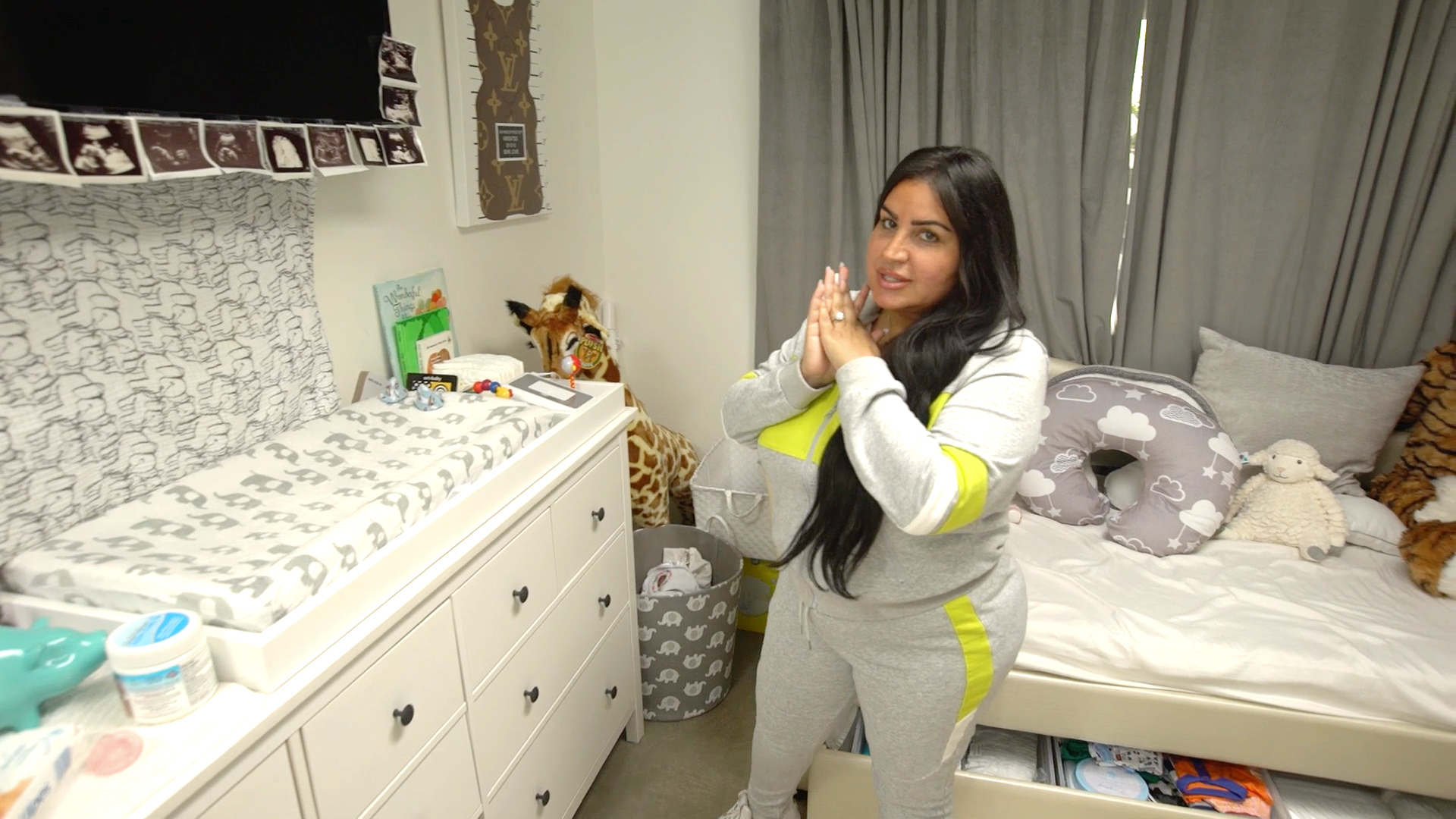 Every time Mercedes "MJ" Javid had a checkup during her pregnancy, she left her doctor's office with a piece of nursery decor. The Shahs of Sunset mom, who gave birth to son Shams Francis last April, recently took BravoTV.com on a tour of her son's cozy Los Angeles nursery. And to start, she pointed out some photos taped onto a board above his changing table.

"Every time we came back from a ultrasound/ doctor's checkup, all of the ultrasound [photos] are here," MJ explained. But now that Shams is out in the world, he needs clothes — and plenty of them.

Opening her son's white dresser drawers to show his tidily arrayed onesies, the new mom said: "We change him maybe six times a day." She also showed the spot where she stashes the "hipster bandanas" that "liven" her son's little looks. And later, she took out the bomber jacket she's waiting for him to grow into.

The tour goes on to include a quick explanation of the "Pee Pee Teepee," which can come in handy during diaper changes for baby boys. And then, MJ showed off the plush menagerie that contains elephants, a gigantic tiger, and the "iconic Bravo giraffe." Watch the clip above for the complete tour.

MJ Has an "Irrational Desire" to Match Baby Shams