Preview
Your First Look at Shahs of Sunset Season 8 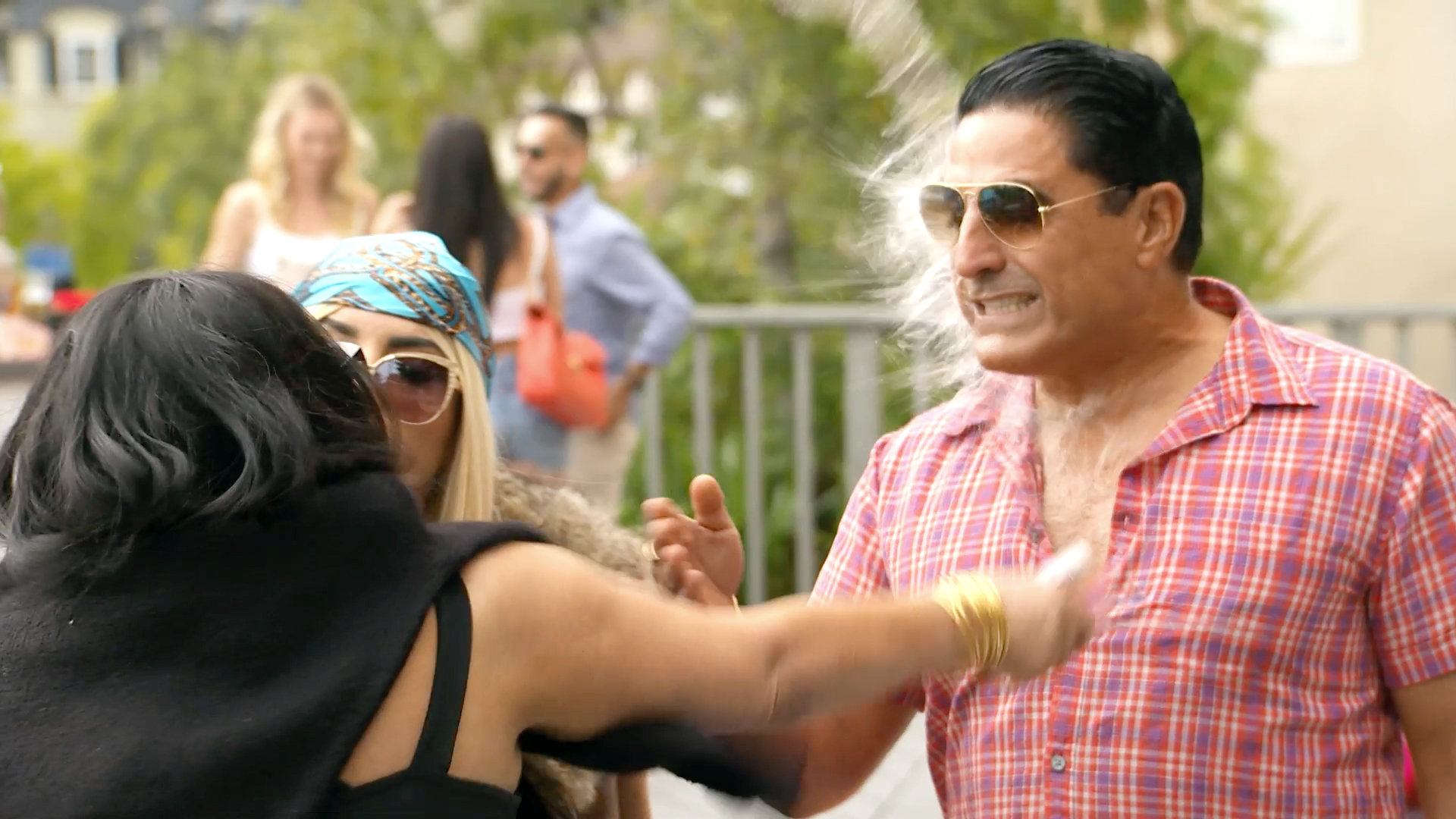 Reza Farahan was innocently having lunch in New York City, and who should he spot at a nearby table but — drumroll please — Kanye West. Though we like to think we'd play it cool in that situation, in all honesty we know we'd do exactly what Reza did: Grab our phones and take a covert snap of Kanye while pretending to take a selfie. (Duh.)

The Shahs of Sunset haircare pro posted the photo to Instagram on February 5. The capture demonstrates some sly work on Reza's behalf: We see just a slice of his face, and also get a nice peek at Kanye West about to tuck into his meal at the Italian-American restaurant Carbone. (It's not the Cheesecake Factory, but it'll suffice.)

"I literally just had the most delicious lunch!" Reza wrote in the caption, adding the hashtag "#yeezy."Golnesa "GG" Gharachedaghi unapologetically fan-girled in the comments section. "Stoppppppp ittttttt! Did you say hi? I would be too scared lol," she wrote. "No, just enjoyed him from afar!" Reza confessed. Well, now you can enjoy Reza's lunchtime view too:

I literally just had the most delicious lunch! #yeezy #nyc #shahs #shahsofsunset