Shep Rose Just Gave Us a Tour of His Home, and It’s the Greatest Bachelor Pad of All Time 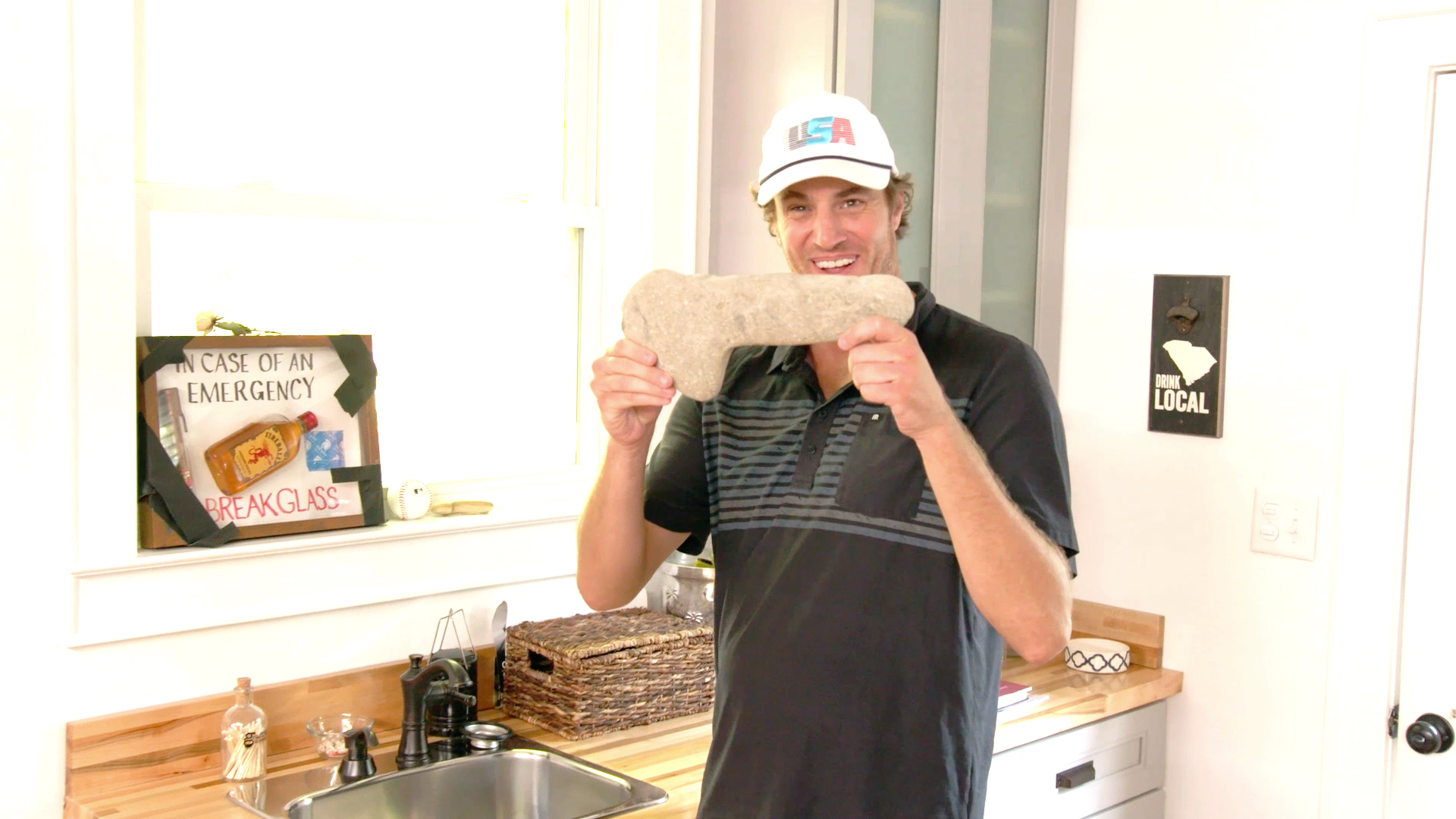 We here at Home & Design are familiar with the decor trappings of the uber-wealthy — glassed-in refrigerators, in-home elevators, and master bathrooms big enough for a couch and TV, to name a few — which is why we also know a bachelor pad when we see one. And Southern Charm’s Shep Rose's beachy home is 100 percent, absolutely, without a doubt, a bachelor pad. (For a full tour, click on the video above!)

The evidence: A pineapple-shaped door knocker, a ping-pong table in the basement, an assortment of hot sauces on the kitchen counter, décor in the form of an enormous penis-shaped rock, a refrigerator door covered in magnets, stacks of books in the bathroom… and the list goes on!

Shep invited us over for a guided tour of his revamped home and once again, the good ol’ boy won us over with his I-need-not-much mantra, explaining, “None of this really matters to me personally, I just want a bed, a roof, air conditioning, a refrigerator, and I would be fine. But it is nice having nice stuff and I feel a little better about myself and my parents don’t think I’m a bum.”

Same goes for his garden, which is now actually growing! Our last look at Shep’s backyard was during last season’s barbecue dinner, when the space was covered in dirt. “There’s grass now,” Shep pointed out during the tour. “If you remember last year when Craig and I were cooking out and it was all dust and dirt and so I was a little embarrassed by that. And now I’ve got more landscaping going on and grass and I feel good about it… I almost feel like an adult.”

To see more of all the Southern Charm cast members’ homes, be sure to tune in on Wednesdays at 8/7c!