Dorinda Medley Goes Completely Makeup-Free: "This Is Who I Am" 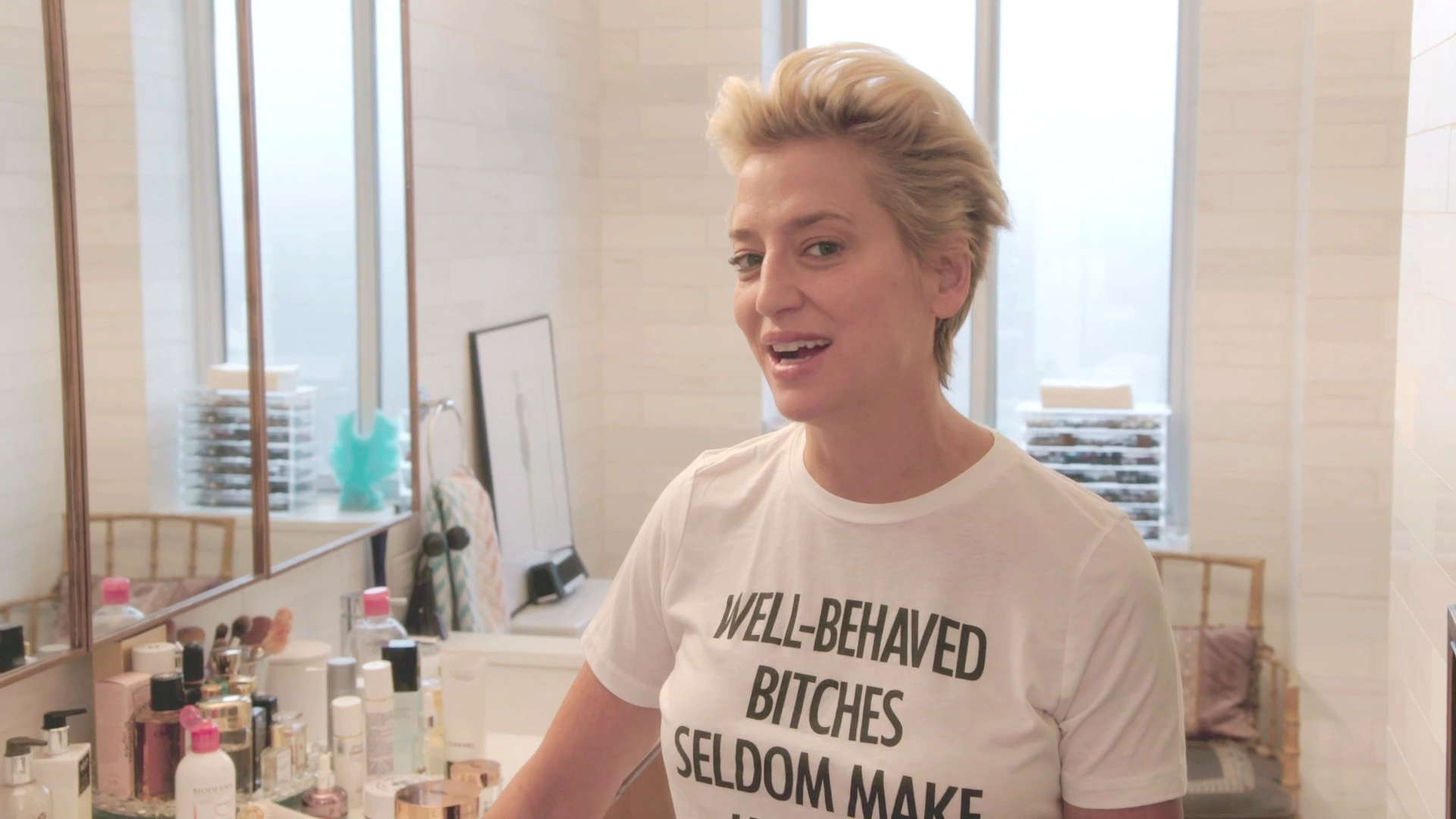 At 55, Dorinda Medley is embracing her "best self." In part, this means celebrating the skin she's in by posting no-makeup selfies that show off her complexion untouched by filters or foundation. And though The Real Housewives of New York City fans have seen what Dorinda can do with a good set of lashes and some aubergine shadow, her natural complexion is every bit as pretty.

That's no accident. The New York mom has an intricate skincare routine, as you can see in the video above. Not only does she use top-shelf products; she also knows hacks to tighten and lift her complexion, including swiping on her products using upward strokes using cold water to rinse.

So Dorinda's working with a serious natural glow, and she'll happily go makeup-free in front of all her Instagram followers. Especially when it's a gesture of empowerment.

In a March 8 post celebrating International Women's Day, Dorinda announced: "Everyone, it's Dorinda Medley here, as me. No makeup, no nothing, because this is who I am as a woman: a mother, a daughter, a widow, a citizen of the world, someone that tries to affect change every day."

Dorinda continued: "Sometimes I make a difference, sometimes I fail but you know [what] we have to keep doing as strong women is keep trying, because we effect huge change in the world, because we are creators." Here she is, just as she is:

At 55, Dorinda Medley Is Her “Best Self” with Zero Makeup