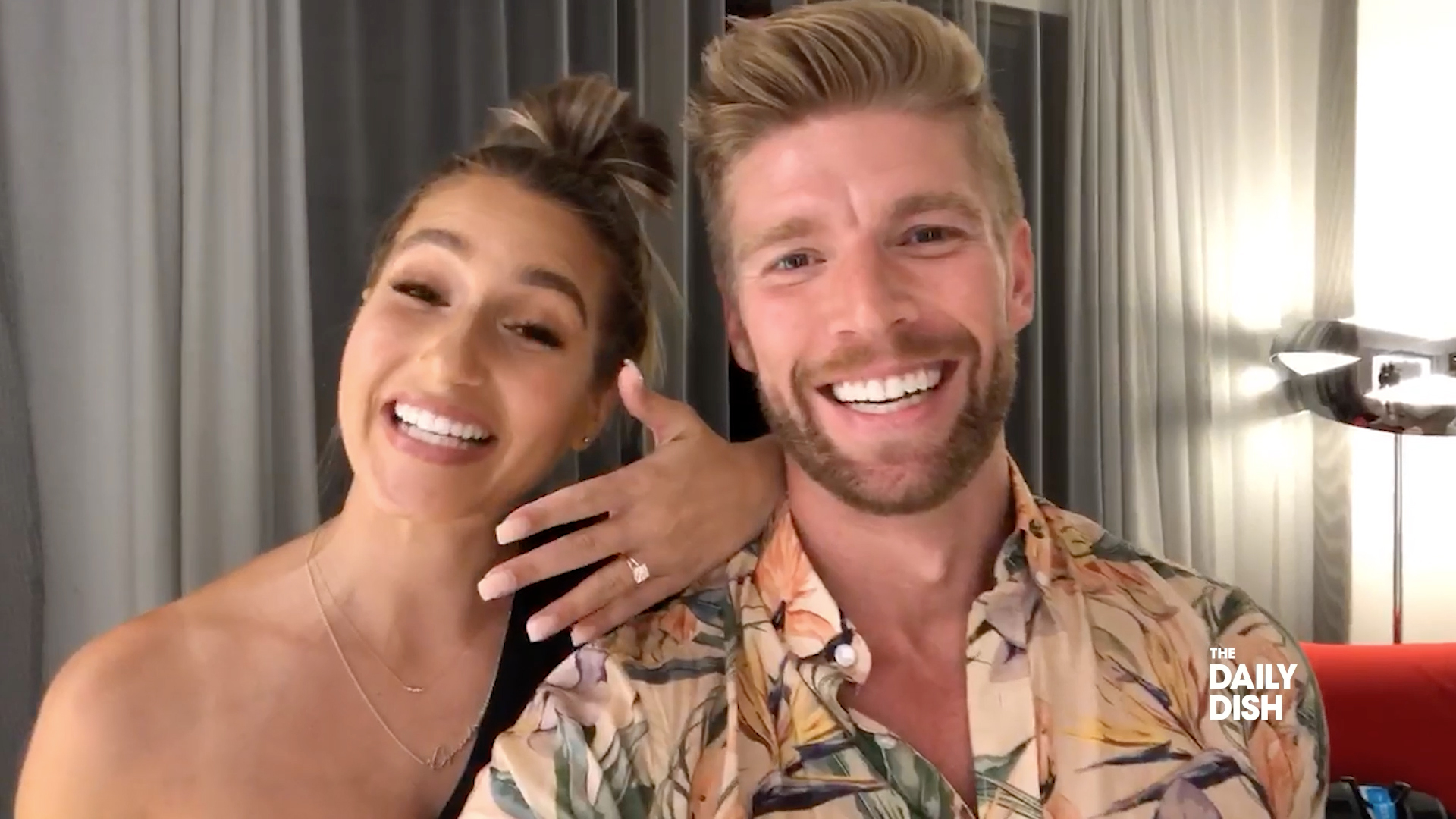 Ready for a sweet story from two of your Summer House faves who also happen to be newly engaged? Settle in for this tale Amanda told Personal Space about her first meeting with Kyle.

“It was a warm Thursday night in August. It was at a mutual friend’s birthday party and she had it at one of Kyle’s friend’s rooftops in the city. And I kind of saw him from far away and had a few drinks in me, was recently single, trying out the whole ‘making the first move’ thing. It was the end of the night and there was dessert but no serving spoons or forks and Kyle was using his hands to eat chocolate cake. So I was like this is the perfect opportunity to approach this guy and call him out — and that’s what I did. And he asked me to get margaritas and we’ve been seeing each other ever since.” What an auspicious — and delicious — beginning.

Of course, Amanda's not the only famous lady who made the first move on her man. Keep scrolling to read even more charming "how we met" stories that sparked up when a lady took a chance on love.

If you haven't heard the story of how Kim Zolciak-Biermann first met Kroy Biermann, you're in for a treat. The Real Housewives of Atlanta pal didn't miss a beat in charming her future hubs with a very sincery, very direct compliment — and the rest, as they say, is, well ... reality TV.

In 2010, the famously frank Don't be Tardy mom ran into her future hubs at a Dancing With The Stars charity event. And, as you can see in the classic clip here, she did not hold back on sharing her admiration ... for Kroy's backside. "I've never, in my life, seen an ass like that," she said upon shaking Kroy's hand for the first time. What an ice-breaker! And you know what? It worked. Kroy later came back to give Kim his number, and the rest is Bravo history.

The incredibly buff twosome is famous for working out together. But, the pop diva and the baseball star might have had many more solo squats in their respective futures had Lopez not initiated the romance. Back in early 2017, the Shades of Blue actress saw Rodriguez at a restaurant, and tapped him on the shoulder to say hello. But what she said next changed her future forever: "You have my number. Reach out." Spolier alert: He did.

Sure, there are times when they're "off again." But in the grand scheme of things, these PYT's just can't seem to stay out of each other's hearts (and off each other's Instagram feeds). It all started with a bold move from Hadid. After they met at a mutual friend's birthday bash, the pair exchanged numbers and went on a date. "We played it cool for, like, 10 minutes, and then I was like, 'You're really cute,'" Gigi revealed on The Ellen Degeneres Show. She isn't wrong there!

Once upon a time, Olivia Wilde kept runnig into a handsome and funny actor named Jason Sudeikis. "I met Jason, and I thought he was so charming. He’s a great dancer and I’m a sucker for great dancers. But he didn’t even get my number,” the green-eyed beauty once told Allure. “Over the next six months we kept running into each other. [Then], my best guy friend walked up to him and said, ‘This is Olivia’s number. Use it.’ That was the beginning.”