Sign Up for Free to View
Porsha Addresses Her Marriage 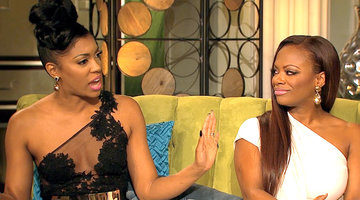 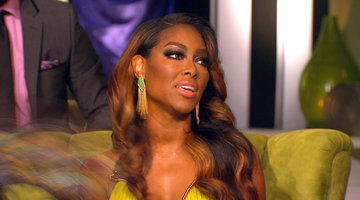 0:42
The Husbands Join the Explosive Reunion 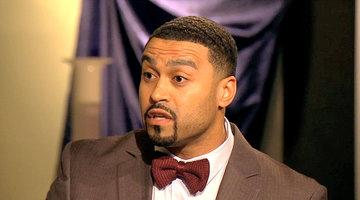 With eight seasons of The Real Housewives of Atlanta under her belt, Porsha Williams has become one of the longest-running cast members on the series. However, Andy Cohen, who is an executive producer on all of The Real Housewives franchises, revealed during a recently unearthed interview that Porsha almost didn't return to RHOA after her first season on the show.

During an appearance on SiriusXM's The Jenny McCarthy Show in January, Andy and the eponymous host got to talking about how The Real Housewives casts come together for the next season, which he said is "a long conversation that goes on through the season."

Andy then recalled the time Porsha's fate on RHOA was in question during her first reunion on the show in Season 5 (clip above) after it was revealed that she and her then-husband, Kordell Stewart, would be getting a divorce. "There was a fairly healthy dialogue amongst the producers about whether Porsha was gonna come back at that time," Andy said. "She got up there at that reunion, and I was watching her, and [when] I left, I was like, I stan for Porsha. That was incredible, and she cemented her place on the show. She gave like a two-minute soliloquy about who she was and how she was gonna live her life going forward, and this was not gonna define her, and she's stronger than this. And I was like, I totally underestimated this woman, and look at where she is now on the show."

Andy said this is an example of "how things change through the season." "You could be saying, 'Oh, well, I don't think this person's coming back,' and then something could happen at the reunion where it changes," he explained.

When Da Brat told Porsha on Dish Nation in February that Andy once "almost fired" her, Porsha at first replied, "No, what I do now?"

After Da Brat had explained what Andy had said about Porsha, the Atlanta Housewife said she remembered feeling like her time on the show was up during the RHOA Season 5 reunion. "I didn't know that they had decided they were gonna fire me; I felt like I was going to be fired," she said.

But Porsha went into that reunion determined to just be herself and let the chips fall where they may. "I had started the show with a husband, ended the first season without a husband," she shared. "I just felt like, you know what, I'm going to just leave my heart, everything of who I am on the table."

Porsha said that she has "come a long way" since then, not just personally but also professionally as she carved out a whole new career for herself as a successful radio personality. "I do have to thank Rickey Smiley for part of that glow-up because it was my opportunity coming here with y'all, sitting in on the radio show, and him saying, 'You know what, I like this girl. I want to give her a chance,'" Porsha said. "I love Dish Nation for my journey. I love every single part of it."

Porsha had one final word for Kordell, too: "Thank you, ex. Next."

Get more insight into this season in The Real Housewives of Atlanta Season 12 After Show, below.

Life is better as an Insider
Bravo Insider is your VIP pass to never-before-seen content, exclusive giveaways, and so much more!
Sign Up for Free
All Posts About
Andy Cohen
Porsha Williams
The Real Housewives of Atlanta
Kordell Stewart
Related

Nene & Porsha Are Going to Want to See These "Receipts"