Sign Up for Free to View
After Show: Who Is The Least Self-Aware Housewife? 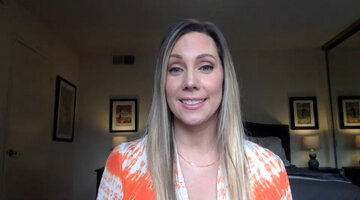 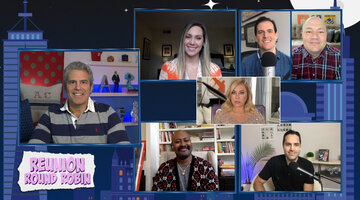 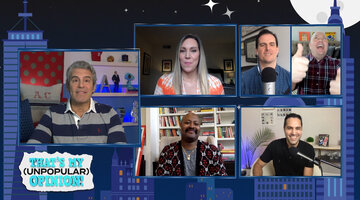 When Andy Cohen sat down with podcast superstars and Bravo superfans Amy Phillips, Ira Madison III, Danny Pellegrino, Ben Mandelker, and Ronnie Karam during the September 16 episode of Watch What Happens Live with Andy Cohen: @ Home, you know they brought their burning questions for the host. Andy gave them the opportunity to ask him whatever they wanted during the WWHL: @ Home After Show (clip above).

One of those questions came from Danny Pellegrino, who is the host of the Everything Iconic podcast. He asked if there were any Housewives Andy wishes "stuck around longer." "I always kind of long for a Caroline Manzo," Andy, who is an executive producer of The Real Housewives, said after giving the question some thought. "Obviously, you wish that Bethenny [Frankel] had stuck around."

Andy added during the WWHL: @ Home After Show, "Obviously, I wish Lisa Vanderpump had stayed."

Andy also offered what he thought might be an unexpected choice: Lydia McLaughlin. "In her first season, she had a good first season and then she left of her own accord," Andy explained. "So in that first go 'round, I kind of wish that she had stayed around."

Andy isn't alone in his opinion of Lydia, who first appeared in Season 8 of The Real Housewives of Orange County and later returned for another season in Season 12. Ryan Flynn, Senior Vice President, Current Production at Bravo, told The Daily Dish podcast in 2017 that Lydia was also "someone who I was sad to see go."

"When she didn't come back the first time, we all wanted her back. And it just didn't work for a lot of reasons. I think it was family. I think it was kids. I think it's a lot of things," Flynn, who was an EP on RHOC during Lydia's first season, said prior to her return in Season 12. "But as a fan, even though I don't oversee Orange County anymore, I'm so excited that she's back because I always loved that sort of that spunky, sparkly energy. She's the kind of woman who would step foot in a pit of fire and somehow dance through it all and smile. And I think that's so great about her."

Well, Lydia still has that sparkle, as you can see in the Bravo Insider exclusive series Glitter Town, below, which follows her life after RHOC, including which fellow Real Housewives alums she still keeps in touch with. Get more exclusive Bravo content by becoming a Bravo Insider.

RHOC Alums Reunited and for One of Them, It Ended in "Disaster"
Life is better as an Insider
Bravo Insider is your VIP pass to never-before-seen content, exclusive giveaways, and so much more!
Sign Up for Free
All Posts About
Andy Cohen
Bethenny Frankel
Caroline Manzo
Lisa Vanderpump
Lydia McLaughlin
Watch What Happens Live with Andy Cohen
Amy Phillips
Related

Andy “Almost Cried” When He Saw This Real Housewives Moment

This Is the 'Wife Andy Would Let Babysit Benjamin