There's entrance music and then there's entrance music. And when Andy Cohen appeared on The Tonight Show Starring Jimmy Fallon on Monday, house band The Roots really nailed the track that played as he walked out on to the set. The Watch What Happens Live host was booked on Fallon to chat about his book, Superficial: More Adventures from the Andy Cohen Diaries, and before he hit his sat down, the band played "Pretty Mess" by The Real Housewives of Beverly Hills pop star Erika Jayne, which she was more than excited about.

Take a listen to @andy entrance music last night on @fallontonight !!
Is that #PrettyMess I hear?? 😌😉🙌🏻 Thanks @questlove pic.twitter.com/gLVpsKZBye

In addition to that pitch-perfect intro, Andy also played a little game with Fallon called the "Muff of Truth," in which the two talk show hosts get real and make a confession to each other. What did Andy share? "The muff is warm, our hands are sweaty, the truth be told for I am ready: I, Andy Cohen, once mistakenly sexted my sister."

Check out some more confessions from Andy, below. 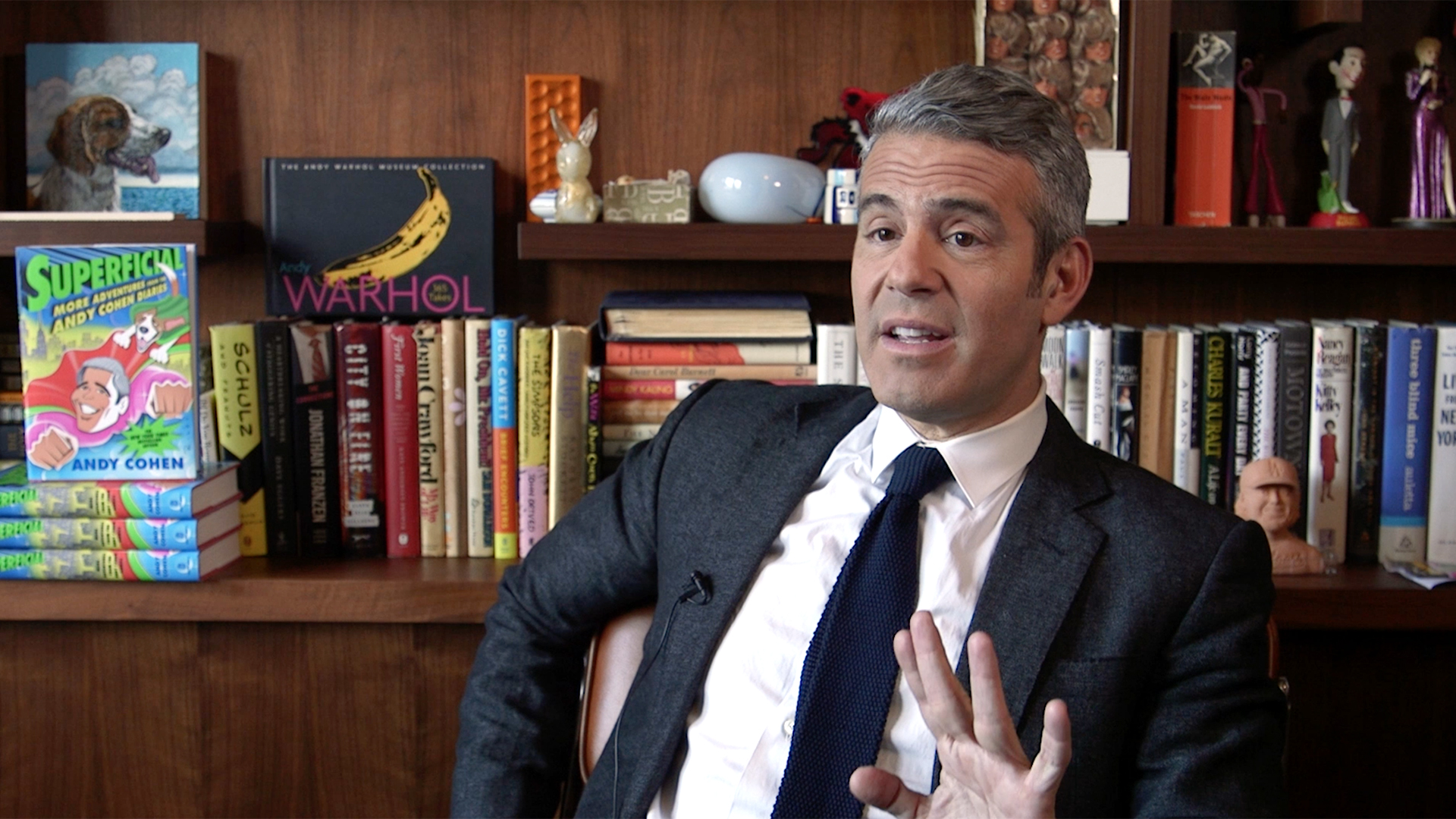 When Does Andy Think He'll Retire from WWHL?

Andy on "Top-Secret Lunch" with Teresa Before Prison