Andy Cohen Reveals Which Housewife He'd Hook Up with, and the Answer Might Surprise You

After Show: Joanna Strikes Back LIVE! 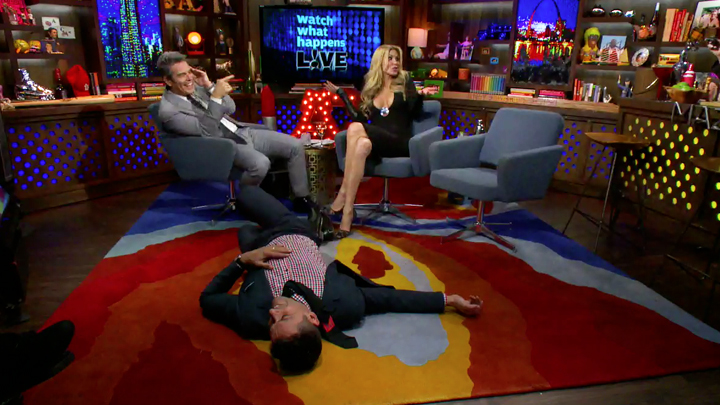 Andy Cohen has become very tight with several of the Real Housewives over the years. But, which 'Wife would he get even closer to, if given the chance? (And if, you know, he felt like taking a dip in the lady pond.) The Watch What Happens Live with Andy Cohen host had the chance to weigh in on that when he chatted with Access Live on November 15.

The hosts plied him with a glass of wine before asking the hard questions. "If you had to hook up with a Housewife... I'm talking like a roll-around, Andy..." co-host Kit Hoover began. And before she even had a chance to finish the question, Andy had an answer. "Joanna Krupa from The Real Housewives of Miami," he said. "Former Victoria's Secret model. I mean, she's gorgeous." (And, alas, also off the market.)

Andy also had the chance to weigh in on NeNe Leakes' statement that he's the man who has to fire Housewives, when and if the time comes. "I am that committee, yes, but I don't like to do the dirty work myself," Andy said. "I usually am the second or third phone call after it's done."

Joanna Krupa Offering the Chance to Own Her House