Sign Up for Free to View
Are Kenya Moore & Marc Daly Quarantining Together? 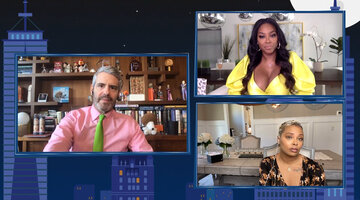 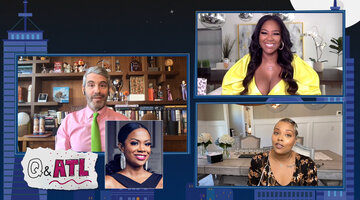 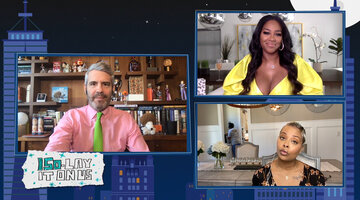 Phaedra Parks' ex-husband, Apollo Nida, is not a fan of Kenya Moore's husband, Marc Daly, and he let everyone know it during a live YouTube chat with Straight from the A's Michelle Brown earlier this month.

"I don't like that guy, man," Apollo said, adding that he believes Marc is "demeaning." "He's not cool, man. He's not cool."

Of course, Andy Cohen had to ask Kenya for her thoughts on what Apollo, who has never met Marc in person, had to say when he spoke to her via video chat on Watch What Happens Live with Andy Cohen: @ Home on April 12 (clip above). Even though Kenya experienced some major drama with Apollo on The Real Housewives of Atlanta in the past, she simply said, "I guess he's calling it as he sees it."

Kenya has also never been one to hold back her honest opinion of the RHOA ladies and their relationships, including Phaedra's past marriage to Apollo, something that she has come under fire for lately from her fellow Georgia Peaches and fans alike, given how private she wants to be about her relationship with Marc.

However, Kenya said that she comments on their relationships just as much as everyone on RHOA has talked about hers through the years. "I think everyone has put my relationships on blast. Roll the tapes back," she said during the WWHL: @ Home After Show (clip below). "I was definitely not exempt from the wrath of Phaedra, of Porsha [Williams], of any girl who had been in contact with me on the show. They had something to say. Shereé [Whitfield]. Everyone."

Check out a sneak peek of the RHOA Season 12 finale, below.

Your First Look at the Season Finale
Life is better as an Insider
Bravo Insider is your VIP pass to never-before-seen content, exclusive giveaways, and so much more!
Sign Up for Free
All Posts About
Andy Cohen
Kenya Moore
Phaedra Parks
Porsha Williams
Shereé Whitfield
The Real Housewives of Atlanta
Bravo Relationships
Apollo Nida
Marc Daly
Related

Kenya Will Open "That Receipt Box" at the RHOA Reunion

Kenya Had More to Say on Her Split in Unaired Moment