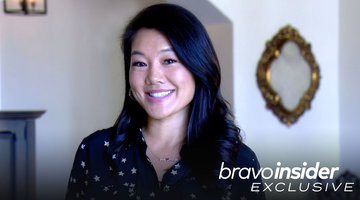 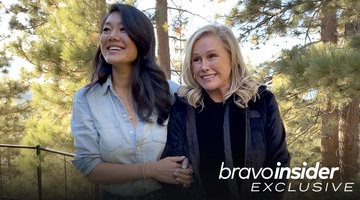 1:25
The Real Housewives of Beverly Hills
How Are Kathy Hilton and Crystal Kung Minkoff Handling RHOBH Season 11 So Far? 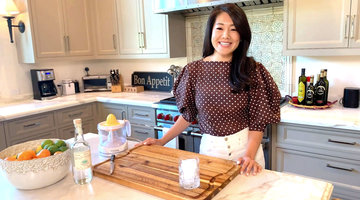 1:57
The Real Housewives of Beverly Hills
Crystal Kung Minkoff on How to Make Her Signature Margarita That All the RHOBH Ladies Love

In case you ever wondered what a "girlfriend visit" between Garcelle Beauvais and Sutton Stracke looks like, well, the actress shared a glimpse at her friendship with the fashionista on Instagram this week from one of those hangout sessions.

The photo featured the two friends glowing and smiling. Garcelle noted in the caption, "No friendship is an accident."

Garcelle and Sutton became fast friends as the new girls on the scene during Season 10 of The Real Housewives of Beverly Hills. Just weeks ago, Sutton also shared a photo with Garcelle and called her one of her "sweet friends," so it's clear the bond remains strong.

It's been a big week for Garcelle to offer up some updates on her relationships. In an exclusive interview with Bravo Insider, above, she confirmed that she is currently single. "Do you want to know what it's like to be single in L.A.? You've come to the right girl," she revealed in the clip before spilling on everything from what she looks for in a partner to if she'd ever marry again.

While Garcelle is single and ready to mingle these days, Sutton is still very much with Michael, her longtime boyfriend. He's been by her side as she recovers from a recent ankle injury. In an interview with The Daily Dish last year, Sutton gushed about her beau, "He’s great. He’s a super nice guy and I’m happy to have him in my life."

Want more RHOBH? Catch up through the Bravo app.

Life is better as an Insider
Bravo Insider is your VIP pass to never-before-seen content, exclusive giveaways, and so much more!
Sign Up for Free
All Posts About
Garcelle Beauvais
Sutton Stracke
The Real Housewives of Beverly Hills
Friendship
Related

Sutton Stracke Is Welcoming a New Addition to Her Family

We Have an Update on Garcelle and Denise's Friendship