Sign Up for Free to View
What Do Simone Mashile and Tanner Sterback's Girlfriend Think of Each Other? 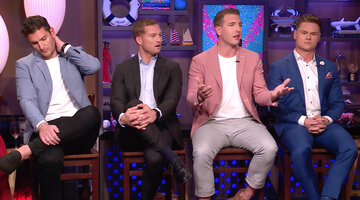 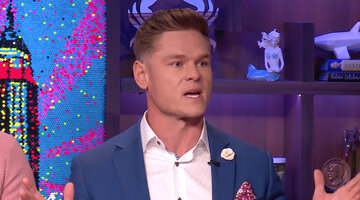 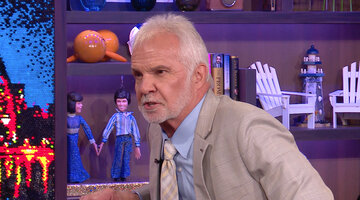 0:57
A Fed up Captain Lee Storms Off Set

Just when it seemed like things were heating up between Tanner Sterback and Simone Mashile in Season 7 of Below Deck, the crew members decided to cool things down and just be friends before the charter season was even over.

However, it looks like Tanner has had better luck in the romance department off the yacht. He started dating his current girlfriend Corinna Pico about seven months ago, and it sounds like things have been going swimmingly since. "I haven't had a girlfriend in years, so for her to tie me down, she did something right," Tanner said during the Below Deck Season 7 After Show, which you can view, above.

Brian de Saint Pern said he is a fan of the new lady in Tanner's life. "She's actually very awesome. I just met her now while I'm here in L.A., and we get along as well, like a house on fire," he said in the After Show. "She's cool. Good choice."

Corinna has even gotten two big thumbs up from none other than Simone herself. "She's very nice," the second stew said of meeting Tanner's girlfriend in the After Show.

Tanner added that Corinna and Simone's encounter went "fine." "I wouldn't be dating someone that would get jealous and be annoying," he said.

But Tanner's girlfriend did make an interesting and (we think) complimentary comment about Simone when they met, which you can find out all about in the above video.

As for Simone, she said she "wouldn't" be interested in hooking up with Tanner again if he were single and she ever found herself in his neck of the woods in Long Island, New York. Though she may currently be single, Simone said her love life is progressing in the right direction. "After him, I haven't entertained any a--holes, so that's great," she said.

Simone and Tanner's fellow Valor yachties also had some major relationship updates to share backstage at the Below Deck Season 7 reunion. Check it out, below.

Tanner Sterback's New Girlfriend Has Seen Below Deck, and She Has Some Thoughts
Life is better as an Insider
Bravo Insider is your VIP pass to never-before-seen content, exclusive giveaways, and so much more!
Sign Up for Free
All Posts About
Brian de Saint Pern
Simone Mashile
Tanner Sterback
Below Deck
Dating
Bravo Relationships
Related

Below Deck's Tanner Sterback Has a New Girlfriend