Sign Up for Free to View
Which Celebrity Inspired Margaret Josephs' Pigtails? 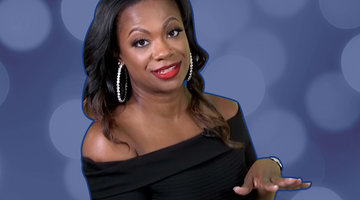 1:42
S1 - E1 | Part 1
What Relationship Advice Does Kandi Burruss Have for Gizelle Bryant? 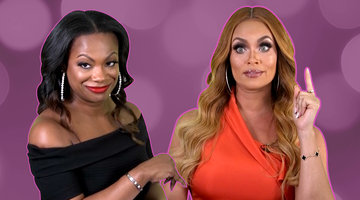 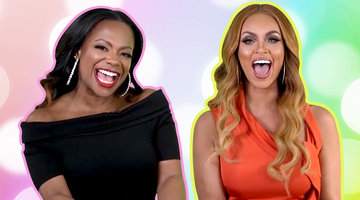 Brandi Redmond let us in on some exciting personal news this season of The Real Housewives of Dallas: She and her husband, Bryan Redmond, adopted a baby boy, Bruin! He joined big sisters Brooklyn and Brinkley to complete the Redmonds' family of five. During a Housewife to Housewife conversation, The Real Housewives of New Jersey's Margaret Josephs asked Brandi what made her decide to adopt a son.

"It's crazy because I never thought about adopting at all," Brandi shared. "My parents had three children and they adopted when we got a little bit older. It's a very crazy feeling that I had, because I always thought, like, why are y'all doing this? My parents had us so young. You're finally going to be on your own, and have this time to yourselves, and it was kind of starting all over again."

Brandi Redmond Surprises Her Mother About Her Adoption of Baby Boy

Brandi continued, "It's very funny because we had always wanted a boy and Stephanie [Hollman] texts me randomly right after New Year's and said, 'Do you want to adopt a baby boy?' And so I looked at it and I responded and I said, 'A dog or a human?' They had been trying to find him a home; he was born on New Year's Eve."

She previously revealed that she was afraid of adoption because her brother, Peyton, who was adopted as an infant, has special needs. However, Brandi came to understand her parents' decision to adopt when she met Bruin. She recalled, "I finally understood what my parents felt and what they went through and I think that God, whatever you fear, whatever you think, he's just going to hand to you and make you face it."

If that story made you emotional, you're not the only one — Margaret also teared up a little at Brandi's response.

Life is better as an Insider
Bravo Insider is your VIP pass to never-before-seen content, exclusive giveaways, and so much more!
Sign Up for Free
All Posts About
Brandi Redmond
Margaret Josephs
Housewife to Housewife
Babies
Kids
Related

This Was Andy's Advice to Margaret and Brandi