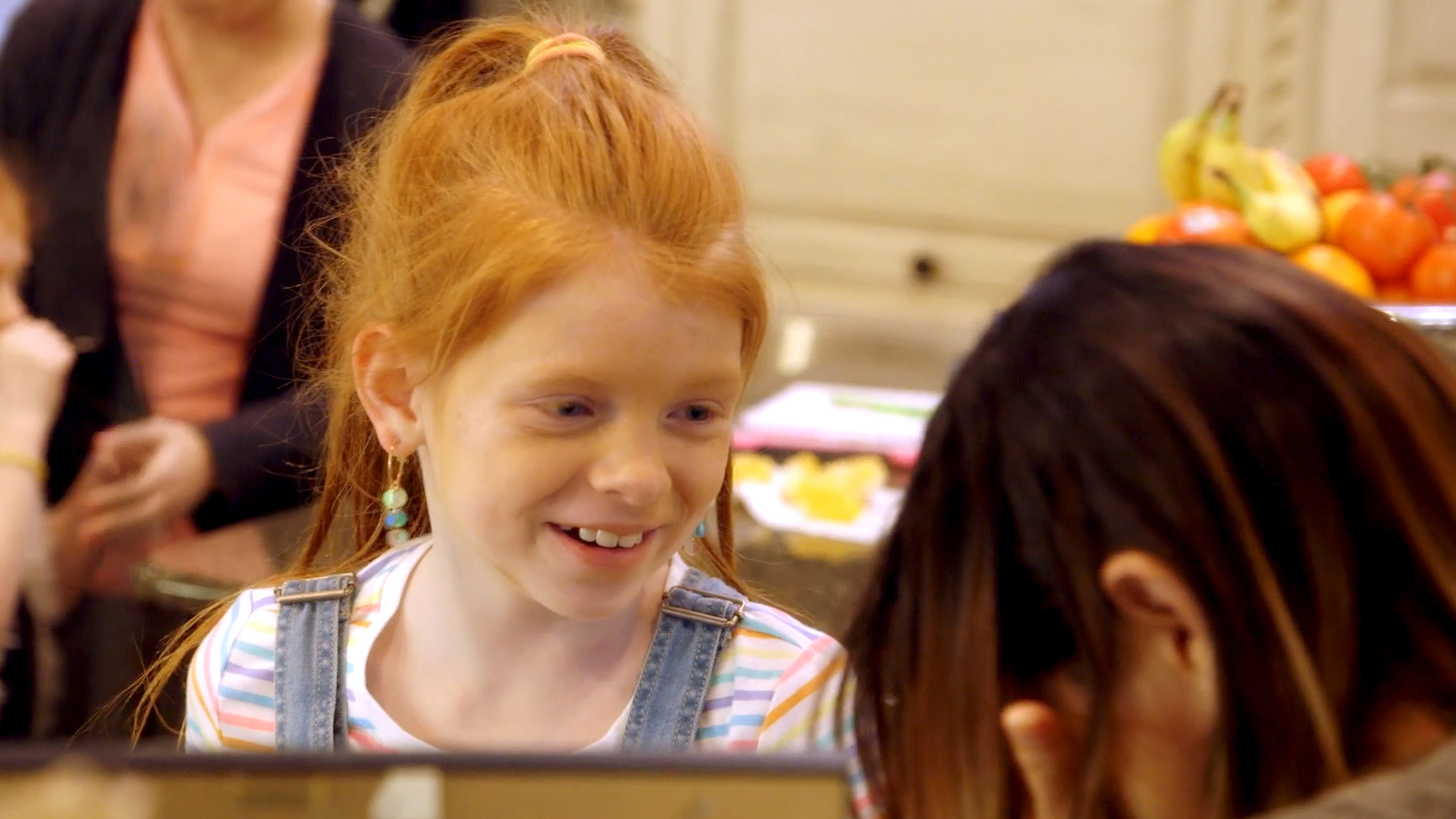 Brandi Redmond is having a little trouble connecting with her daughter Brooklyn as she navigates her tweenage years this season of The Real Housewives of Dallas. So Brandi decided to clock in some mother-daughter bonding time by taking her 10-year-old shopping.

Unfortunately, not everyone found the moment to be so precious. Brandi said she has received a lot of criticism of her daughter and her parenting on social media this season during an interview with The Daily Dish in New York City on September 16.

"Hey, should I maybe have pulled back a little bit on taking her shopping or whatever? Maybe," Brandi addressed the backlash. "But at the same time, like that was special for me because I've got three children and to give her that quality time together, even though she was probably wanting to be on her iPad or cartwheeling around the house, like that was my time with her, and I wanted to spoil her, and I have every right to. So it's my choice."

Some of the comments were so hurtful, it inspired Brandi to pen an emotional response to fans on Instagram on September 12. "Normally, I would block it out or I wouldn't care or I would say something feisty back, but there were so many comments, just negative about my daughter and negative about my parenting, and I felt like, it left me in tears. I literally wrote that in tears," Brandi said. "I just felt the need to say, like, I get it. If somebody wants to say, 'Hey, you spend way too much money on her. You shouldn't have bought her that.' Fine. But to go below the belt and say such horrible things about my child, that is hurtful. Yeah, I felt like because I put my life out there, I felt it was important to say, 'This is how I'm feeling right now.'"

I have to share what I’m feeling to get this off my chest....This is my baby girl. She is kind, loving, sweet and one of the smartest kids I’ve ever known. She is the first in our family that wants to bring everyone together. She’s the best big sister to Bruin & Brinkley. As I’m writing this I’m in tears. You can say anything you want to about me but not children. Who knew so many people could be so hurtful and judgmental. I don’t always get the parenting thing right and children are not always perfect but my love for my children is undeniable. Those who truly know my family know Brooklyn. She’s a blessing. Thank you for watching and to those of you who can relate, sending ❤️. Those who’ve got this all figured out, where is your NY Times Best Seller? #🤐#redmondpartyof5 . #rhod

Brandi added, "Of course, that's like your little loves. People can say whatever they want to about me, but my child, it really hurts, like that's where it cuts deep."

As difficult as it was to put something like that out there, Brandi said that it helped her heal from some of the negativity, especially since she received a lot of support after she posted the note. "It's almost a release because you say how you feel, and it's therapeutic in a lot of ways. And then it's like I really do, I lean on God for everything and just praying about it and handing it to him. I felt OK," she shared. "And then going back and reading the comments, I mean, Andy [Cohen] even reached out, and that is like, oh my gosh. Because I do think that the people that truly know us, like my girlfriends here, they know my family, they know the truth."

Brandi said that Brooklyn is aware that social media exists, but she doesn't have any accounts herself. "The one thing that I told her [is] it's just that when people have something to say, it's about them; it's not about you," Brandi said. "Because if they have that much insecurity that they can voice an opinion on a 10-year-old little girl, then that's their problem, not yours."

The RHOD mom said that she doesn't think anyone is in a position to judge whether they have children or not because everyone's situation is different. "If somebody's really got this right, then where is your New York Times bestseller because I will happily read it, and I really don't like to read," Brandi said with a laugh.

Brandi actually chalked up Brooklyn's behavior this season to just wanting attention when she appeared on Watch What Happens Live with Andy Cohen on September 18. "She knows when to turn it on and off," she explained. "It's like when any parent gets on the phone, that's when their kids want them. And you're like, 'Hey! Let me have a moment.'"

In fact, when Brandi watched the episodes with her daughter so far this season of RHOD, she actually liked what she saw. "I did get a lot of hate and bullying about it. But what I saw when I watched it was a very confident, strong little girl that has an opinion and some sass. And I love that," Brandi said on WWHL. "I'm glad she is her own person, and I don't want to take away from that."

This difficult experience hasn't dissuaded Brandi from continuing to interact with fans on social media as this season of RHOD continues.

"I feel so blessed that people want to have me in their home, and technically that's what it is. I know that I'm not everybody's cup of tea, but at the same time, I love to make people laugh and feel good about themselves. And so I hope that that's what it is. And I want to be relatable, and I want people to realize, 'Oh my gosh, she's like me.' Or, 'I've got friends like them.' Or whatever it might be. So yeah, I'll still be looking at it," Brandi told The Daily Dish, knowing that the haters are still out there. "I don't really block people because if that's their comment or opinion, I should say, then that's their opinion. If they want to say I look like Carrot Top's sister, then that's fine. Yeah, that's cool. But when they say the really, really negative stuff about my children, that's when I'm like, 'Oh my god, who are these people?' But you know what, everybody has a lot more confidence when they're sitting behind a screen."

See more from Brandi's most recent appearance on WWHL, below. 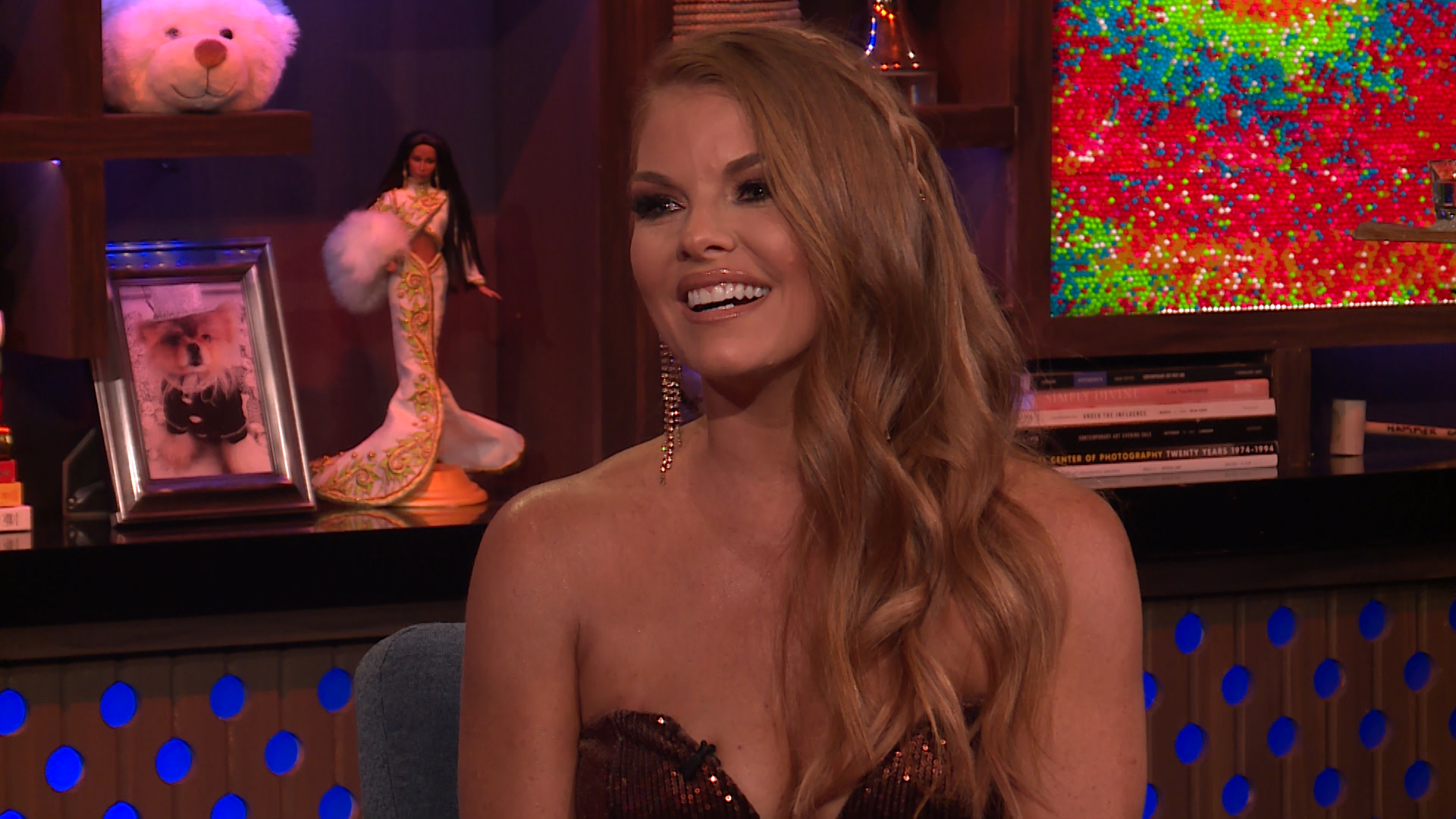 Brandi Has an Interesting Reaction to LeeAnne's Wedding