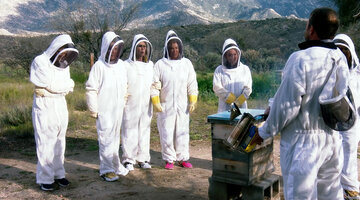 3:40
Preview
The RHOC Ladies Are Getting Bee Therapy 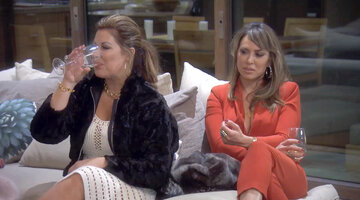 1:31
Preview
Kelly Dodd Isn't Quite Ready to Get on the Fun Bus 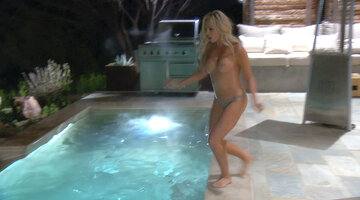 0:40
Preview
Next on RHOC: The Real Housewives of Orange County Get Naked

She shared that she did know the third party ahead of time and that it was "assumed" it would happen. "Everyone lost their damn minds" at Sean's party at the Hard Rock Hotel in San Diego, she said.

"Keep in mind, I've been with him a long time. Everything we've done, we've done together," Braunwyn explained. "So it was sort of like, 'Oh, that would be fun.' And I was kind of like, 'This is your birthday present.' So it started as a joke. And then it became, 'OK, for every monumental birthday, this will be your gift.'"

However, not all of the OC ladies are as open-minded as Braunwyn when it comes to her bedroom activities. Watch the video above to see what the ladies have to say about Braunwyn's revelation, and learn more about the third party from that epic night.

And keep up with RHOC every Tuesday at 9/8c. Preview, below.

Braunwyn Windham-Burke and Her Husband Both Think Tamra Judge Is Really Pretty
Life is better as an Insider
Bravo Insider is your VIP pass to never-before-seen content, exclusive giveaways, and so much more!
Sign Up for Free
All Posts About
Braunwyn Windham-Burke
The Real Housewives of Orange County
RHOC After Show
Relationships
Sean Burke
Related

Braunwyn's Other Connections with RHOC Alums

Braunwyn on Her "Complicated" Relationship with Her Mom