When you're a Bravolebrity, every aspect of your life may be recorded—including your wacky skincare regimen. Bravo cameras have caught everything from forehead-shaving to bidet facials. And on this week's episode of Shahs of Sunset, MJ revealed that she loves to contour her arms. So which beauty secrets are the quirkiest? Read on to see the weirdest rituals that our stars swear by.

"There are certain things that you shouldn't leave the house without doing," MJ declared on this week's episode of Shahs of Sunset. Apparently, one of those things is contouring your arms. "The skinniest bitches in the game are doing this," explained MJ, who suggests using dark make-up on the inner, flabbier area of the arm to make the fat "disappear into the sunset." 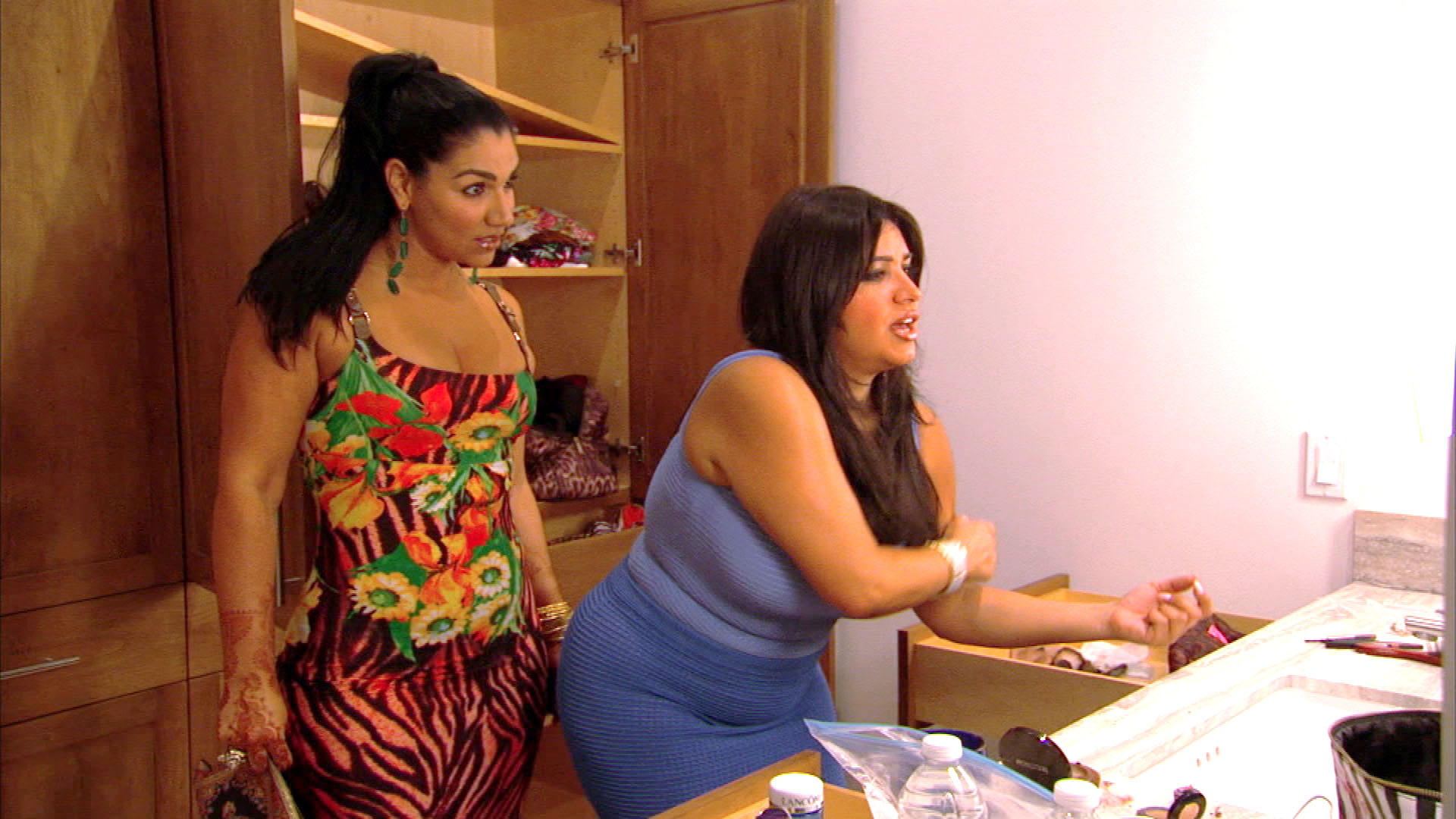 During a Season 5 trip to London, a jet-lagged Sonja Morgan stunned her Real Housewives of New York City costars when she announced she was headed to wake her face up by soaking it in an ice-filled bidet in the hotel bathroom. When a disgusted Countess LuAnn de Lesseps suggested she use the sink, Sonja insisted, "This is deeper!" 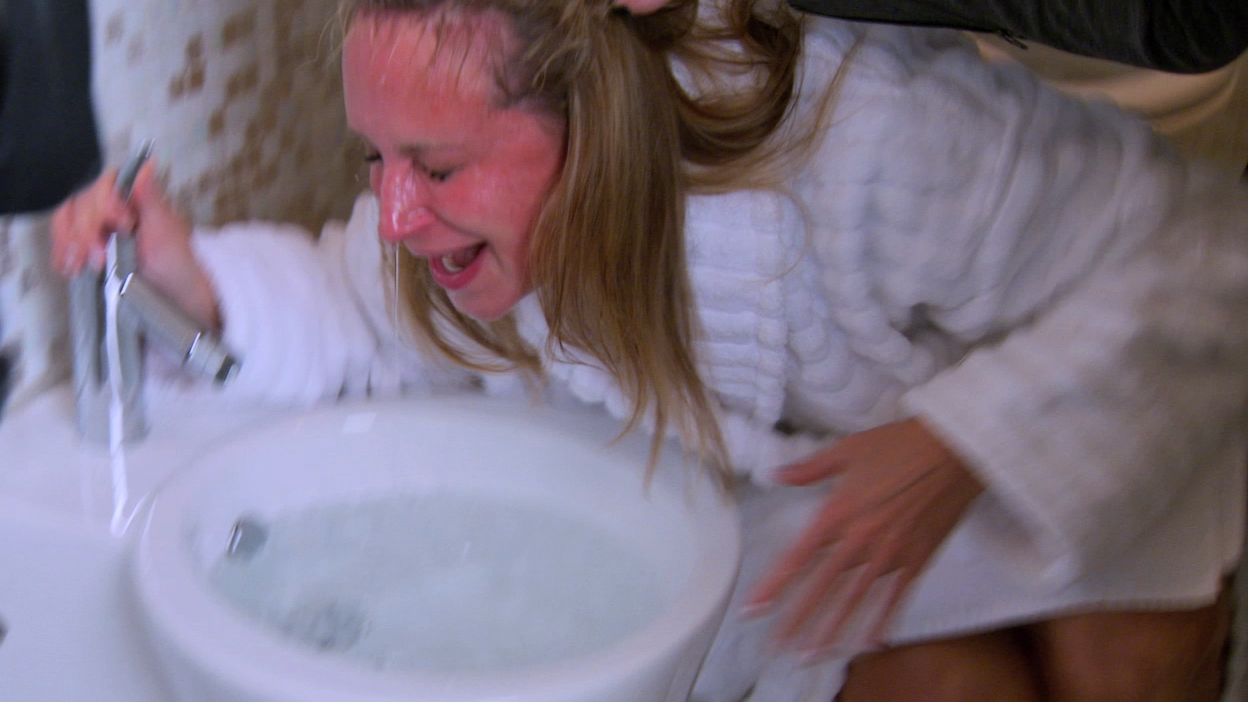 Longtime viewers of The Real Housewives of New Jersey have been hip to Caroline Manzo's face-shaving secret for years. The practice, dubbed dermaplaning, has taken off since Caroline's daily ritual was revealed again on an episode of Manzo'd with Children last fall. Caroline blogged, "Once again, they’ve got me shaving my face on national television. Let me make something clear and hopefully answer your questions once and for all: I shave my face as a method of exfoliating my skin. I don’t shave because I have a hairy face!" 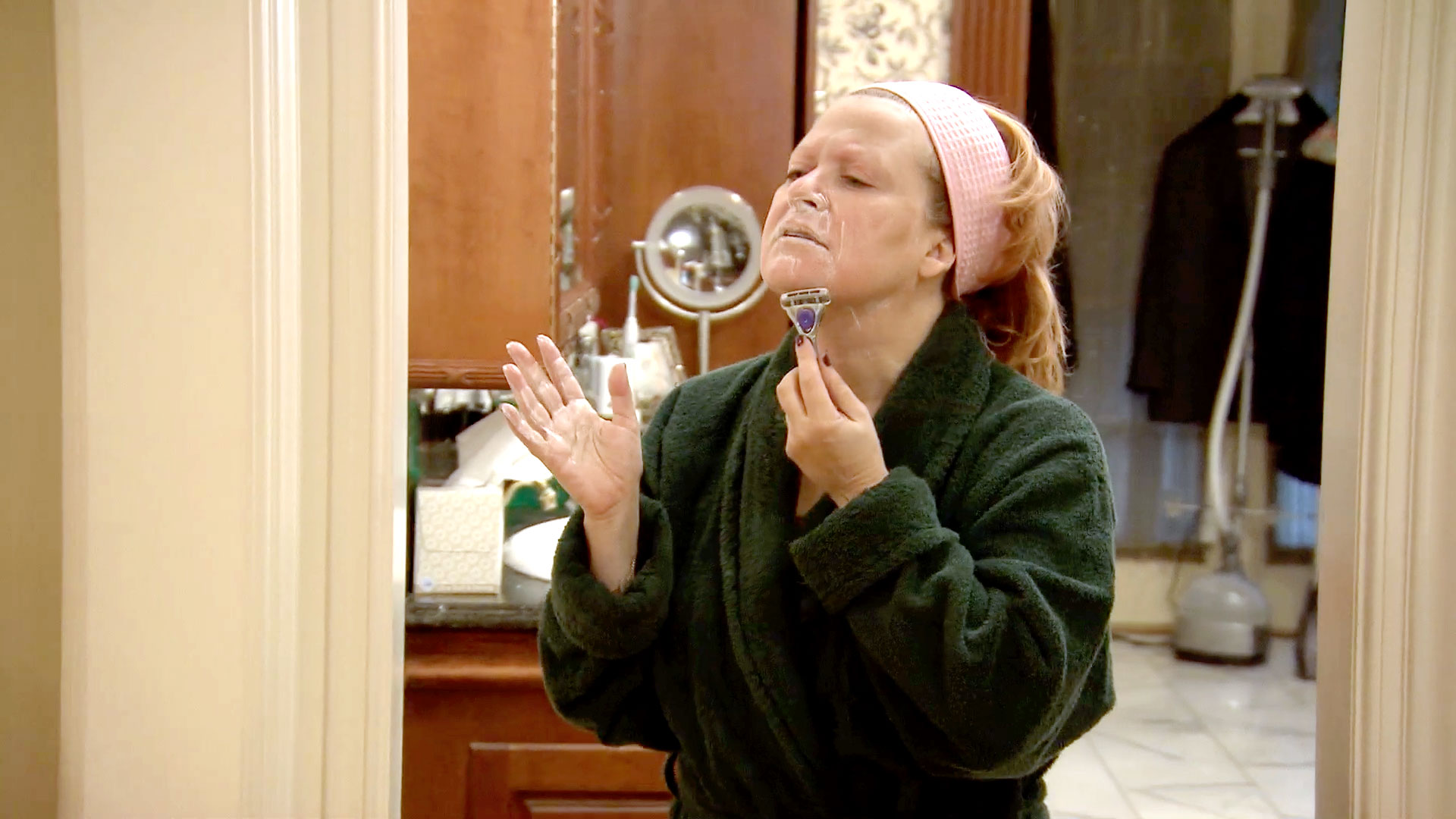 Vanderpump Rules star Tom Sandoval may have been one of those RHONJ viewers learning about skincare from Caroline, or maybe it's just a coincidence that he also shaves his entire face - even the areas where he doesn't grow hair. He gave a similar explanation when asked about the practice by a Twitter follower.

@janesinsane exfoliates the dead skin, and works like a charm

After much speculation about her "new nose" Real Housewives of Orange County star Gretchen Rossi shared on the show's 100th episode special that her slimmer nose was the result of cosmetics and not cosmetic surgery. "My make-up artist has been doing some shading on my nose," explained Gretchen. "It makes it look so much thinner, which is what I'd want it to do if I went and got a nose job." Gretchen recently shared an Instagram photo in full make-up with detailed info on all the products she uses.

Brandi Glanville may have access to the finest estheticians in Beverly Hills but the product she swears by for making zits vanish is not so high-brow. "Backstage at a fashion show long ago, a makeup artist taught me that a drop of Visine temporarily takes the red out of a pimple," Brandi, who shared the tip with Real Housewives of Beverly Hills costar Yolanda Foster, wrote on her Bravo blog. "That way you can get through your date night or even a fashion show." Yolanda's go-to beauty item is even less sophisticated. The former model juices the lemons from her own land to add to warm water to drink and use topically on her face. "Best way to start your day," she captioned this Instagram pic of a huge container of lemon water.

Real Housewives of Atlanta's resident model Cynthia Bailey also favors using a food product as part of her routine. "I use organic coconut oil as an overall body moisturizer," she revealed to the Daily Dish. "I also use it to add shine to my hair."