Sign Up for Free to View
Are Bugsy Drake & Alex Radcliffe More Than Just Friends? 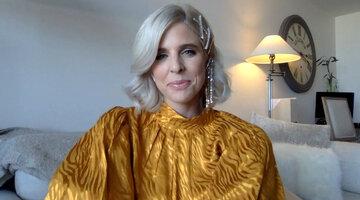 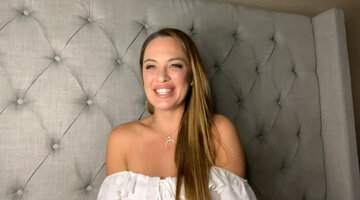 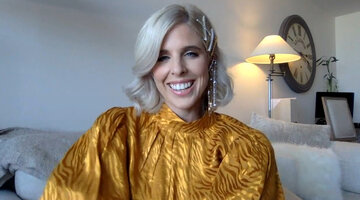 The Below Deck Mediterranean charter season may be over, but we're still shipping Bugsy Drake and Alex Radcliffe. In fact, we just discovered that these two yachties have a lot more in common than we realized.

It all started when Jess More posted a gorgeous photo of herself striking a pose in an all-black outfit, which she posted on Instagram on October 20. Bugsy then decided to recreate that photo in her Instagram Story, putting her own spin on Jess' look and pose. "[Jess] taught me," Bugsy captioned the pic.

Alex then followed that up with his take on Jess' photo. "I can play this game too," he captioned his Instagram Story, comparing his pic to Bugsy and Jess' snaps. Alex even included a poll in the post so his Instagram followers could decide "who did it better."

One thing is clear: These three Below Deck Med crew members sure do know how to take a stunning photo.

Bugsy and Alex previously raised some eyebrows with a photo of the pair reuniting in Florida earlier this fall. Bugsy later teased what the future may hold for her and Alex during her appearance on Watch What Happens Live with Andy Cohen on October 12. "With regards to Alex and I, we are both obviously working on opposite ends of the world, kind of. I'm still working on a boat," she shared in the above clip. "But we met up, feelings came back, and we're kind of just seeing where to from here. We're really good friends. But yeah, we'll see."

Won a raffle last week and the winning prize was to have a #winewednesday with the most dangerous person in South Africa....Soooo fill my Pinot up please

We'll hear more from Bugsy, Alex, Jess, and the rest of The Wellington crew during Part 2 of the Below Deck Med reunion airing Monday, October 26 at 9/8c. Until then, catch up on all seasons of Below Deck Med through the Bravo app.

Watch Bugsy and Alex dish more on their flirtmance in the Below Deck Mediterranean Season 5 After Show, below.

Life is better as an Insider
Bravo Insider is your VIP pass to never-before-seen content, exclusive giveaways, and so much more!
Sign Up for Free
All Posts About
Alex Radcliffe
Christine "Bugsy" Drake
Jessica More
Below Deck Mediterranean
Bravo Relationships
Related

Alex Has a Cheeky Message for Bugsy After Reuniting

There's a New Development with Bugsy and Alex