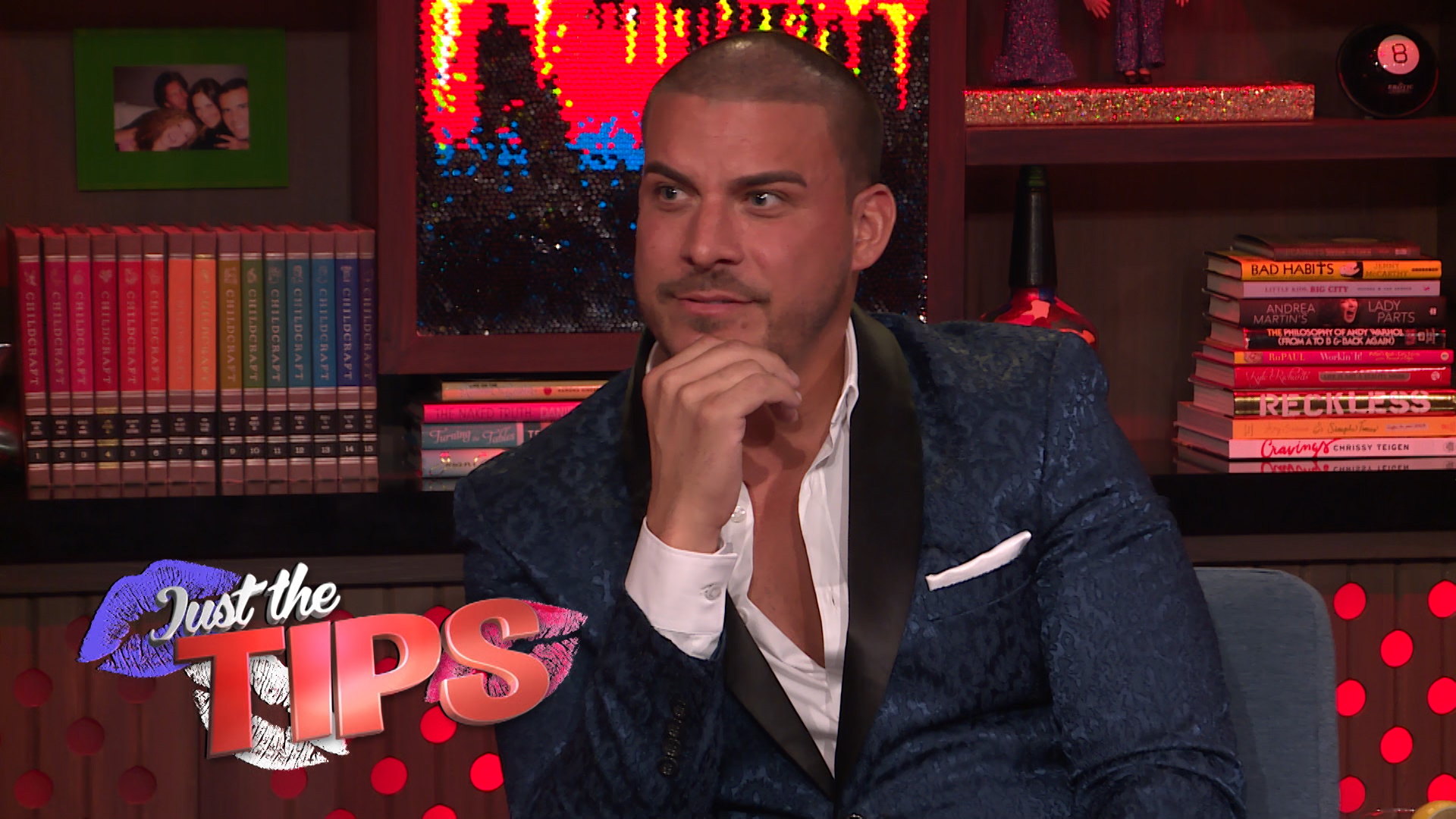 As Jax Taylor got ready to appear on Watch What Happens Live with Andy Cohen with Captain Lee Rosbach earlier this week, one of the SURver's Twitter followers had a brilliant idea: "@capthlr should hire @mrjaxtaylor just for one season to bartend. That would be an epic season to watch."

@capthlr should hire @mrjaxtaylor just for one season to bartend. That would be an epic season to watch. #belowdeck #WWHL

And what do you know, Jax actually liked the sound of that. "I could do that, would be a nice change of scenery," he tweeted in response.

I could do that, would be a nice change of scenery, what do you think. @Bravotv @evolutionusa https://t.co/VUqX4fG9li

So what does the Below Deck boss have to say about that? "Entertaining, I think, is the word I would use to describe Jax as a crew member on Below Deck. I think he would be entertaining," Captain Lee told The Daily Dish before his appearance on WWHL earlier this week. "I don't know if he could hang. There's a lot of hard work that goes into it, and I don't tolerate people not doing their work. I'll give you the opportunity to make a mistake, but I'm not gonna watch you make it again and again. We're gonna have a come to Jesus meeting at that point."

That means Jax better be ready for some hard work if he ever steps foot on a yacht where Captain Lee is at the helm — or else he might just get a plane ticket home sooner rather than later. "I'm not a big person on trying to motivate people that you have to work that hard to get 'em motivated. They have to have an initial attitude of 'I want to do the job, and I want to do it right,'" Captain Lee said, when asked how he would motivate Jax if he were part of his crew. "And if they don't have that, they're just somebody I won't work with. And if I see that displayed, you can just count the days 'til they're gone."

And let's just say that watching Jax and the rest of the Vanderpump Rules crew work at SUR doesn't exactly inspire much confidence in Captain Lee that the bartender can hack the demanding workload that comes with yachtie life. "They spend a lot of time socializing at that restaurant, don't they? I'm just wondering how anybody ever gets served their food," Captain Lee said of what he's seen of the SURvers on Vanderpump Rules, adding that the drama is "addictive." "You can't wait 'til the next screw-up."

But at least Captain Lee and Jax seemed to get along on WWHL Tuesday, even if the Below Deck boss predicted their meeting might be "a little like fire and gasoline."

Kinda like fire 🔥 and gasoline ⛽️. Had s great time.

Check out more of the bromance we're now totally shipping, below.

The Below Deck Reunion of Your Dreams Just Came True