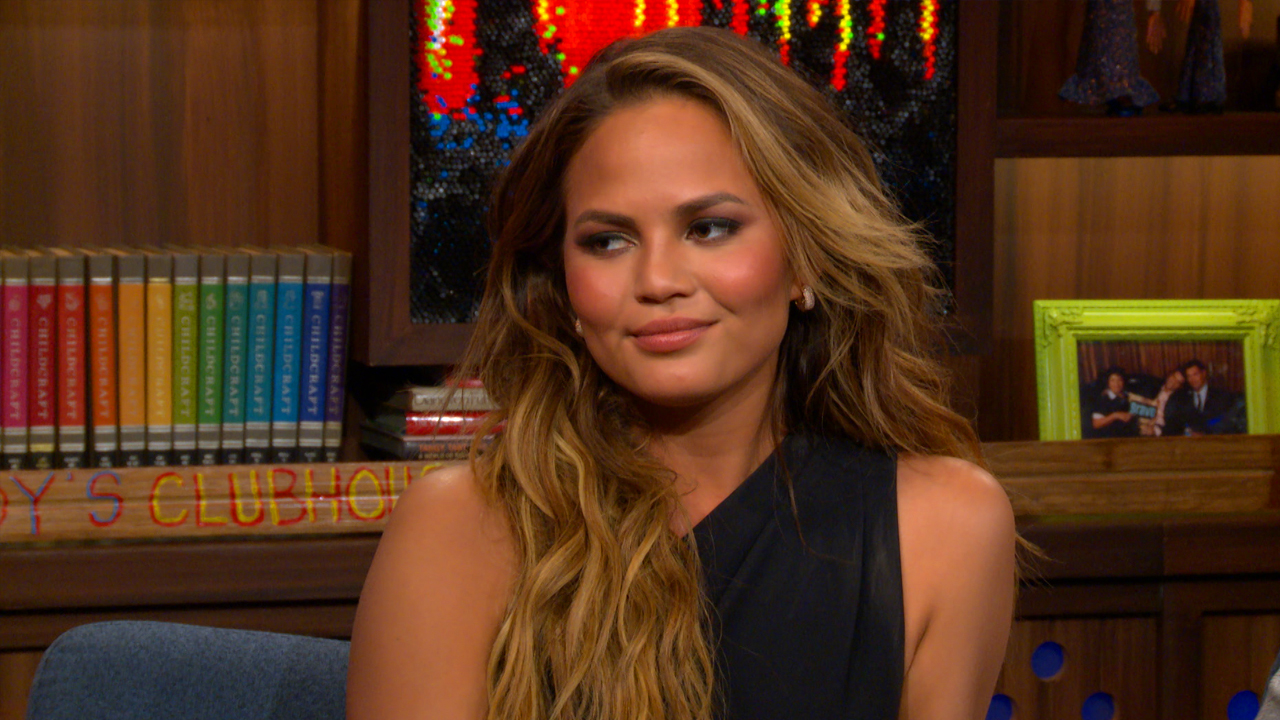 We all love Lisa Vanderpump, but Chrissy Teigen takes her adoration of The Real Housewives of Beverly Hills restaurateur to a whole new level.

Lisa made a surprise appearance on Wednesday night's Watch What Happens Live, carrying shots on a tray in one hand and her prized pup Giggy in the other. Chrissy, who was in the audience supporting her husband John Legend's appearance on the show that night, promptly lost her cool, dropping her jaw in shock and amazement, followed by her placing her hand over her heart and laughing, which you can see in the below clip from the episode.

Find someone who loves you as much as @chrissyteigen loves @LisaVanderpump's surprise visit to #WWHL. pic.twitter.com/Vwt52mKIdl

And here it is again in GIF form, because we will never get tired of looking at this.

The usually calm, cool, and collected John also couldn't contain his excitement over Lisa's surprise appearance. He stood up and yelled "Lisaaaaaaaa" as she greeted the WWHL host and guests.

Of course, Chrissy is a well-known Real Housewives superfan, and she has a reputation for majorly wearing her heart on her sleeve (or rather, her face). So this WWHL moment was basically a perfect storm of awesomeness. 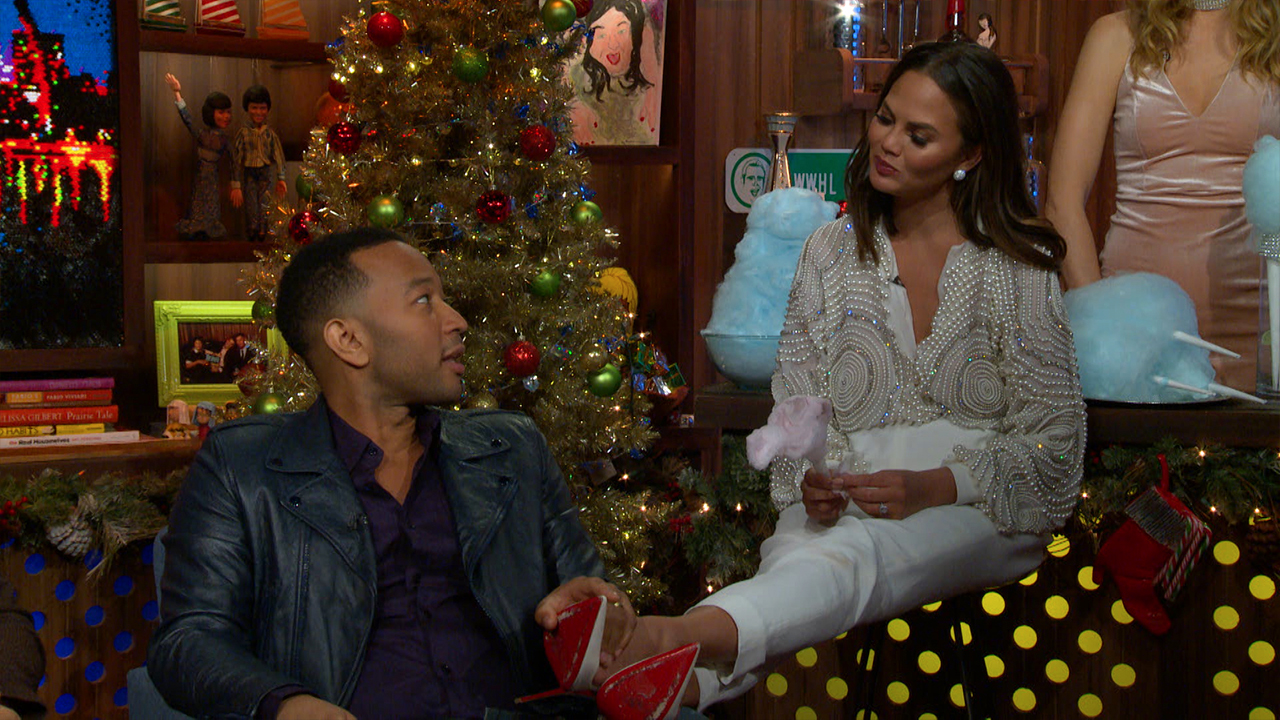 Which Real Housewife Does Chrissy Teigen Thank God For?

Chrissy Teigen Got a Real Housewife for Her Birthday