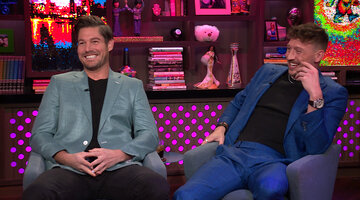 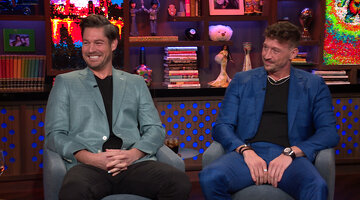 6:47
After Show
Where Does Craig Conover Stand with Madison LeCroy? 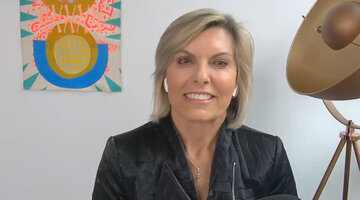 The ladies may have resolved the “mean girl” drama on Winter House Season 2, but now the guys are getting involved.

As viewers may remember, on the November 10 episode, Jessica Stocker told Amanda Batula, Paige DeSorbo, and Ciara Miller that she felt like they were a clique that reminded her of high school mean girls.

The comment sparked an argument, as Paige said she was “so done with the mean girl s--t,” and Amanda told the Season 2 addition that “it goes both ways.” The following morning, once everyone had cooled off from the situation, both Paige and Jessica apologized to each other.

While it seemed like “Mean Girl–gate” had ended right then and there, two of the other Winter House roommates have now entered the chat.

On the November 17 episode of Watch What Happens Live with Andy Cohen, Paige’s boyfriend, Craig Conover, and his fraternity brother Kory Keefer shared their thoughts on the matter. During a game of “The BFF Test,” Andy Cohen asked Craig and Kory who the “meanest” woman actually was on Winter House.

While Craig played it coy by saying he didn’t “remember anyone being mean,” Kory did give the host a name.

“Amanda,” he says in the video above. “Whoops, sorry! Shout out to Amanda, [because] I still love her!”

Though it seemed like Kory was simply throwing shade at the Summer House cast member — which would make some sense, considering he is forming a romantic connection with Jessica on the show — he had an explanation for his answer.

“Kyle and I were partying one night, we had the speakers blasting, and [Amanda] came out and turned all the speakers off,” Kory said. “It killed the vibe.”

Craig may not have said anyone’s name, but he did admit that some people were less than pleased when some of the guys would stay up late.

“Most of the girls were down with us partying until late at night, but…” Craig added.

As the test continued, the pals agreed that Ciara would be a better match for Kory than Jessica, that Austen Kroll had more game than Jason Cameron, and that Craig complained the most during the trip.

Kory and Craig aren’t the only Winter House besties who have spilled lots of tea during “The BFF Test.”

Paige and Amanda played a round of the game when they appeared on WWHL back in October. Find out who they said had the biggest ego and who they are “closest to” in the Vanderpump Rules cast by watching the video below!

Paige DeSorbo and Amanda Batula Says Who Has the Biggest Ego

Life is better as an Insider
Bravo Insider is your VIP pass to never-before-seen content, exclusive giveaways, and so much more!
Sign Up for Free
All Posts About
Amanda Batula
Ciara Miller
Craig Conover
Jessica Stocker
Kory Keefer
Paige DeSorbo
Winter House
Related