Sign Up for Free to View
Have Kory Keefer and Craig Conover Competed for the Same Girl? 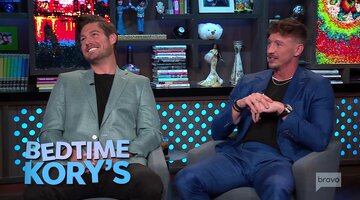 1:45
Show Highlight
Have Kory Keefer and Craig Conover Competed for the Same Girl? 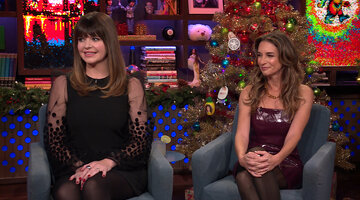 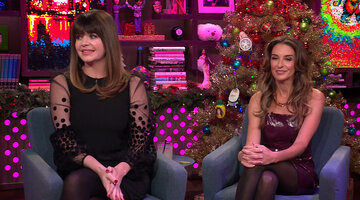 1:54
Show Highlight
Casey Wilson and Danielle Schneider Would Give These Housewives the Boot

Is Craig Conover ready to pop the question to Paige DeSorbo?

We got an answer to this very question during Thursday’s Watch What Happens Live with Andy Cohen after the host asked both Craig and his Winter House castmate Kory Keefer, “How long before Craig proposes to Paige? More than a year or less than a year?”

The fraternity brothers blurted out their responses at the same time, with Kory saying “more“ and Craig answering “less.”

Andy followed up by suggesting “a Christmas proposal,” but Craig said if he does go that route, it’ll be next Christmas rather than this one.

“I think, like, eight months,” Craig added. “I think Thanksgiving-ish.”

Clarifying one last time, Andy asked, “Next Thanksgiving we will see a proposal?”

The Southern Charm cast member didn’t elaborate on his plans any further, but thankfully, he seems to already have the approval of Paige’s parents. “My dad loves Craig,” Paige said during her own appearance on WWHL in October. “[He] thinks he’s just really, to his heart, the nicest person. And he really is.”

Hear more from Craig (and Kory!) above.

Life is better as an Insider
Bravo Insider is your VIP pass to never-before-seen content, exclusive giveaways, and so much more!
Sign Up for Free
All Posts About
Craig Conover
Kory Keefer
Paige DeSorbo
Winter House
Bravo Relationships
Relationships
Related
BravoCon 2022

Paige and Craig on If They're the "Best Bravo Couple"

We’re Not Over Craig’s Confession About Sexting

Rish Karam Confirms That He “Lied” to Monica Vaswani