The stress of reality TV can impact even the strongest of unions, and that's been no different for Real Housewives of New York newcomer Dorinda Medley and boyfriend John Mahdessian. Their relationship has been a point of contention for some of her RHONY co-stars this season — and even for Dorinda herself at one point — but the couple is confident they can make it work.

Show Highlight
Dorinda and John's Relationship Gets Thrown Under the Bus 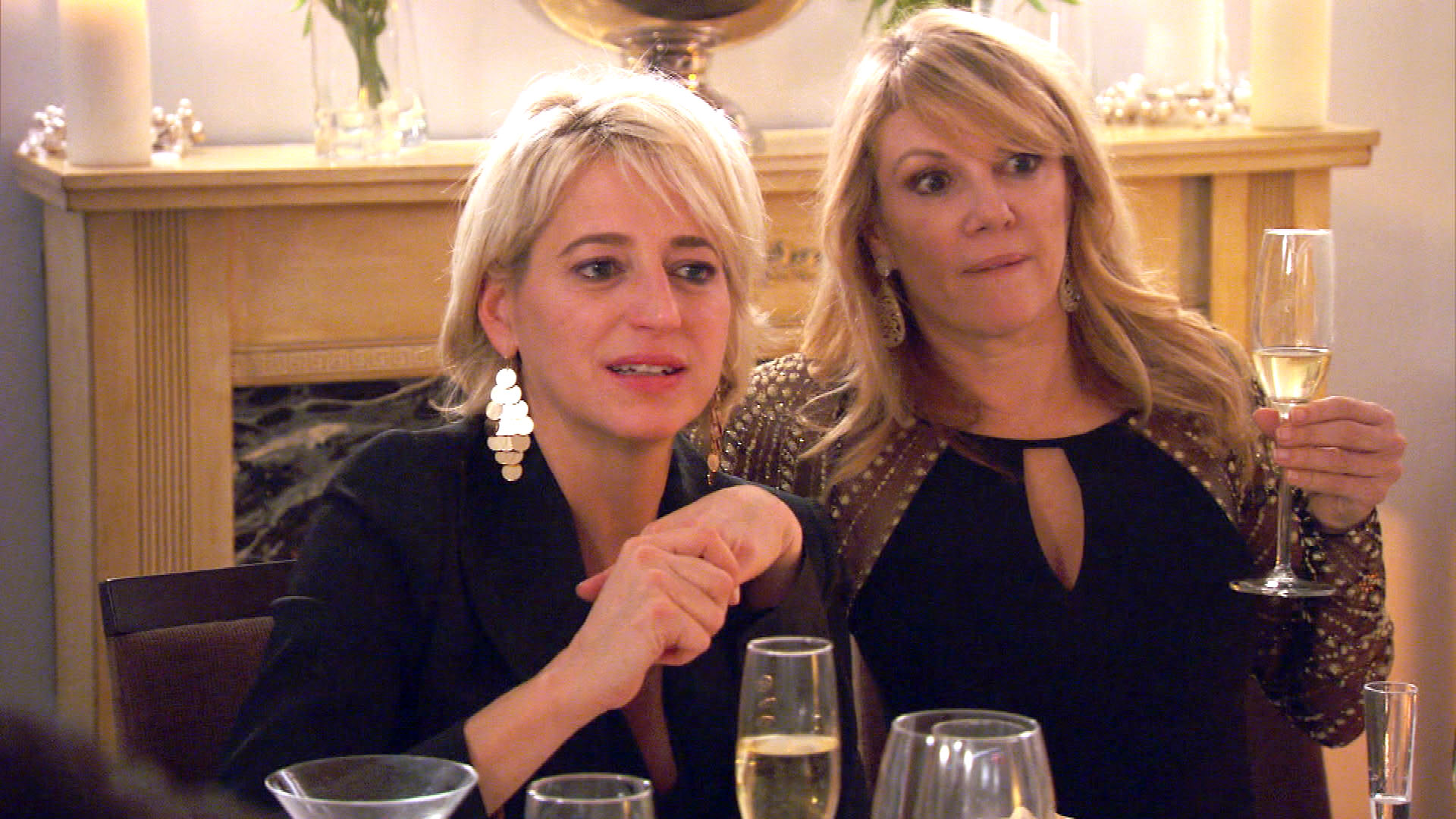 When the Daily Dish caught up with the pair at John’s 50th birthday party, they both made it clear that a TV show could never tear them apart. “Someone said to me at the beginning of the season, ‘You’re going to get the Bravo curse,’” Dorinda revealed. “I think whatever’s going on in your life, good or bad, it accelerates it. Listen, I went in there knowing I love John. I’m not going to break up with him because of Bravo. If God forbid we broke up, it would be because we broke up.”

John echoed those sentiments. “I love Dorinda and this is my partner and this is my best friend,” he explained. “No one knows the love that we have so I never doubted it. Did they throw us a couple curve balls? Absolutely. Did I strike out? Not at all. I knocked it out of the park, because look at who I’m sitting next to.”

Dorinda And Her Squad Are Just Like 'Sex and the City'