Sign Up for Free to View
Your First Look at Race in America: Our Vote Counts 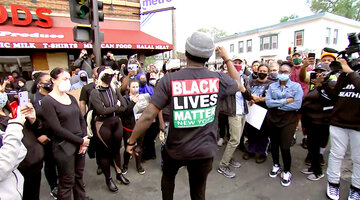 Now Playing
1:39
Preview
Your First Look at Race in America: Our Vote Counts 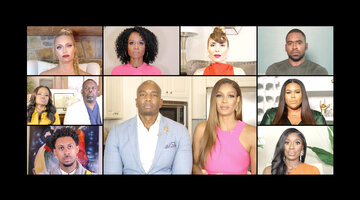 2:45
Preview
Tamica Lee Is An Example Of Why It's Never Too Late To Start Voting 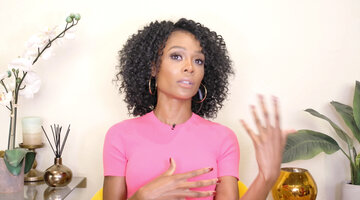 Dr. Heavenly Kimes and the rest of the Married to Medicine cast served as medical advisors at the March on Washington held in August, which commemorated the 57th anniversary of the historic March on Washington where Martin Luther King Jr. delivered his "I Have a Dream" speech in 1963.

In addition to showing their support for the fight for racial equality, Dr. Heavenly and her husband, Dr. Damon Kimes, helped get people tested for COVID-19 and registered to vote during the event. Dr. Heavenly recalled during the Race in America: Our Vote Counts special, which aired on November 1 on Bravo, one interaction with an attendee that really stood out to her from that day.

"During the March on Washington, I met a young man, and he came in for COVID testing, and the guy knew me from reality TV. You don't realize the impact you have. He was HIV positive. He was like, 'Why should I get COVID tested?'" Dr. Heavenly shared. "And we were able to have a conversation, and I do think that I ignited something in him that made him feel like, 'I need to vote, my life does matter.' And this term probably is one of the most important voting times of our lifetime because our life literally depends on it."

Dr. Damon underscored the importance of voting in the upcoming election during the special. "Right now, we're in such a critical moment. We really just need to tell people to vote," he said. "This is critical. This is a big deal."

For those who may have concerns about voting during the coronavirus (COVID-19) pandemic, Dr. Britten provided some assurance on how to vote safely. "I think people have the right to feel hesitant to vote, but hopefully they still want to. You have to use the common sense rules and go in there, do what you got to do, don't mingle, don't talk," she said on Race in America: Our Vote Counts. "Get in, do what you came to do, and then hightail it on out of there. Don't hang around, don't have conversations, just take care of business."

Dr. Damon also provided some best practices for voting during the pandemic. "Distance, wash your hands, do not touch your face, your nose, your eyes, or your mouth," he said. "The chances are, it's very low likelihood if you have a mask on that you're gonna catch anything."

Voting is so vital that nothing should stop you from casting your ballot, according to Dr. Damon. "Don't let anything obstruct your ability to vote, including fear," Dr. Damon said. "There's never been a more important time for Black people, period."

See more from Race in America: Our Vote Counts, below.

Have you come up with a plan to make sure your vote counts this year? Use this state-by-state guide to #PlanYourVote: NBCNews.com/PlanYourVote.