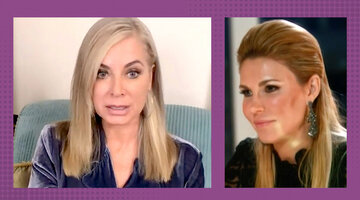 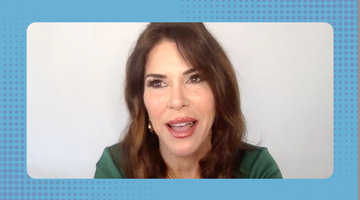 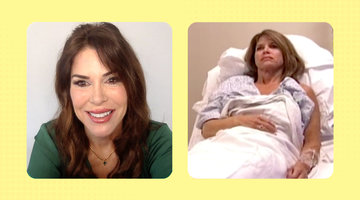 Back in Season 5 of The Real Housewives of Beverly Hills, Eileen Davidson was new to the cast and the ladies were getting to know her a little better. One night while out in Amsterdam with Yolanda Hadid, Lisa Rinna, and Brandi Glanville, Eileen opened up about her history with her husband (they were each married to other people when they met), Vincent Van Patten, which led to a certain "homewrecker" comment and wine toss moment with Brandi.

Eileen sat down for an exclusive interview with Bravo Insider's Life After Bravo, where she reflected on that tense dinner and the way things escalated with Brandi during that outing with the ladies.

“[I considered quitting] only because of having to pull people into it that weren’t on the show,” Eileen said  during her Life After Bravo interview. “I don’t care about me. Putting the light on people that did not sign on to do the show was always the worst thing for me about being on the show.”

To hear more from Eileen about her first days shooting, how her life changed once she joined the show, and her take on the drama she witnessed during her tenure on the cast of RHOBH, press play on the video above.

Life is better as an Insider
Bravo Insider is your VIP pass to never-before-seen content, exclusive giveaways, and so much more!
Sign Up for Free
All Posts About
Brandi Glanville
Eileen Davidson
The Real Housewives of Beverly Hills
Bravo Insider
Life After Bravo
Related