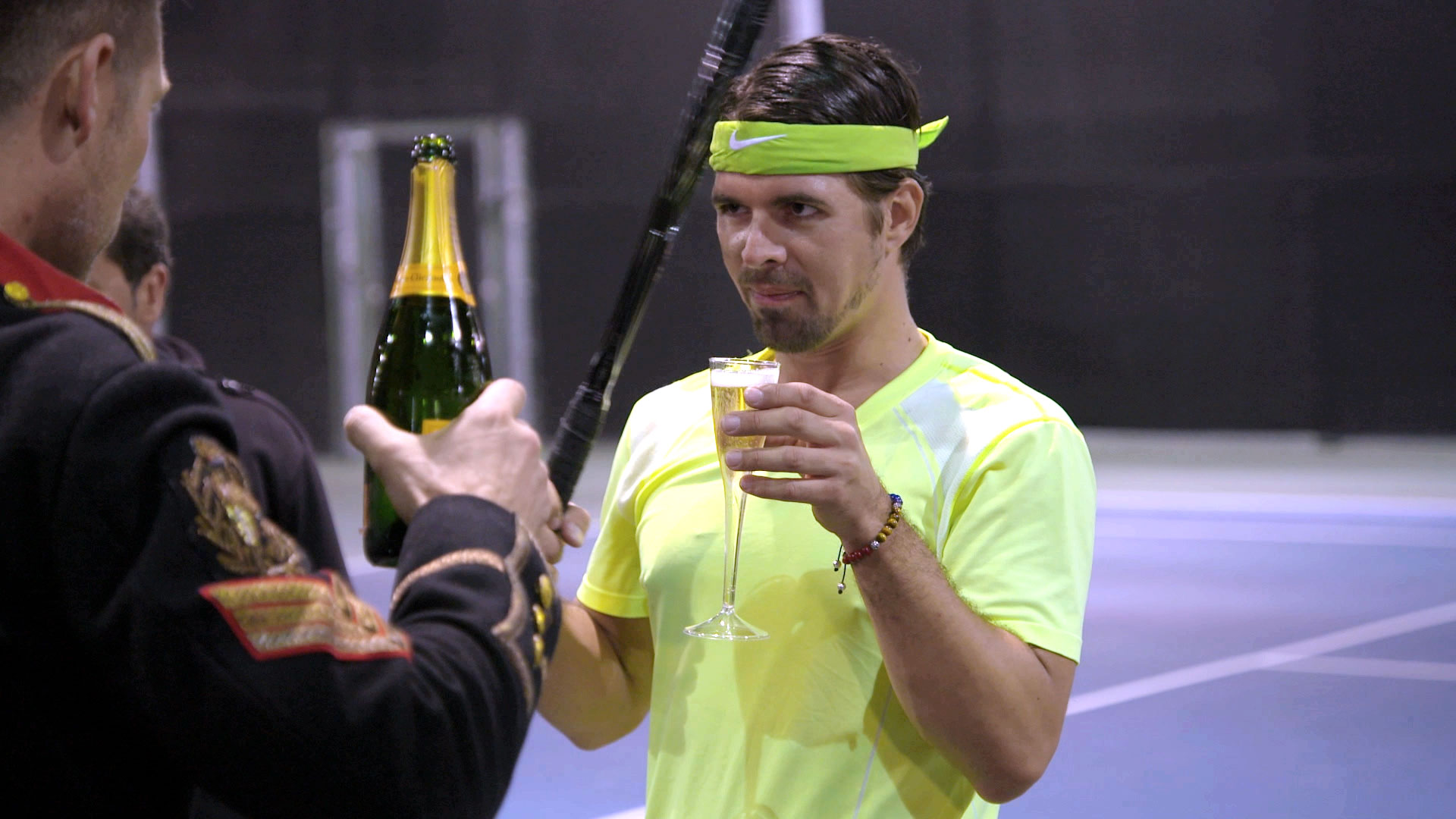 Who didn't instantly fall in love with Massimo Dobrovic on Euros of Hollywood? The fun-loving actor wowed us with his many talents, from dancing to playing tennis to being the best friend anyone could ever ask for. Yes, Massimo seemed to be living out loud, but there was one part of his life that he didn't share with Euros of Hollywood fans — or really many people at all, for that matter.

Massimo married his longtime love, Paolo De Angelis, around Christmastime last year, and he is now publicly coming out as gay, he shared exclusively with The Daily Dish. "It feels amazing. It’s something that I’ve wanted for 10 years," Massimo told The Daily Dish of his recent nuptials.

Massimo met Paolo, a business manager and accountant, a decade ago when they were both living in Rome and belonged to the same tennis club. "Everything that I do, I owe to him because he’s always been beside me for the last 10 years, supporting me in the ups and downs that this career brings to you," Massimo gushed. "And when you are an actor and you are an artist, you need somebody — a partner or husband or wife or whatever it is — that can really be there every time you need this person. This person has been with me for 10 years, has helped me achieve every single goal I’ve achieved and every single goal I’ve had in mind. It was time for me to make this relationship public, finally."

30 Mind-Blowing Facts About the 'Euros of Hollywood'

After 10 years of dating, the two finally decided to tie the knot at the Palm Springs Aerial Tramway in Palm Springs, California last December. "Palm Springs gave us inspiration. We’ve always said that Palm Springs is like living in paradise, and it’s like a kid walking into a candy store, and you want that candy. When you come to Palm Springs, you want to be here because it’s a beautiful, peaceful place full of nature," Massimo said. "It reminded me a little bit of when we came to shoot the [White Party in Palm Springs on Euros of Hollywood]. I really left my soul here. I couldn’t think of a better place than Palm Springs to tie the knot here with my partner and my coming out, which I’ve really wanted to do for a long time."

Massimo explained that he chose not to come out until now, at 32 years of age, because he had previously been advised that it could have a negative impact on his acting career. "I was thinking that I would not be able to do something like that. I would not be able to live a fake life or to pretend to be a person in front of the public eye that I’m not," Massimo explained. "I found that my mental health, my sanity, and being truthful to who I am is really important to deliver my art 100 percent, to be able to really be the artist I wanted to be. I think that my acting, my art [would] have suffered immensely."

Now that he has come out as gay, Massimo is hoping to be a major part of the international LGBTQ community. As someone who left a wartorn Croatia at 6 years old, grew up in Italy, and now splits his time between Hollywood, Palm Springs, and New York, Massimo said he hopes to inspire people all over the world "to come out and really understand that no matter where you’re from, no matter what citizen you are, no matter what background you are, you can do it. You are able to come out and be an open gay man if you pursue the goals that you have in your life," he said.

Massimo said he hopes that Euros of Hollywood fans don't think any differently of him after learning the news of his coming out. "I think that I was always truthful to who I am personally. My personality is that I was always 100 percent myself, always. I did not talk a lot about my private life or my sexual preferences. I was not ready yet," he said. "If you love me, if you love who I am, you will love me and appreciate me if I’m gay, straight, bi, it doesn’t matter. You will appreciate my art and what I do, no matter the choices that I make in my private life. You will see my personality, you will see my character. You will see the kind of qualities I have and the kind of art I deliver without concentrating on what I do in my private life."

Massimo and Paolo wanted to keep their wedding "intimate and romantic" with just their closest friends in California, the Euros of Hollywood actor said. The couple had their ceremony in the hot Palm Springs desert before taking the aerial tramway up to the snow-covered mountain for the reception. "That was fantastic," Massimo said.

Massimo said they didn't invite any of his Euros of Hollywood pals because of the small size and intimacy of the nuptials, but they're all invited to the couple's upcoming wedding celebration this summer in Rome. "It’s going to be a crazy party in the old Roman ruins in an old Roman villa with a pool and a DJ," Massimo described. "The parties in Italy are crazy."

The jet setting doesn't stop there for Massimo and Paolo. The two are also planning on traveling to Maui, Hawaii for their honeymoon. "We’ve never gone to Hawaii before, so it’s going to be our first time [in] Hawaii together. We’ve wanted to go to Maui for a very long time because of the nature," he said. "We’re going to go play tennis there and go snorkeling and look at the volcanoes and waterfalls."

But as far as the future of their family goes and whether or not they're planning on growing it anytime soon, Massimo said he and Paolo are excited to focus on their relationship and careers for now. "We did not think about having a family yet," he said. "I’m still very concentrated on my career, and I’m doing many new projects here. I’m doing a new miniseries. I’m working on a new movie right now. I’m focused on my career right now."

Congrats to Massimo and Paolo!

Relive one of Massimo's many amazing moments on Euros of Hollywood, below.

Massimo Shows Off His Choreography 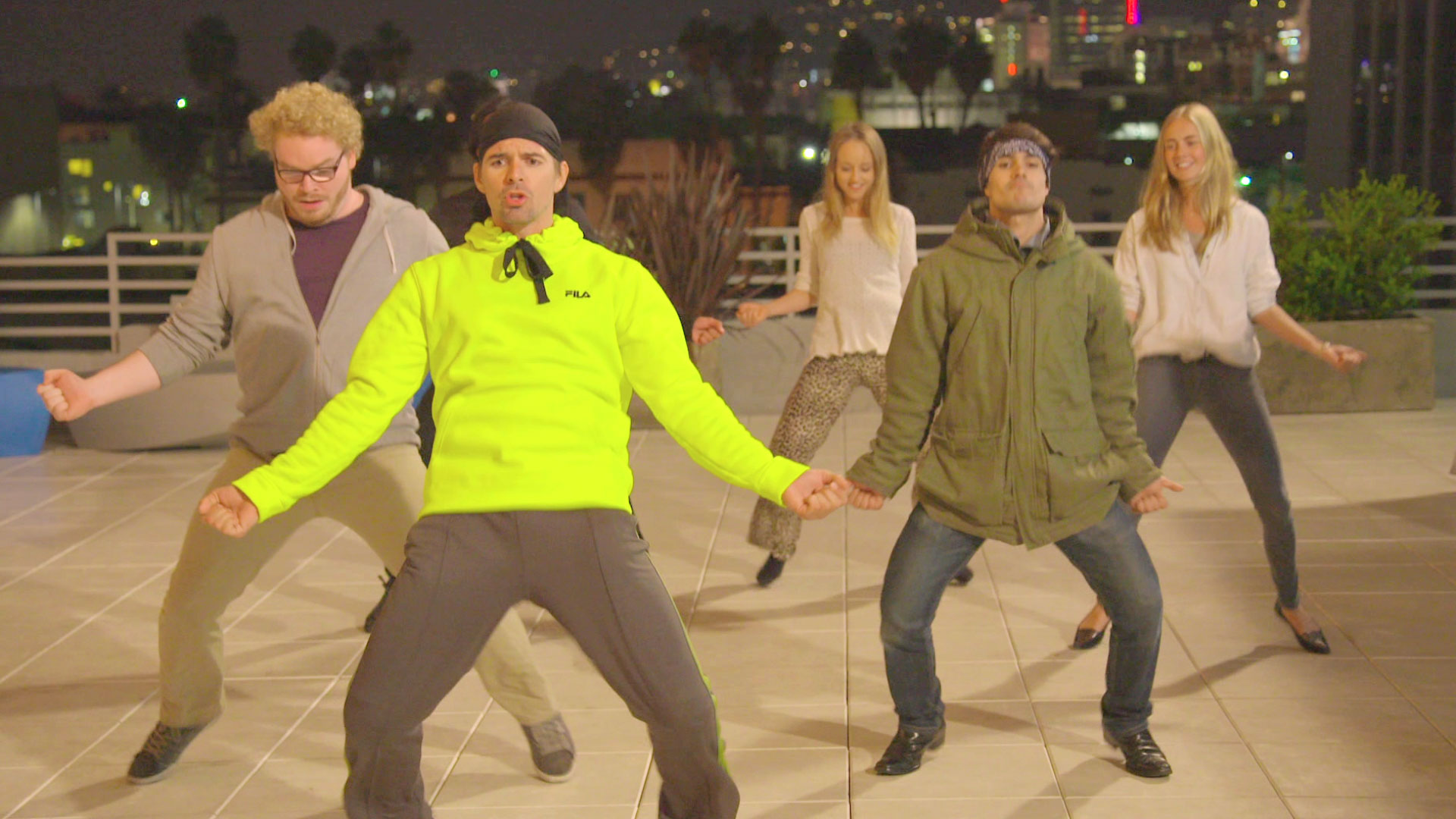