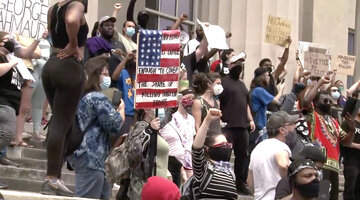 1:11
Preview
Your First Look at Race in America: A Movement Not a Moment 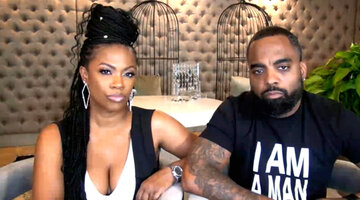 2:29
Show Highlight
Kandi Buruss Says the Younger Generation Is Not Playing Any Games 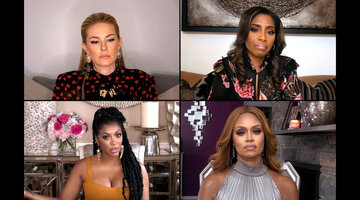 “I had someone think that I was my kids’ nanny,” Garcelle explained in the video above. “And she said something to me in Spanish and I said, ‘I’m sorry, I don’t speak Spanish,’ and she said, ‘You’d make more money if you spoke Spanish,’ and I thought ‘Well, does Telemundo pay a lot? As an actress, maybe I need to speak Spanish.’”

“When she realized one of my boys came up to me — and they were smaller — and he said, ‘Mommy,’ and she completely turned bright red and ran off because she realized they were actually my kids,” Garcelle continued. “So, you see it in all different ways, almost on a daily basis.”

Gizelle shared a similar issue she would experience while out with her children.

“When they were younger, we would go out, it was a major confusion as to why is this women who looks white with these brown children? Are they her kids? That’s offensive to me,” said Gizelle. “That makes me feel like, first of all, yes these are my kids, and it’s none of your business what color they are, but that is an immediate sign to me that you have some racist issues, because you are questioning the color of my children.”

In the video below, Porsha also details the questions she was often asked by her neighbors when living in a condo in Buckhead.

“Every time I walked my dog, it happened at least about five times to me, that when I was in the hallway, my white neighbors — all of them were white — would ask me, am I the dog walker? It almost was comical, like, oh my gosh, how many times do I have to tell you, I’m not the dog walker. Then, on another floor, I stopped at the gym, and they had a little play area for kids, and I was asked am I a nanny, and for my services,” she said. “It just became the norm. It was just something that I had to deal with in living in that building.”

For more conversations from Race in America: A Movement Not a Moment, watch the full episode through the Bravo app.

Porsha's White Neighbors Thought She Was a Dog Walker
Life is better as an Insider
Bravo Insider is your VIP pass to never-before-seen content, exclusive giveaways, and so much more!
Sign Up for Free
All Posts About
Garcelle Beauvais
Gizelle Bryant
Porsha Williams
Race in America
Black Lives Matter
Related

Porsha Williams Opens Up About Her Miscarriage