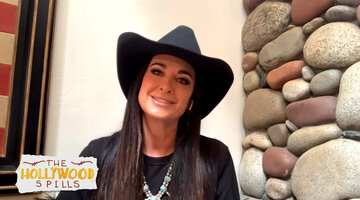 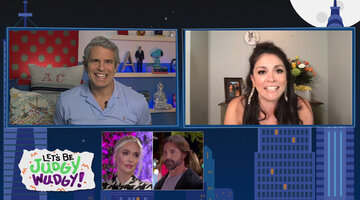 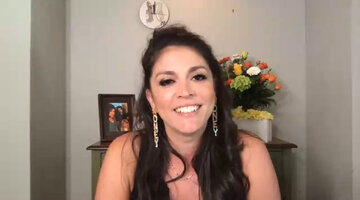 Garcelle Beauvais caused the jaws of The Real Housewives of Beverly Hills cast and fans alike to drop earlier this season when she acknowledged her new friends in a speech while being honored by the Los Angeles Mission.

"I want to say thank you to that table over there, everybody who supports me, loves me," Garcelle said at the event. "My new best friends. Some of them, not so much, but we'll figure that out."

Kyle Richards was particularly confused by Garcelle's speech. Teddi Mellencamp Arroyave told her friend that she thought Garcelle "made eye contact" with Kyle during her speech. Garcelle ultimately put the speculation to rest when she confirmed in an interview during the episode that she was, in fact, referring to Kyle in her speech.

Kyle shared more of her reaction to Garcelle's speech during her July 8 appearance on Watch What Happens Live with Andy Cohen: @ Home (clip above). "I was totally blindsided. I thought we were getting along great. I adore her, and I thought she was a great addition to the show," Kyle explained. "I was one of the first people to raise my hand and donate to her charity, and she didn't acknowledge that in the episode or anything. I didn't do it to be acknowledged, but it was really rude. It was really unbelievably rude to stand up and make a speech like that."

Garcelle clarified her remark during an interview with The Daily Dish earlier this season. "Listen, you have to keep it real. And we’re not all going to be best friends right off the bat, right?" she said. "So, that’s kind of how I felt. I felt like I knew some of them and some of them we hit it off right away and others not so much."

Also on WWHL: @ Home, Kyle responded to Garcelle and Denise Richards' claim that she "talks at them and doesn't take enough time to listen." "They're new to the show," Kyle said. "You have to speak up to get a word in edgewise in this group. So I've never been accused of that in 10 years."

Watch the 90210 crew dish more on all the drama in The Real Housewives of Beverly Hills Season 10 After Show, below.

Kyle "Would Not Be Happy" If Mauricio Got Into RHOBH Drama

Garcelle Beauvais Got Shady About Kyle Richards on WWHL