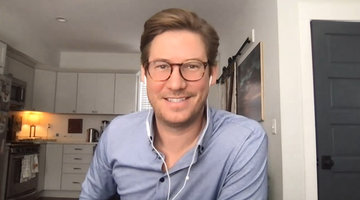 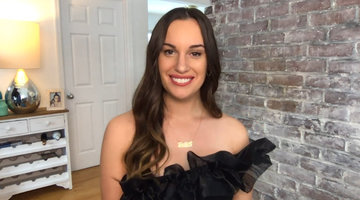 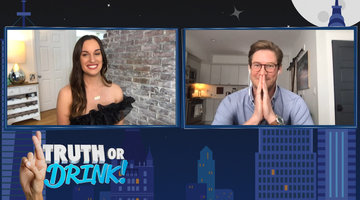 Summer is off to a pretty shocking start for Hannah Berner.

The Summer House cast member was quite surprised during the February 4 Season 5 premiere when Luke Gulbranson arrived at the Hamptons home in the company of a new friend, Ciara Miller. On the Watch What Happens Live with Andy Cohen episode following the premiere, Hannah explained how she was feeling when Luke and Ciara walked through the door together.

“You seemed genuinely shocked when Luke said he was bringing Ciara to the house. Had he never mentioned her to you?” Andy asked.

“Andy! He talks to me every day. We’re ‘best friends,’ he ‘loves me,’ not one mention of this girl, so when she walked in I was flabbergasted,” said Hannah. “And she’s drop-dead gorgeous, and I was like, this summer is not turning out how I thought it would be.”

When asked if she felt like she was overly friendly to Ciara upon her arrival, Hannah admitted, “You know, Paige said ‘Hannah’s trying to pretend she’s not jealous,’ and who wouldn’t pretend they’re not jealous in this situation? And also, it’s girl code. Don’t go and get mad at the guy. You need to go and warm up to the girl and be like, ‘Look, we’ve got to be together in this because someone’s going to get effed over.’”

All the Summer House Relationships Are Getting Tested in Season 5

Hannah also shared more about the physical aspect of their relationship in the video, above, explaining that her relationship with Luke “was a lot of emotion.”

Luke also opened up about his fling with Hannah in an interview with Us Weekly. “Hannah and I were friends [after Season 4]. We were very close friends, and we share a lot of things with each other. We talk a lot. Maybe she thought it was something else, but I was under the impression that Hannah actually was seeing somebody and had been seeing people. And I was just treating her like a friend like I always had,” he said.

Judging by the Season 5 trailer, it seems as though the summer will be filled with even more revelations about Luke’s various connections, including what may have gone down with cast members Lindsay Hubbard and Danielle Olivera.

Want more Summer House? New episodes air every Thursday at 9/8c or catch up on this season through the Bravo app.

For a preview of what’s coming next, including some new information about Ciara and Luke’s past, check out the video, below.

Ciara Miller Admits She and Luke Gulbranson Have Hooked Up
Life is better as an Insider
Bravo Insider is your VIP pass to never-before-seen content, exclusive giveaways, and so much more!
Sign Up for Free
All Posts About
Ciara Miller
Danielle Olivera
Hannah Berner
Lindsay Hubbard
Luke Gulbranson
Summer House
Bravo Relationships
Related

Kyle & Amanda Hit the "Lowest of Lows" Before Season 5

Hannah & Paige on Why "Friendship Is on a Different Level"