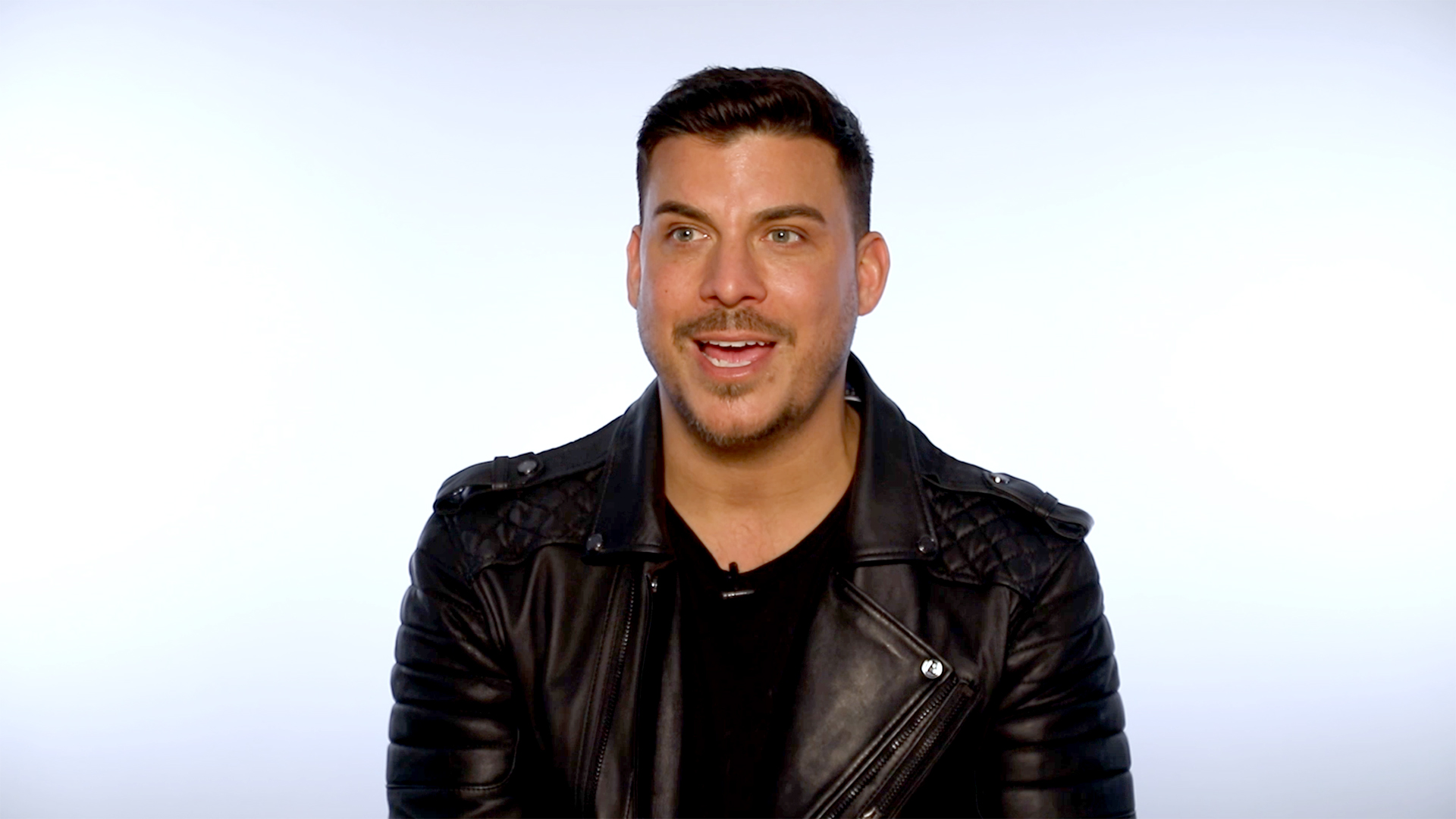 Things can get tense when the Vanderpump Rules crew assembles for a reunion. And that will be no different when the Season 5 reunion kicks off Monday night. However, there was one guy who didn't feel as anxious as some of his pals.

Katie Maloney-Schwartz Reveals the One Reunion Moment That Silenced Everyone

Emotions were also running high for Jax's girlfriend, Brittany Cartwright, who makes her reunion debut. "It was Brittany's first time. No, she didn't cry. About halfway through lunch, she had a nervous breakdown. She couldn't handle it, and it wasn't because of me," Jax teased. "It was because the girls were getting so much heat. Brittany's not used to that. She doesn't like the drama thing. She just doesn't like it. They had to sit her down and be like, 'Listen, it's OK. This is just recapping things that happened, kind of opening old wounds,' which sucks but that's part of the reunion."

In a surprising twist, Jax and James Kennedy, who you may remember are in a famous rivalry with one another, spent the taping sitting next to each other. "It was an interesting reunion, a lot of interesting things happened. A lot of special guests came on. We had people coming, we had people going," he said. "My placement was interesting. I was right next to James. Like literally right next to James. When I walked in 8 o'clock in the morning, I was pissed. I was livid, like, 'Why did you guys do this?' But you're gonna see what happens. I was even shocked."

Preview
Did James Date Kristen Just to Get on the Show? 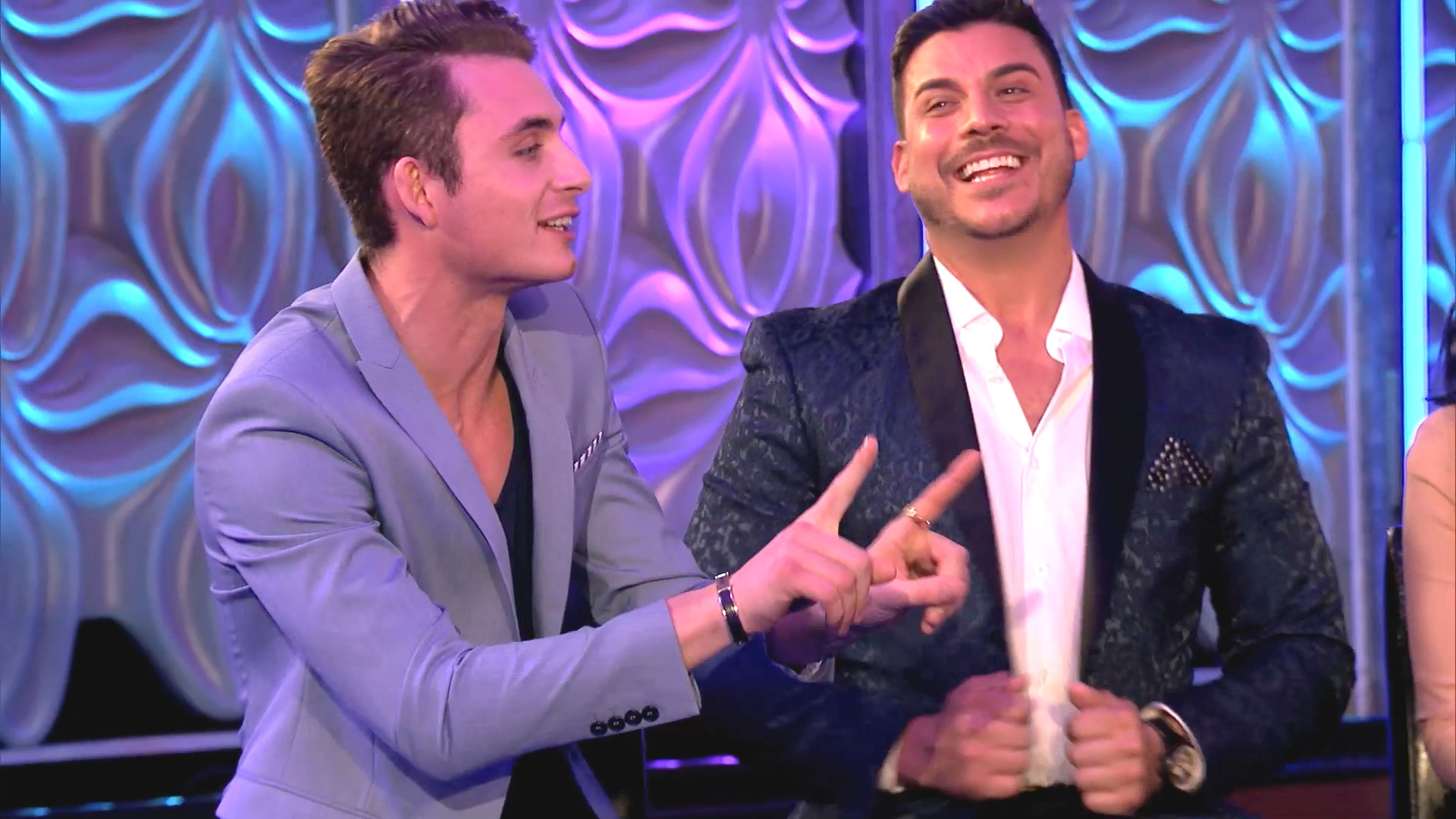 Check out a teaser for the reunion, beginning Monday at 8/7c, below.

Preview
Your First Look at the Vanderpump Rules Season 5 Reunion 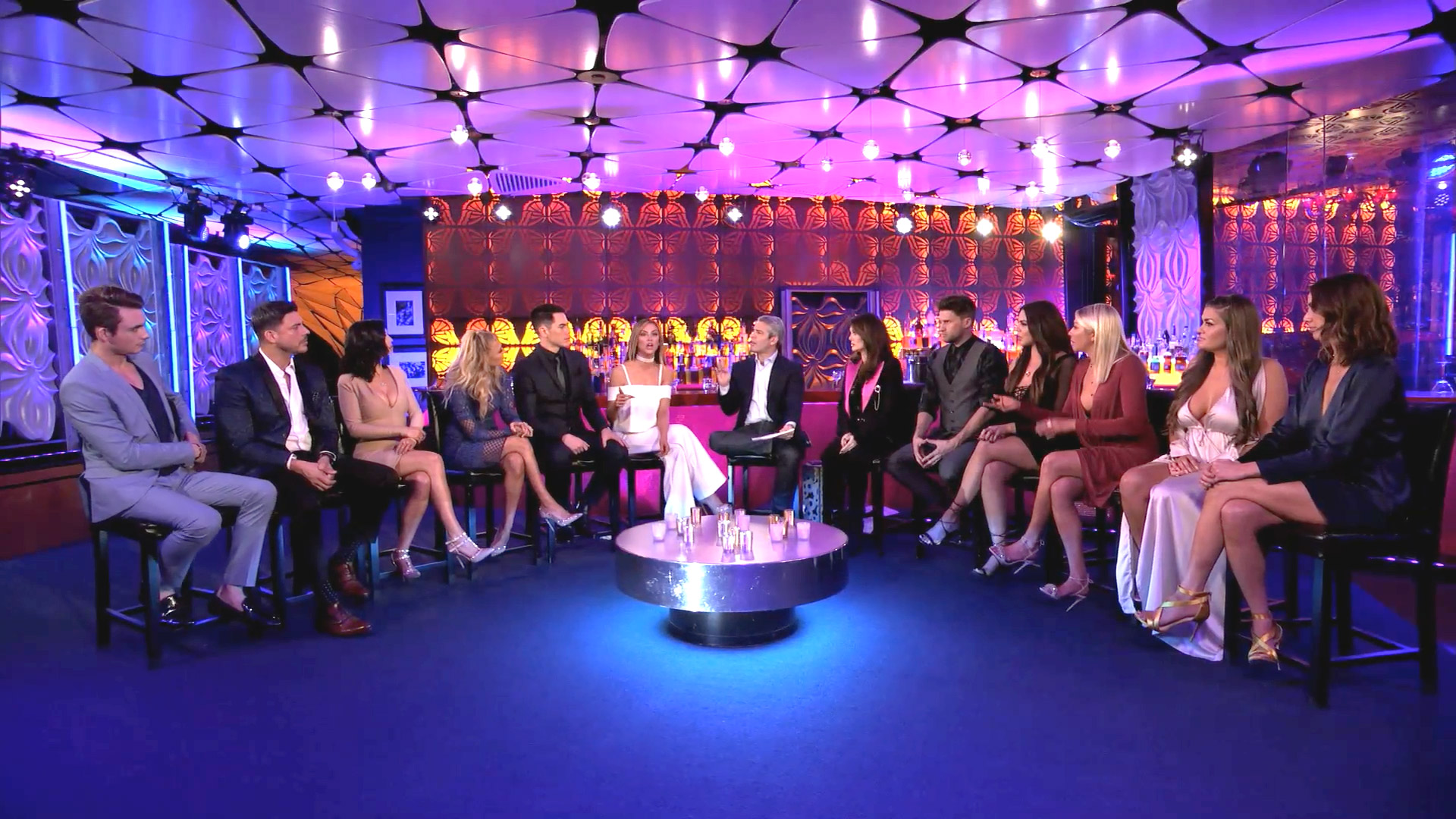 Ariana Teases a Guest at the Vanderpump Rules Reunion