Joe Simpson is facing his cancer diagnosis head on. The manager/photographer hasn't let his prostate cancer diagnosis stop him from living his life. "Bad stuff happens to everybody and it can either kill you or make you stronger, and hopefully I'm stronger," he told The Daily Dish on Tuesday following his cameo on Vanderpump Rules. "It slows you down for a minute and then you just get back up and roll again."

In fact, Jessica and Ashlee Simpson's dad is doing quite well following a surgery four months ago. "I'm feeling great. The numbers are great and I recovered from the surgery and I'm working every day," he said. "I probably shoot four or fives times a week, working every day [and] doing my thing. We all have bumps in the road. Cancer is disease that never goes away. Even though it's in remission, it never goes away. It just takes one cell to multiply in you, so I think the good side is that it made me refocus. Instead of having a five-year plan, I have a one-day plan. I'm gonna do what I got today cause that's all I've got."

He's also got his famous family to lean on during this trying time. "The girls, my whole family was such a support during the whole surgery and the recovery," he said. "And it takes a while to get through a major surgery, but the important thing to do [is not] sit around and be depressed. I'd rather work every day. I'm healthy and I'm blessed and I have been blessed with beautiful children and unbelievable opportunities. How can I complain at all? It's a joy."

Joe's cancer battle went public, even though he wasn't completely comfortable with any attention being brought to it. Still, as a dad and longtime manager for his celebrity daughters, he's used to seeing news pop up about his family in the rumor mill.

"Well, you know, the stuff about my children is always hard 'cause I know the truth and I had to learn years ago by people like [publicist] Cindi Berger at PMK that helped me shut my mouth cause that makes it worse. That was a hard one for a dad. People can say, about me, whatever they want to. People that know me know the truth," he said. "The cancer part's a little more personal, so that's the one thing I never really wanted in the press... if there's anything to be said about that, hopefully it's positive. Even with something as deadly as cancer, that's not reason to give up and that's no reason to quit. It's just another thing to deal with, so we all got problems."

Check out more of Joe's Vanderpump Rules cameo, below. 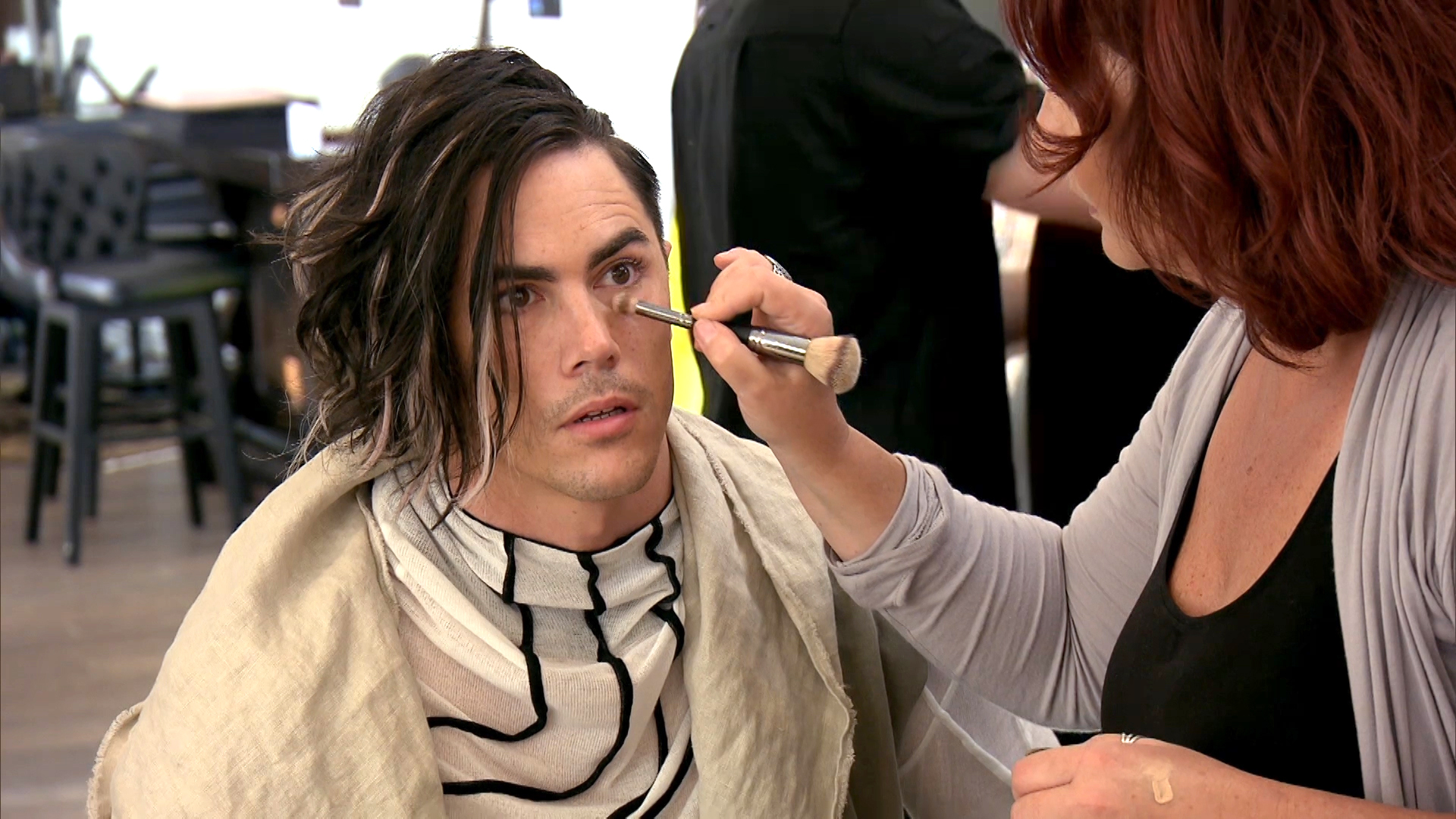