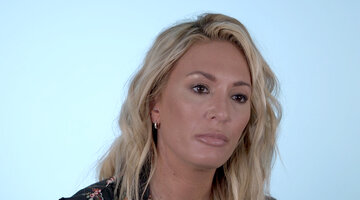 Now Playing
0:26
Below Deck
Kate Chastain Gives an Update on the Situation with Her Ex 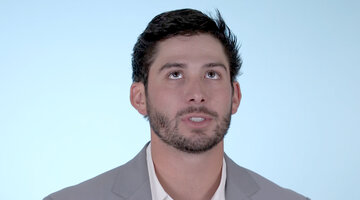 1:11
Below Deck
Nico Scholly Reflects on His Brother's Passing 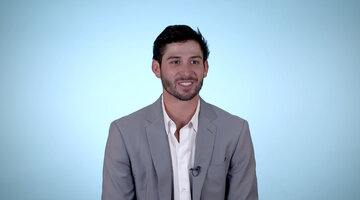 0:26
Below Deck
Is Nico Scholly Still Together with His Girlfriend?

Below Deck fans were introduced to Kate Chastain's then-girlfriend Ro Hernandez last season when she came to join the crew for some fun in the sun. But cut to a few months later, and the couple called it quits after their public drama grabbed headlines.

Kate said that she has neither spoken to Ro nor do the two keep in touch these days when The Daily Dish caught up with her Monday. The Below Deck chief stew also gave an update on where her legal matters stand with her ex now more than a year after their drama began. Find out the status of the situation in the video, above.

Kate previously opened up to The Daily Dish about what it was like watching her ex on Below Deck last season. "A lot of my friends and family are concerned or caring about how I'm gonna feel viewing my ex on the show," Kate explained last year. "But honestly, I think the human body can only tolerate so much pain caused by another person, and I reached that quota about two months ago, so really nothing else can really hurt me anymore."

It looks like Kate is ready to get her flirting on once again this season of Below Deck, which returns Tuesday at 9/8c. Check out what's on the horizon for the chief stew and the rest of the Below Deck crew this season, below.

Your First Look at #BelowDeck Season 5!
Life is better as an Insider
Bravo Insider is your VIP pass to never-before-seen content, exclusive giveaways, and so much more!
Sign Up for Free
All Posts About
Kate Chastain
Below Deck
Exclusive
Relationships
Related

Was Kate Chastain Ready to See Her Ex on Below Deck?

Kate Chastain Gives an Update on Her Ex-Girlfriend