This past week, things got serious on Real Housewives of Atlanta when Kenya Moore had the cameras document her scary brush with breast cancer. Kenya's now opening up about it to Ebony.com, hoping that by allowing viewers in on her story they might take more precaution than she herself did.

Kenya tells Ebony that "Ultimately, I knew that it would help people" by showing her story, and notes that she "made a huge mistake when I first found out about my lump. I went and got checked out from my doctor’s orders and had my mammogram, but I had such a horrible experience that I didn’t come back for the results. I just got scared. I was by myself and I didn’t tell anyone. I kept it all to myself. I never told my aunt, I never told my boyfriend, I never told my cousins, my best friend. I didn’t tell anybody."

Finally, Kenya's aunt persuaded her to get a biopsy, and she held off on finding out the results until a day that she was taping because she knew "it’s going to save peoples’ lives." 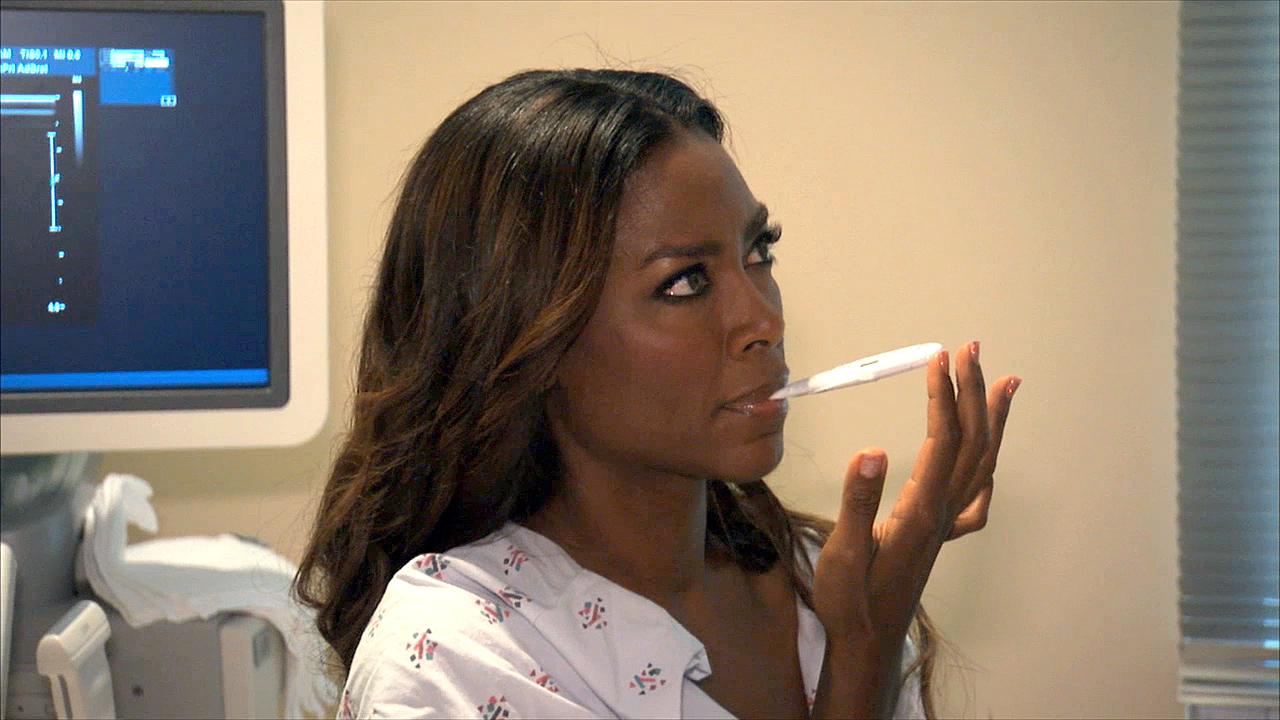 "I wanted it to be authentic: I didn’t get the results before I did it on camera, so when my doctor told me what the news was, it was the first time I heard it, because I wanted the viewer to know what it’s like to actually go through it and know that it’s OK. That no matter what, it’s going to be OK. You just need to get early detection and early treatment because that’s what’s going to save lives."

Still, a basic mammogram wasn't the end game for the whole process. "It was my second mammogram since I was 41, but the lump was not found from my mammogram, it was found from my doctor’s examination. Even when I went back to get the mammogram, they still couldn’t see it, and then I had to do an ultrasound, and that when they found two. I had to go back again when I saw my new doctor and went over the same process all over again, and they actually found three lumps. It was pretty scary."

Thankfully the lumps were not cancer, but now Kenya knows to stick to a strict schedule of checkups every six months to ensure the lumps don't progress into cancer. She's also urging fans to take a different course than she did, saying they should "go get checked if you have any kinds of breast cancer in your family. Don’t wait until you’re 40, maybe go at 35. Do the self-examination. Because mine was detectable from the mammogram, you could feel the actual lump. I didn’t take it seriously, so I’m not what to do. This process taught me that was the wrong course of action."
All Posts About
Kenya Moore
The Real Housewives of Atlanta
Related Show