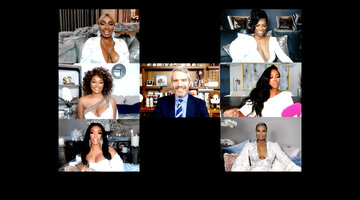 0:45
Preview
Your First Look at The Real Housewives of Atlanta Season 12 Reunion 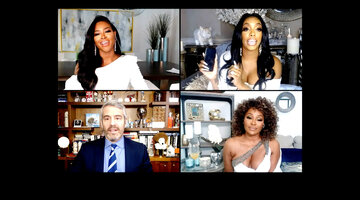 0:45
Preview
Porsha Williams Brings the Receipts on Kenya Moore to the Reunion 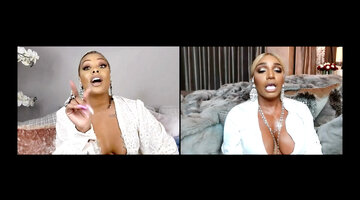 0:56
Preview
Nene Leakes Comes for Eva Marcille: "You Were Licking Bottoms to Stay on Top"

During The Real Housewives of Atlanta Season 12 After Show, Kenya Moore teased that she had receipts calling Porsha Williams and Nene Leakes' recent reconciliation in Greece into question. However, it was actually Porsha who came through with the most shocking text message.

Porsha confronted Kenya about her and Kandi Burruss calling her rekindled friendship with Nene "fake" in the After Show during The Real Housewives of Atlanta Season 12 reunion. "Why did that bother you to the point where you're like, 'I'm gonna bring receipts to the reunion.' Why?" Porsha asked Kenya during the virtual sit-down. "And where are your damn receipts?"

Kenya then finally revealed the receipt we've all been waiting for, alleging that Nene once called her and Cynthia Bailey after it was announced that Porsha would be appearing on The Celebrity Apprentice in 2017. "So she called us and told us, 'Did y'all see what was in the news today? Did y'all see Porsha's doing Celebrity Apprentice? Y'all over here thinking she's dumb. She's so dumb, but she's over here making moves. What we gonna do about this?'" Kenya recalled.

Porsha responded to that with a receipt of her own. "I have a receipt in my phone — that I will not read verbatim because I do respect private texts at some point — between myself and a Kenya Moore, and this was at a time when she was very much friends with you, the much, much gorgeous, so gorgeous Cynthia, honey," Porsha said. "And she basically was letting me know that she was gonna get your ass. And that she knows what you are up to. And that she is not here for what you are giving on this show. And that she will be coming for you."

Porsha went on to call Kenya a "fake friend." "You're a horrible friend with your fake receipts," she said. "But you look cute."

You better believe Kenya had something to say about all this. While live tweeting Part 1 of the RHOA Season 12 reunion as it aired on May 10, Kenya doubled down on the receipt she presented at the reunion. "[Nene] was bothered by Porsha doing Celebrity Apprentice and said 'she’s making moves, what are we going to do about it.' Trying [to] get [you] fired. Bothered by your success, if it doesn’t matter that’s on [you]," Kenya tweeted, adding "#fakefriends or #realfoes."

N was bothered by Porsha doing Celebrity Apprentice and said “she’s making moves what are we going to do about it”. Trying 2 get u fired. bothered by your success if it doesn’t matter that’s on u #fakefriends or #realfoes #RHOAReunion

Kenya also said she "never dogged Cynthia out to Porsha." "If I have a problem I’m going to say to your face. I don’t dog people behind their backs, I’m gonna come from the front," she said in another tweet.

The Georgia Peaches have lots more to discuss in Part 2 of the reunion. Get your first look at what's to come, below.

Andy Cohen Reveals How "Excellent" Season 13 of RHONJ Is