Is Someone Coming After Captain Sandy Yawn's Job?!

Captain Sandy Yawn is such a boss as the fearless leader of the Below Deck Mediterranean crew — but there's someone else who looks darn good at the helm of a ship.

Kris Jenner recently shared a photo on Instagram of herself in the wheelhouse of a yacht while on vacation. The legendary momager looks absolutely stunning in her flowy, multicolored outfit while holding up some binoculars to keep an eye on the sea. She also lifted her left leg up to the yacht's controls for some extra fierceness.

Kris looked like such a natural in this photo that it made Kate Chastain think she might want to bring her managerial skills to Below Deck or Below Deck Mediterranean one day. "She’s after your job @capthlr @CaptSandyYawn!" Kate joked on Twitter.

Captain Sandy couldn't deny how swell Kris looked in the bridge of the yacht. "Kaptain @KrisJenner," the Below Deck Med boss dubbed the Keeping up with the Kardashians star on Twitter, adding, "#BoatingMeansBusiness."

Hasn't Kris been the captain of the Kardashian-Jenner crew all these years anyway?

Of course, no one could replace our beloved Below Deck and Below Deck Med captains. Check out a sneak peek of what Captain Sandy has in store for the crew in Monday's all-new episode of Below Deck Med, below.

Preview
Captain Sandy Yawn Has a Surprise for the Crew 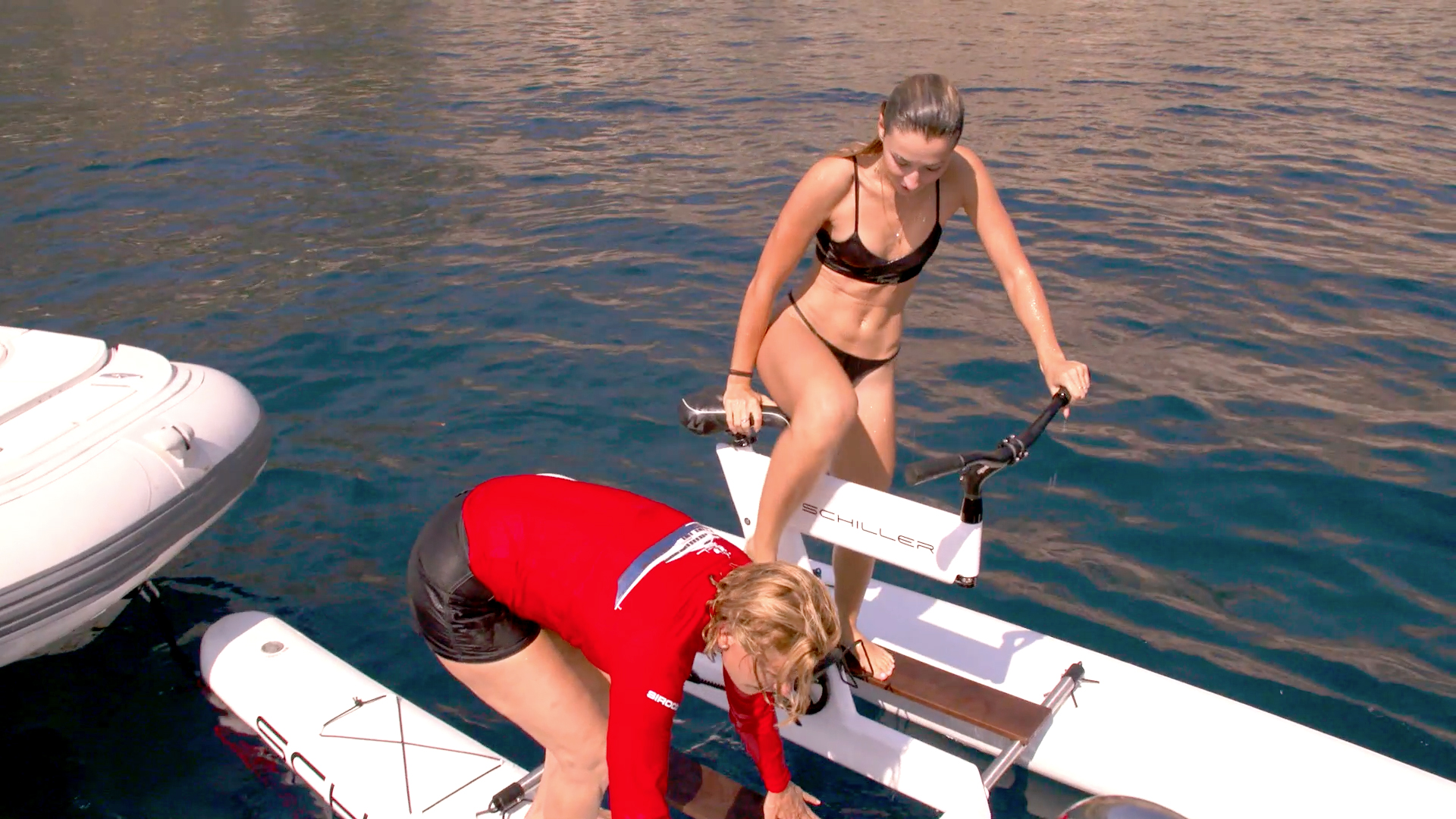