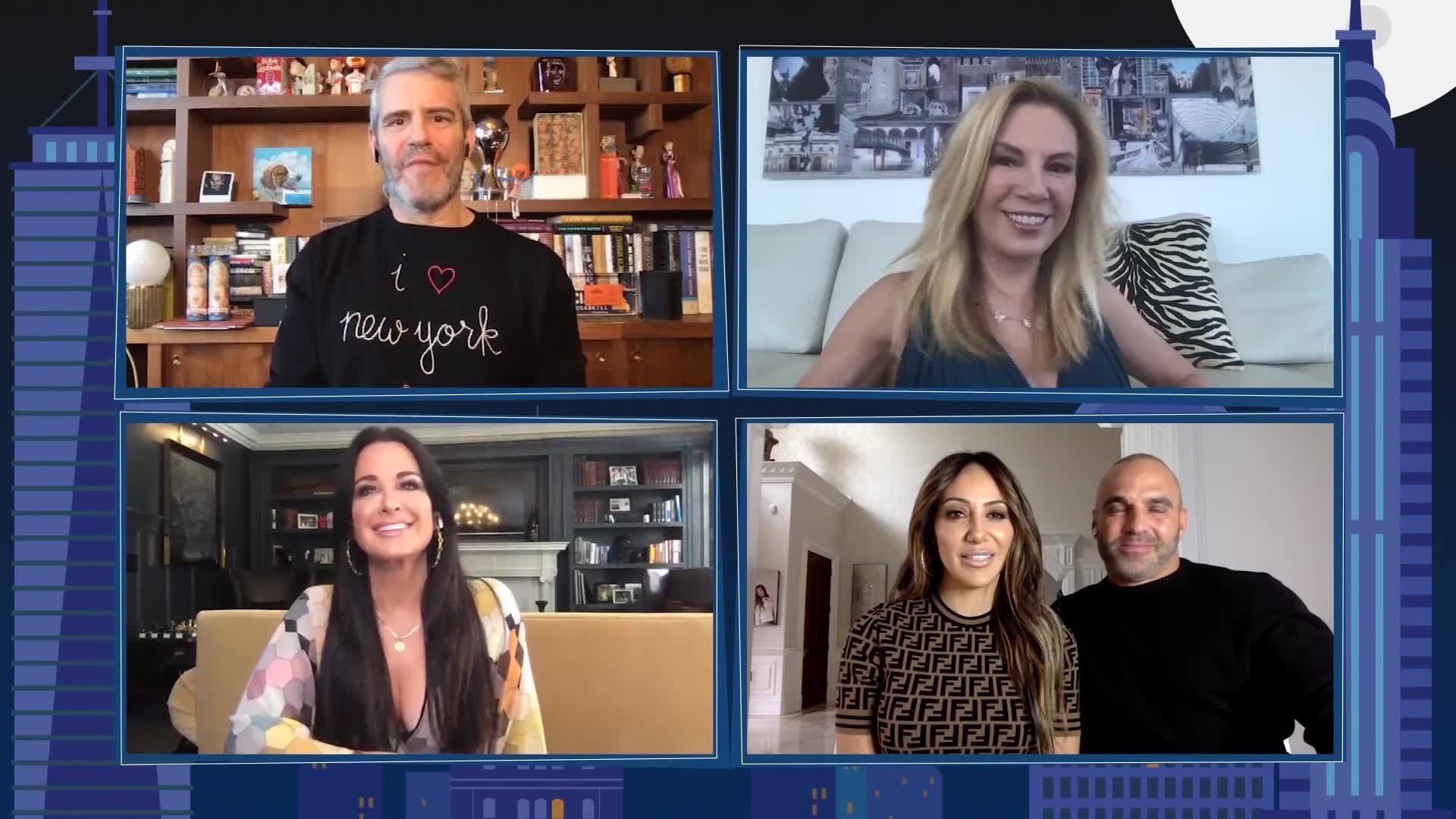 If you've watched the trailer for the upcoming Season 10 of The Real Housewives of Beverly Hills (and really, who hasn't?), you know that things get pretty dramatic between Denise Richards and the rest of the 90210 squad this season.

So when fans noticed that Denise wasn't totally in the frame of the below photo from the RHOBH girls' trip to Rome coming up later on this season that was posted by Kyle Richards on Instagram on March 18, they wondered if she was deliberately cropped out, given how much conflict she appears to go through with the other ladies in the new season.

This season on #rhobh we spent time in one of my favorite places in the world...Italy 🇮🇹 I love the people,the culture,the food ,their zest for life, their kind and inviting spirit. My heart goes out to all of the people of Italy and the rest of the world during this difficult time. I know that we will all get through this and end up stronger and more unified because of it 🙏❤️ Season 10 trailer coming tomorrow 😳 #RHOBH #Italy 🇮🇹❤️

Kyle addressed the controversy over her Instagram post while appearing via video chat on Watch What Happens Live with Andy Cohen: @ Home on April 2, explaining that she in no way intended to leave Denise out and noted that she is fully visible in a group shot also included in the collection of pics. "Yeah, but they don't focus on the fact that the picture right before that she was dead center," Kyle responded to fans' claims about the Instagram post (clip above). "I was putting 10 pictures up, and by the time I realized she didn't fit — it was not intentional. I'm not that petty!"

Also during her WWHL: @ Home appearance, Kyle said that there are "a lot of moments" that she's "nervous" to relive this season, especially when it comes to that aforementioned Italian getaway with the gals. "I think there's a lot of moments like that in Rome," she teased. "That was a very stressful trip for everybody, some more than others."

What goes down with Denise this season will definitely be surprising, according to Kyle. "That's where everything sort of fell apart with the cast," she said in the below video. "It was a shock, for sure."

After Show: Ramona Singer’s Zoom Chats with the RHONY ‘Wives 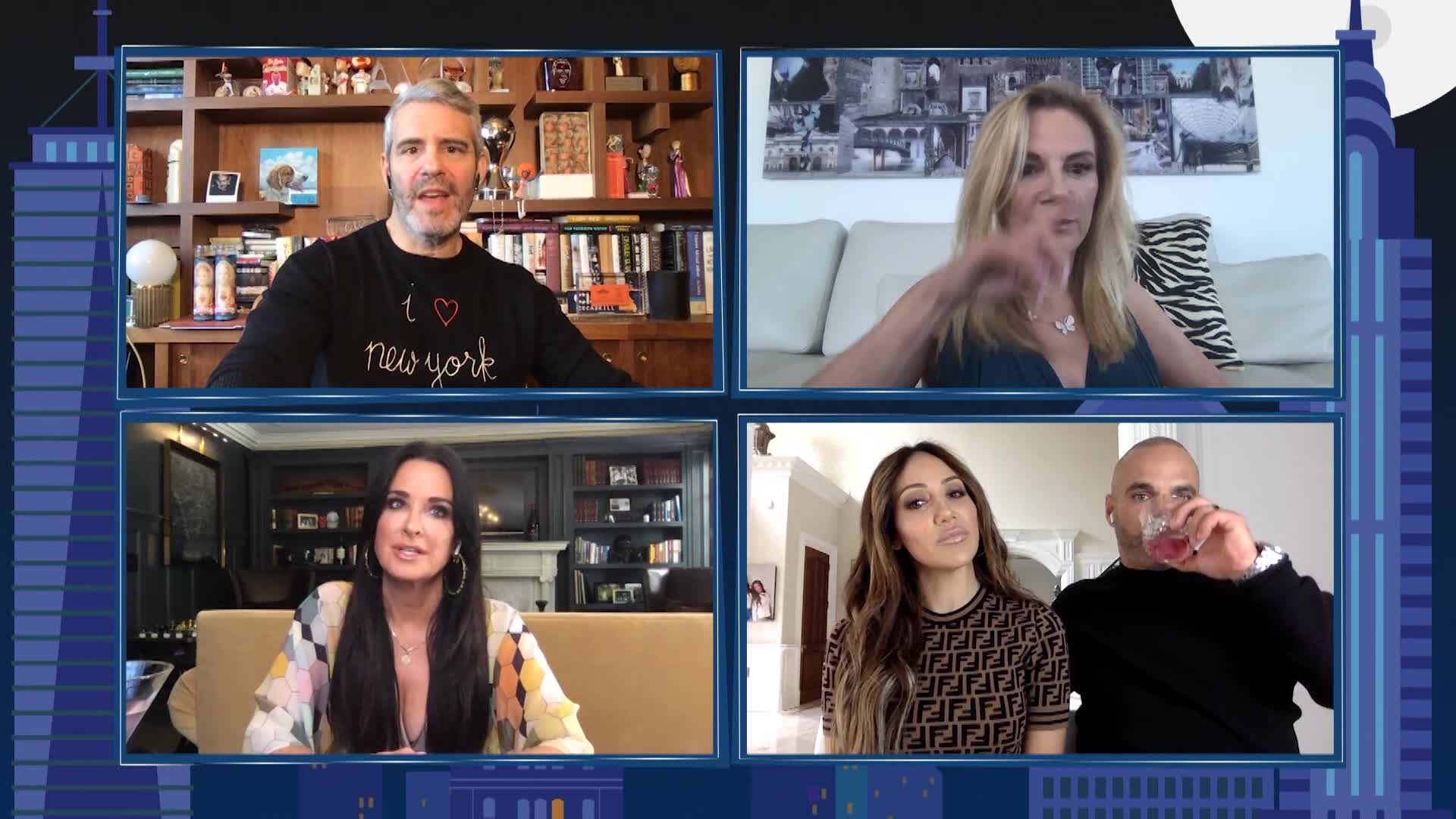 RHOBH returns for Season 10 on Wednesday, April 15 at 9/8c. See everything that's in store for the new season, below. 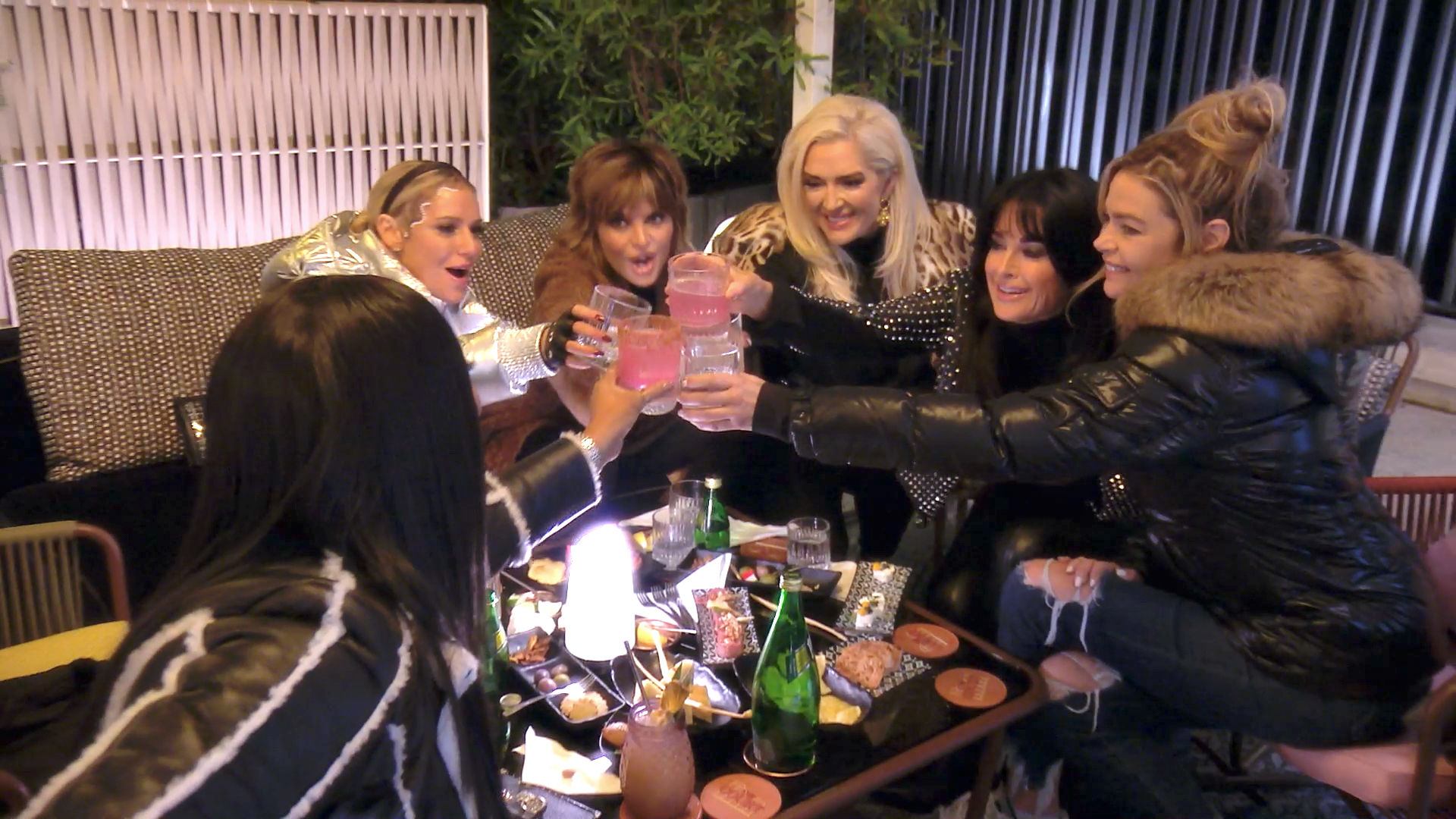