Sign Up for Free to View
Does Caroline Stanbury Want to Return to Reality TV? 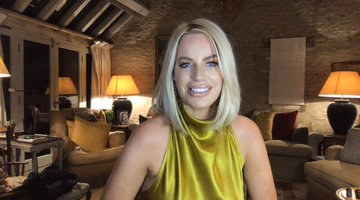 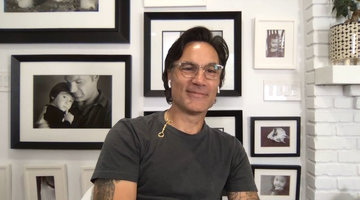 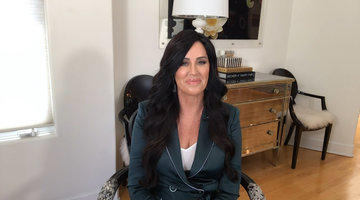 Life has changed quite a bit for Caroline Stanbury since we last saw her on Ladies of London. On a special Bravo Blast from the Past edition of Watch What Happens Live with Andy Cohen, Caroline caught us up to speed on what she’s been up to lately and what the future holds for her and her family.

“I am living in Dubai. It’s a very different world, but I’m living there and loving it,” Caroline shared.

When Andy Cohen asked Caroline how her “hot fiancé” is doing, she replied, “He’s amazing. He’s sitting next to me,” and surprised viewers with a guest appearance from Sergio Carrallo himself in the clip, above.

Caroline shared news of her engagement on January 2 after Sergio popped the question during a trip the couple took to the Himalayan peaks in Nepal. She teased their upcoming wedding plans, noting, “We wanted to get married in November, which we’re aiming for the end of the year.”

Later, during the After Show of the May 3 WWHL episode, Caroline opened up about her children. When asked if they’ve ever seen Ladies of London, she revealed that they’ve started to show some interest in the show lately.

“I actually came home the other day and found my daughter in bed with a girlfriend of hers — in my bed — watching it. So they kind of sneak and watch it,” she said. “My sons aren’t interested. They’re 10.”

Caroline has three children with ex-husband Cem Habib, from whom she split in December 2019: daughter Yasmine and sons Zac and Aaron.

After Show: Bravo Alums on Their Favorite Show Moment

Caroline opened up more about her life since Ladies of London in her recent appearance in Life After Bravo, which you can check out, below.

Caroline Stanbury Says It Was Hard Being Criticized for Her Parenting Choices
Life is better as an Insider
Bravo Insider is your VIP pass to never-before-seen content, exclusive giveaways, and so much more!
Sign Up for Free
All Posts About
Andy Cohen
Caroline Stanbury
Ladies of London
Life After Bravo
Bravo Relationships
Kids
Weddings
Related
Style & Living